April 21, 2015
Featuring rewinds from various artists around the world. If you have had week or weekend of mind blowing AWESOMENESS and would like to share, hit us up! We will put you in as a Guest Highlight!-
Song River Email: cowgirlzenphoto {at} gmail

I tend to rerun my beginnings in music after an epic weekend of shows and some may be pretty tired of hearing me count my blessings, but I can't help it.  It was so *freaking* uphill when I picked up a guitar a few years ago that I didn't think that I would ever get the hang of it enough to play… Our five shows in three days weekend, aka “Can't Stop the Rock Week” as per Andy, started at Xtream Bean in Tempe with an acoustic set and we invited our friend, Joey Vitagliano, to open for us.  We love Joey, son of David Vitagliano, of local band, Squiddog.  Joey did such a great job this night so be sure to look for him at his own shows!!!  For our set, we tried out a few new tunes which was fun because David was there too and he himself being a fine, fine songwriter, I knew he’d be listening intently.  We did one we don’t play in the band yet, titled “Done” and David gave it thumbs up!  Whew!!!!  Thank you, Vitagliano’s, Xtreme Bean and staff mates, and my new friends who forgave the directness of my “hey, excuse me!” request to change seats so we could set up…  :o)  Our next show at the Bean is schedule June 19 and we invited locals, Extreme Danger, to open the show for us!

We headed up to Pho Cao to play a show with a ton of locals and friends, Bryon Mogol, Exploding Oranges and Manic Monkeys.  Our set time was midnight, a time we often rock, but the show ran late and we didn’t hit the stage until after 1 am.  Poor Adam, our soundman for the night, was sick and needed to go home, but he hung in there and set us up.  We were lucky our friends also hung in there and danced with us at that late/early hour – Sadie, Tiffany, Mike, Bob, Joel, Bryon, Bubba, Renee, and if I missed anybody, I bet I hugged you this night so please forgive me here!!!  Thank you, Bryon, for having us out and thank you, Victor, for fussing over us!  Our next show at Pho Cao is May 8!

I didn’t get home until almost 3 am Saturday morning from Pho Cao and when I did, I realized I left my cell phone in my gig bag which wasn’t  with me and I use it for an alarm clock; I had a breakfast date at the Tempe History Museum at 8 am... I had a bit of a crisis at that moment so what’s a girl to do?  Set the oven timer for four hours of course!  As it turned out, my dog had his own “I’m going to get sick” clock set for 5 am and well, that kept me awake enough to hear the oven timer go off right on time… I made it to the museum right on time and it was a wonderful morning adventure.  Thank you, Gabriel and Andy, for sharing it with me. 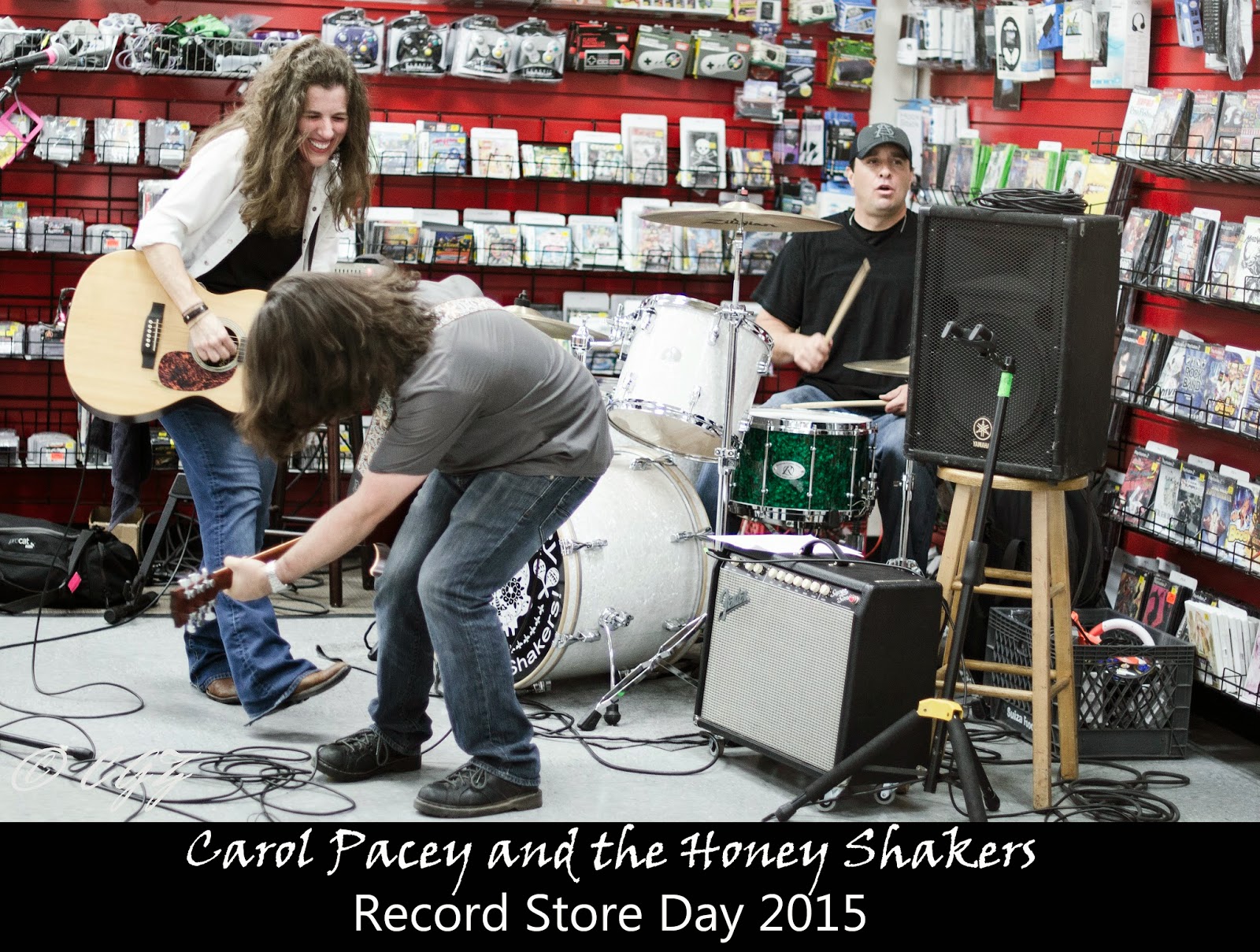 Zia’s Record Store Day was our next show on Saturday.  I admit that I was super nervously excited! We were very excited to have our song “Rock and Roll Saves” on their You Heard Us Back When, Vol 9 especially after I almost didn’t submit anything this year…you know, after not getting on the compilation for a few years in a row…  We had so many friends there in support (!!!!) and then to top it off, I chatted with both Gary Smith and Lawrence Zubia from Pistoleros!!! We played a show with Gary back in November so it was GREAT to see him again and oh my, he’s sooooooooooooo good!!!  And then to chat with Lawrence…what!?!?!  That was over the top for my brain a bit and sort of made me a bit nervous again.  I have a bracelet that I wear in honor of a fellow working hard on a personal challenge and it has the word RELENTLESS on it…I stared at it the whole show to keep my nerves to a dull roar! We had some sound challenges and we weren't supposed to rock too loudly so overall, I think we did pretty well!!!  Thank you, Mary at Zias, Pierre, Kat and Danger kiddos, Mindy, Song, Brian, Susan and Kesner kiddos, Bubba, and countless new friends!!!

After a bit we headed up to ThirdSpace.  Have you been there?  Have you been there at sunset?  Go to there.  Go to there at sunset.  It is the most beautiful spot!  Andy and I set ourselves up at a front table and we loved on every band…Kevin Daly, the World Famous Truckers on Speed, the Earps and Scorpion vs Tarantula!!!  Soooooooooooooooooooooo many friends were there this night, it was soooooooooooooooooo much fun!!!  And the best part, $1,100 was raised for Arizona Coalition to End Sexual and Domestic Violence!!!  Thank you, Neil, Patricia, Zack, Mindy, Julia, all of the ThirdSpace staff (you rock!!!), Bubba, Graciela, Brandi, Lisa, Vinny, Cassie, and Dave, and every new friend we made that night!!!

I think I was home by 1 am and up the next day by…well, at least in time to be on time at Mindy Timm’s beautiful art show at 2 pm!  Andy and I did a few acoustic sets in the shade to entertain Miss Timm’s friends and family, and it was just such a nice way to end a beautiful weekend. Thank you, Mindy, Julia, Chelle, and all of your family and friends who made us feel very welcome!!! And that sangria…YUM!!!!

So there you go, five shows in three days, and it was just the best because so many of our friends shared in the shows with us!!!!  THANK YOU!!! 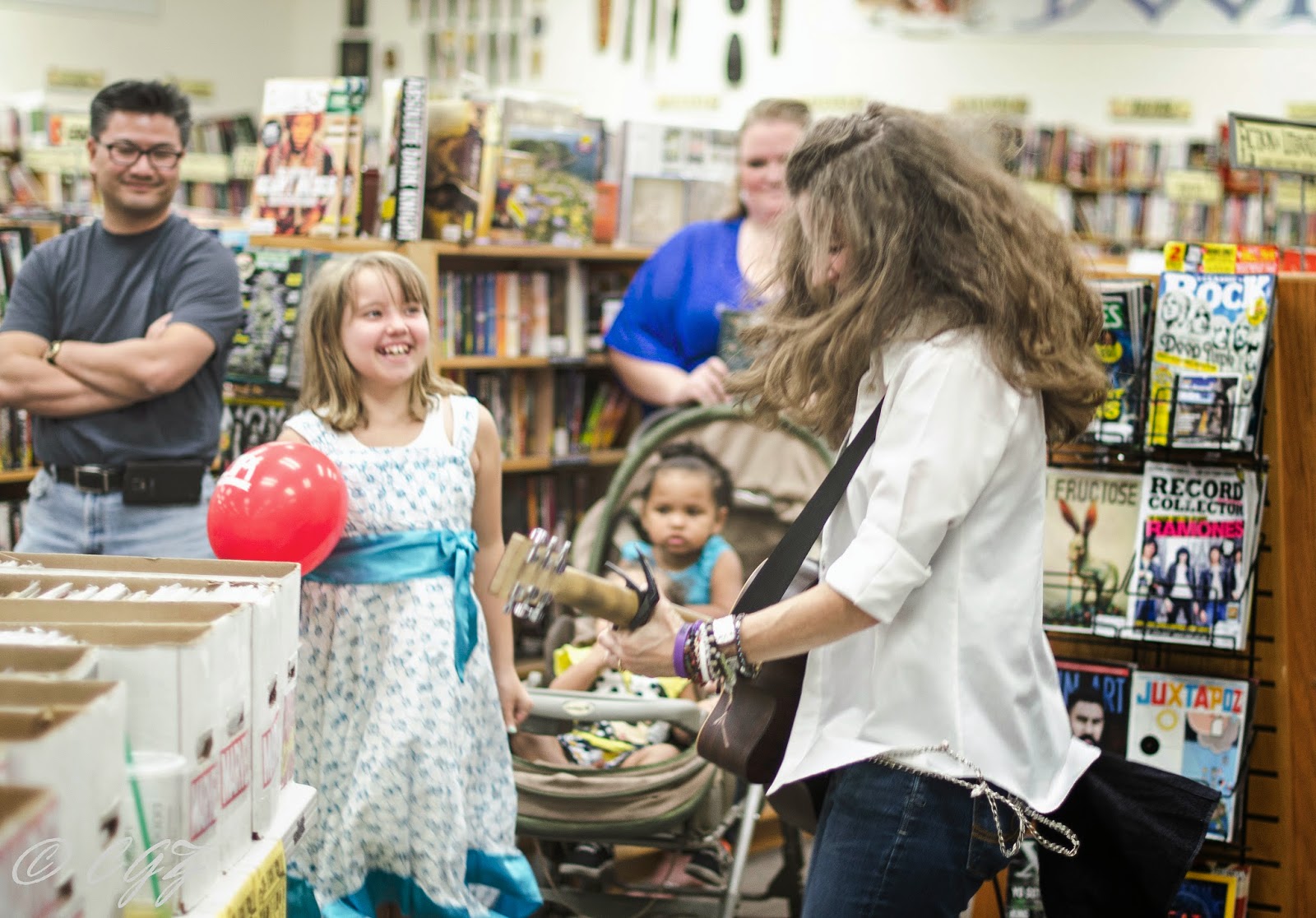 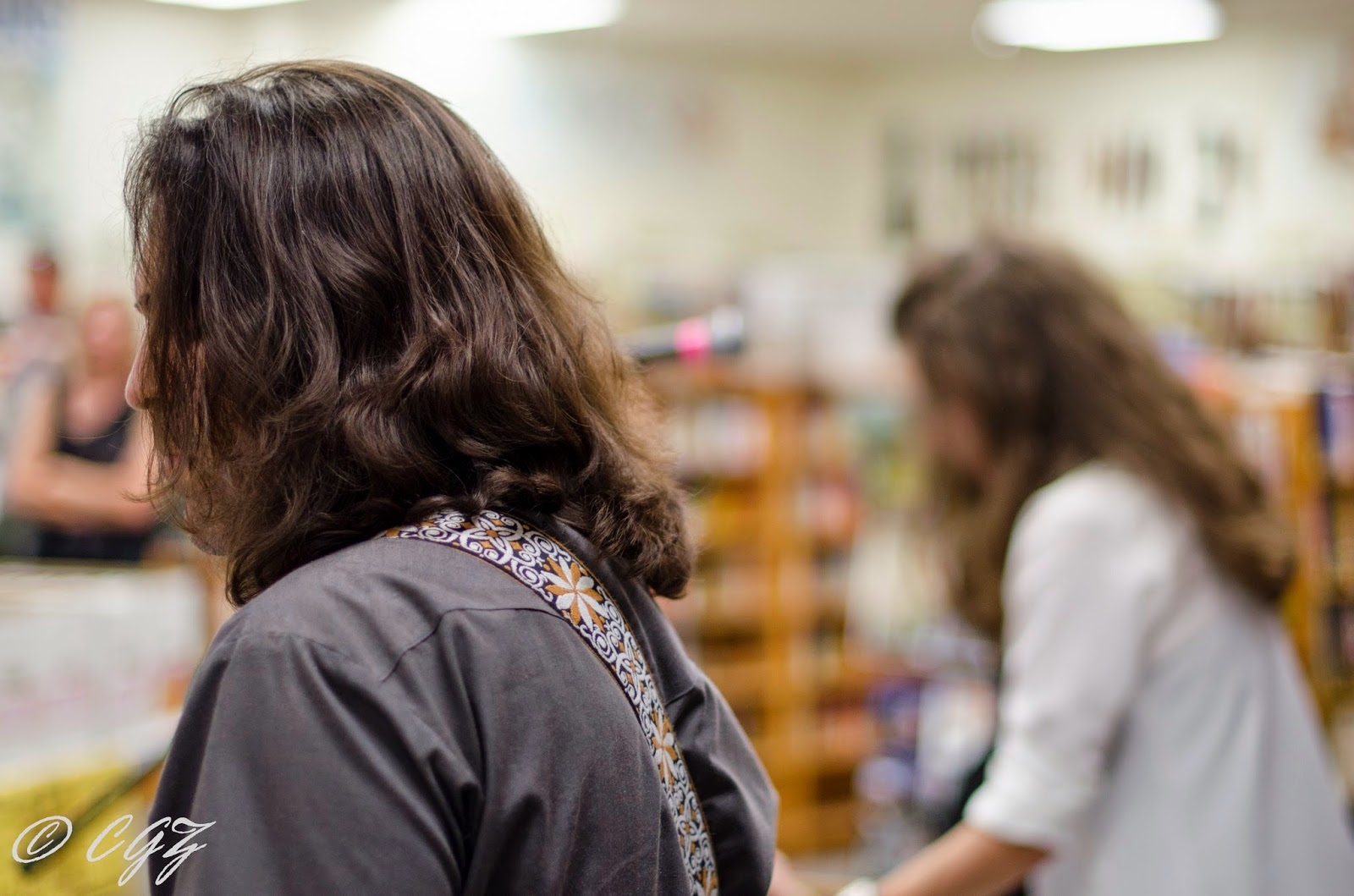 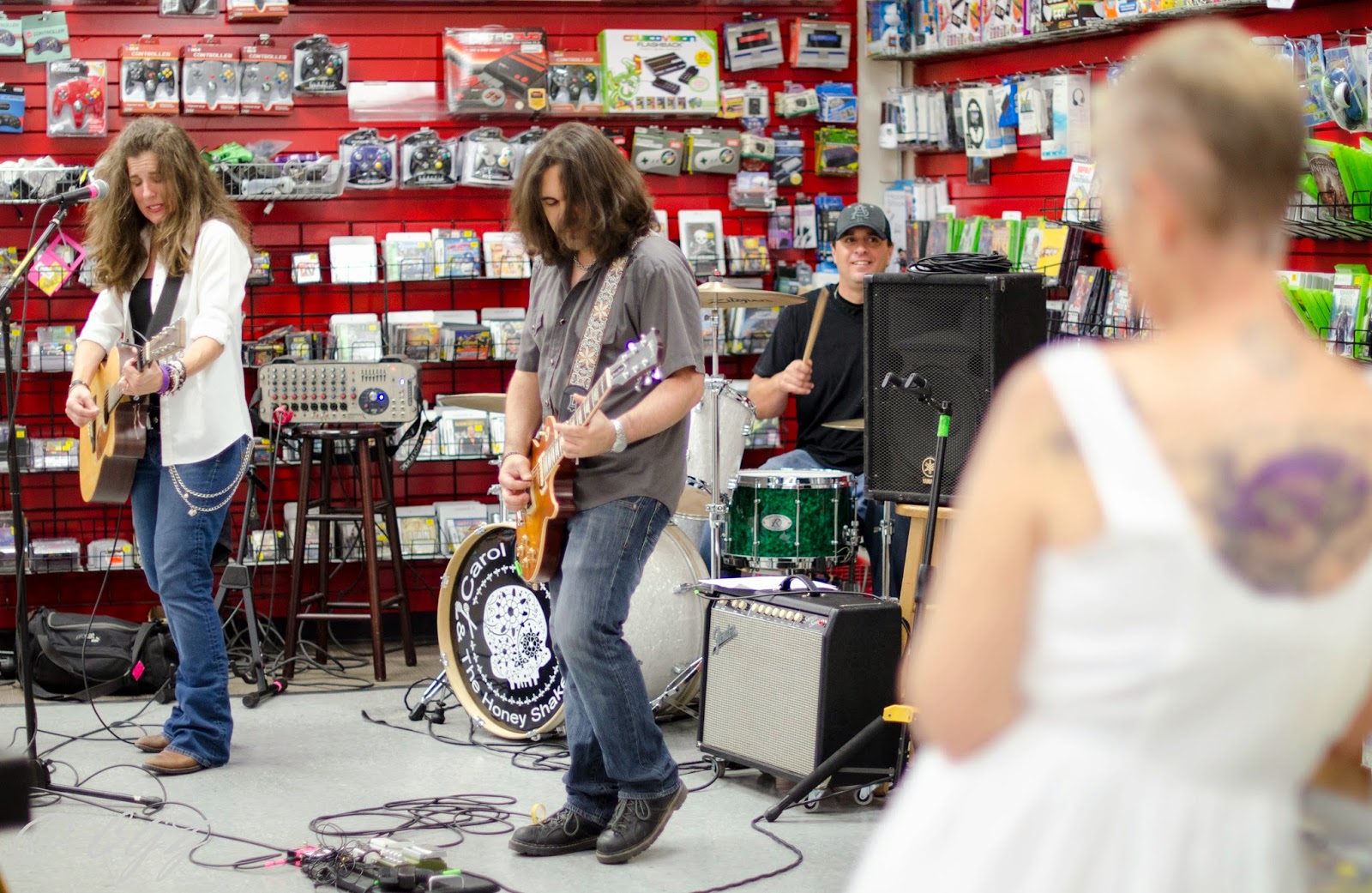 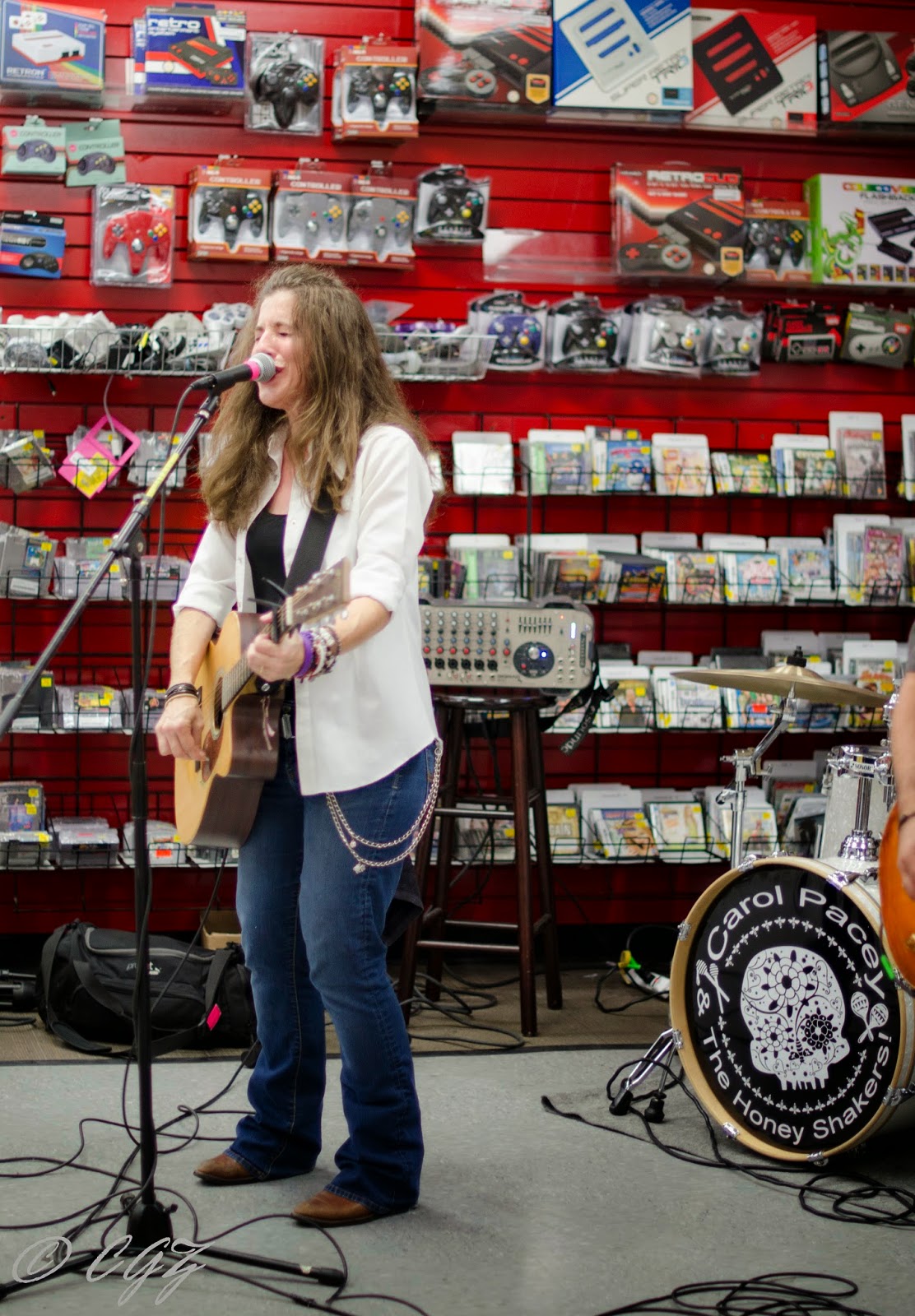 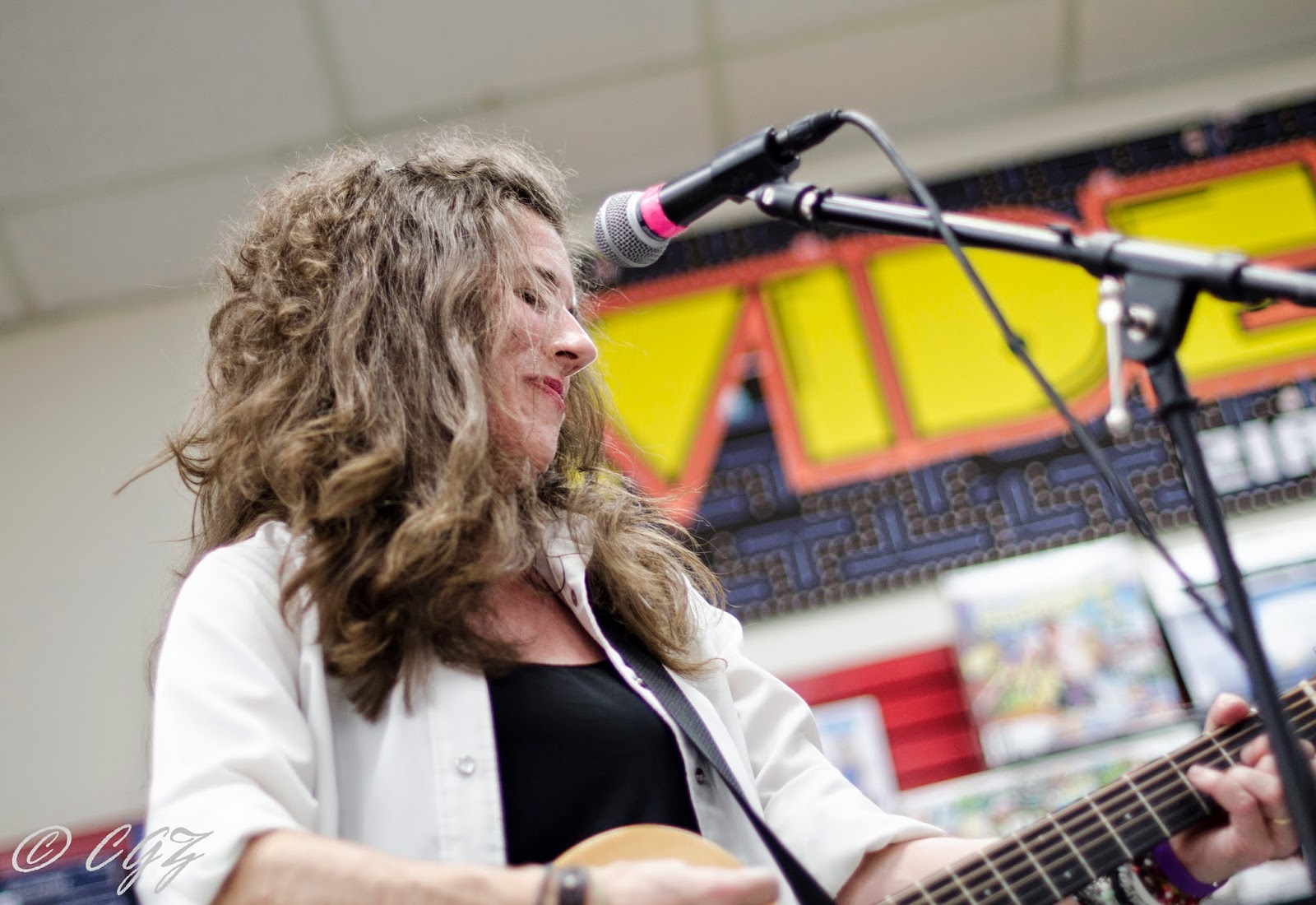 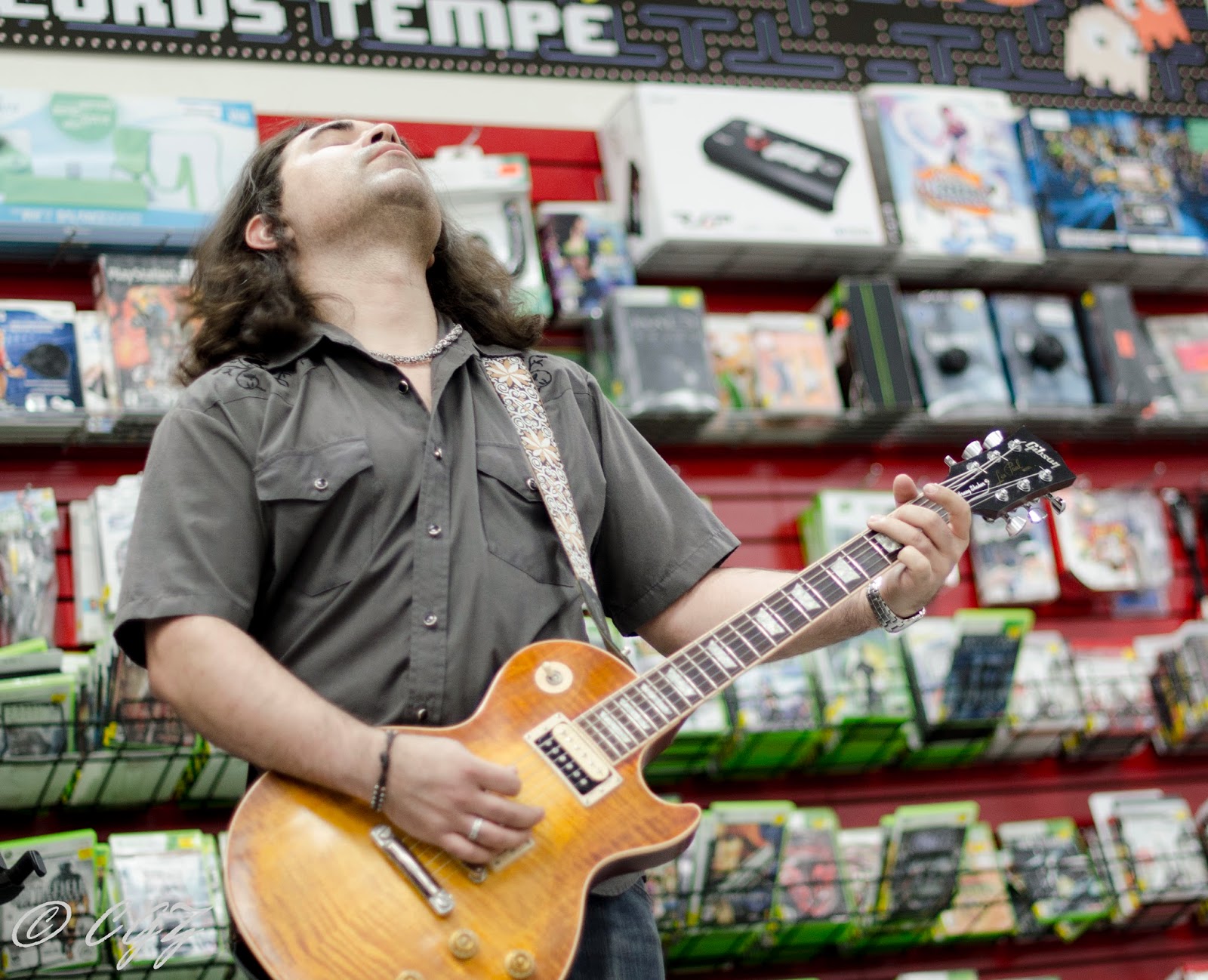 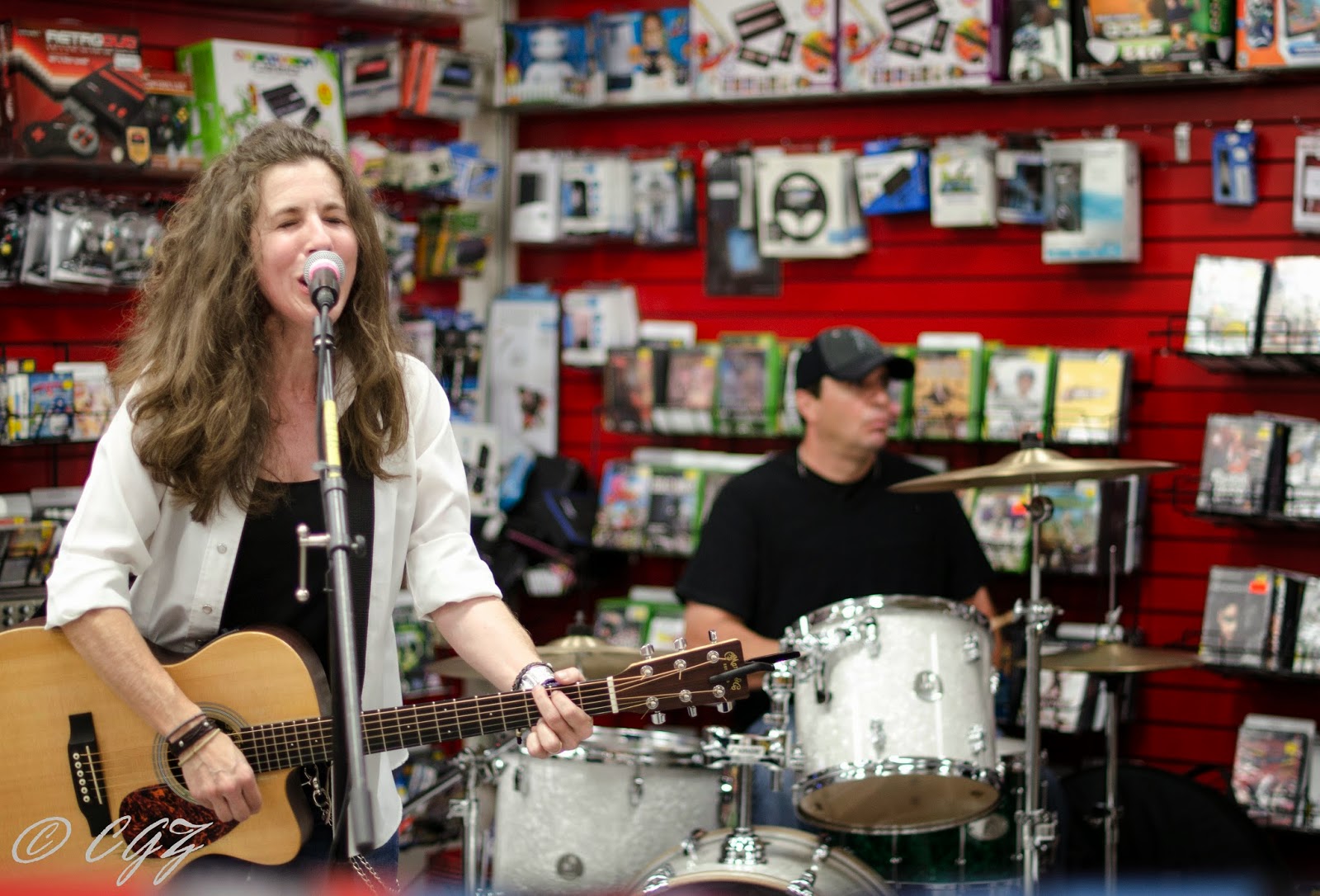 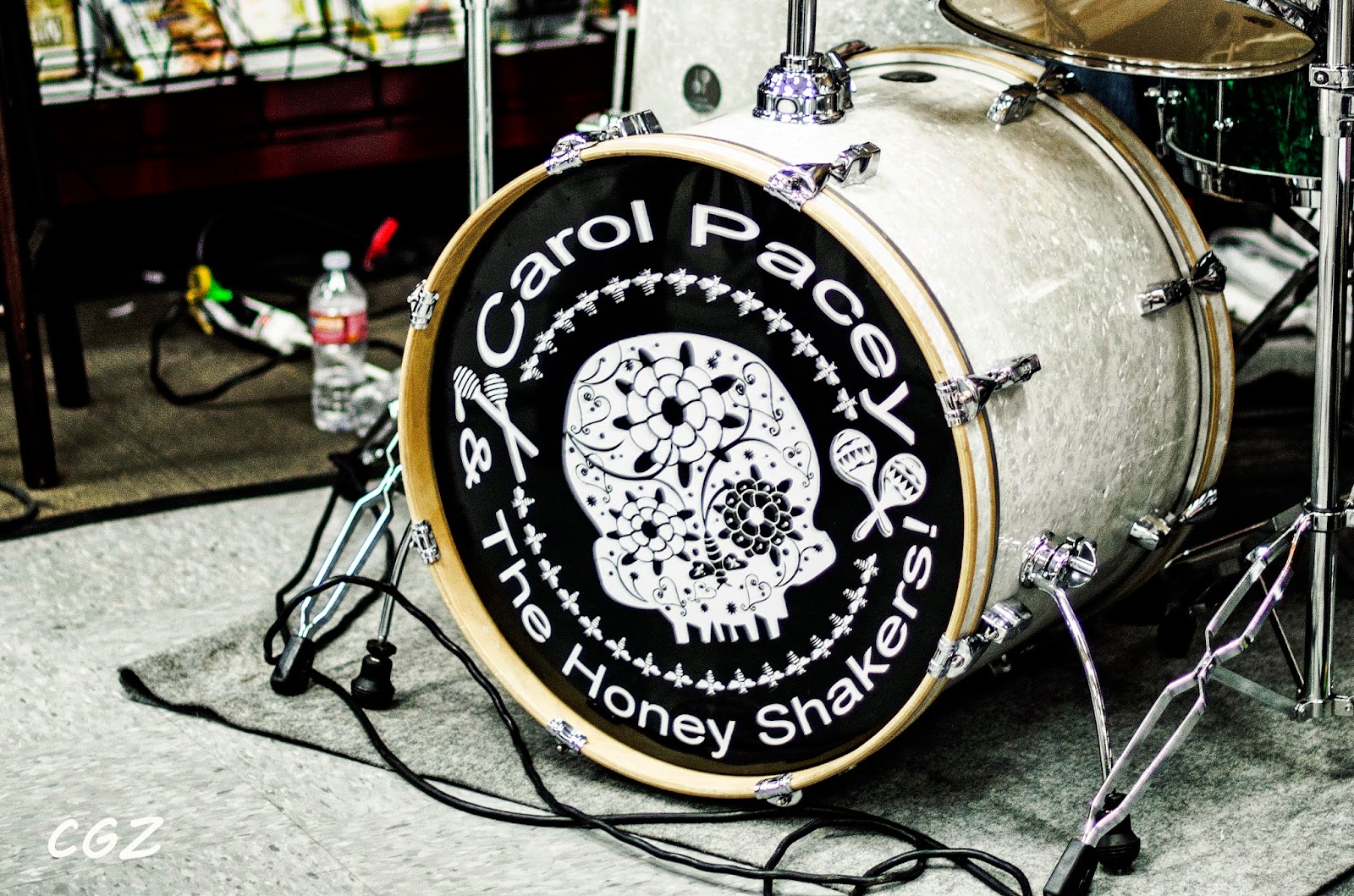 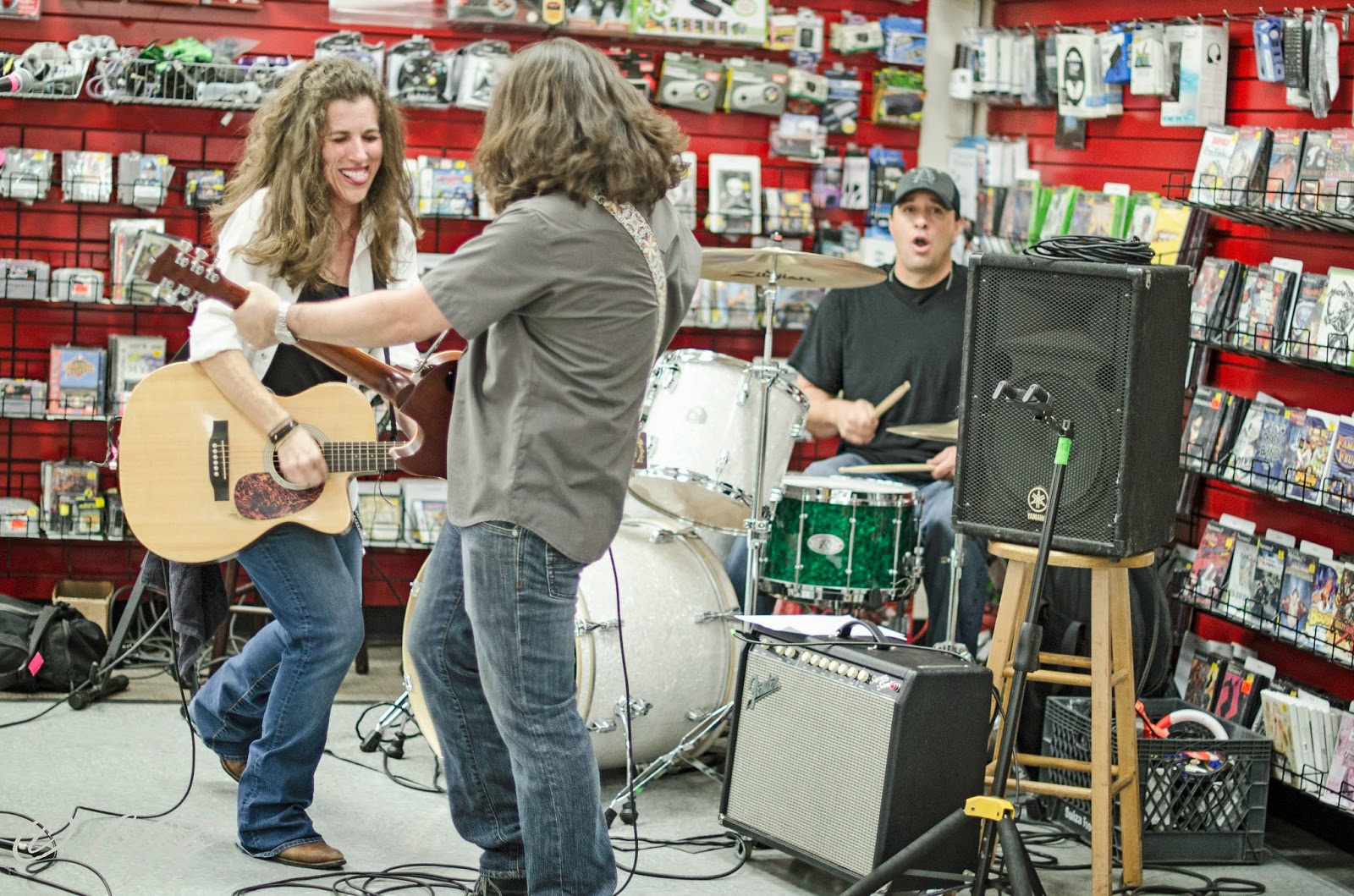