Kat Dahlia- Interview and Her New Album: My Garden

April 13, 2015
Kat Dahlia- The bordering sides of what would seem to conflict, only enhance the two sides of this incredibly gifted artist.

Kat Dahlia has a story to tell, and she uses her voice to capture her audience. She is strong, determined, no one's fool. Grew up quickly, took care of herself in a typical protective Cuban home-life. The roots of love, difficulties, and a keen self-reliance, established Kat to convey her music. She is self-aware, and has already clearly defined her niche in the music world. Vivacious, sexy, strong, intelligent, a person- ready to deliver her story and captivate her fans worldwide via her music.

Her latest album, My Garden, shows her strength, and her awareness speaks to who she is. The album touches itself throughout as she tells her story. Bringing on the party jams mixing Latin pop, reggae, some blues, and rap... Kat proudly shines that she is by counts, today's new motion of pop rock with a blend fusion of groove. Her Cuban and Lebanese roots make for a deal of motion, as she may have not known how she was going to get there... but Kat knew through life's hard-knocks... music was her destiny, and she has arrived. Aggressive, powerful, sensual and ready to take the one-two punch knock out's!

Song: How has the move gone? I understand you are now in Los Angeles?

Kat Dahlia: It was several weeks ago, from Miami to Los Angeles. It has been great so far, it was hard of course leaving my family, friends, but deciding to move here makes it much easier to work and record.

Song: What are some of the things you've noticed being different in culture, and structure from Miami to L.A.?

Kat: (Laughed) Well, for one thing there aren't as many Cuban's, traffic is worse, but the people are awesome, it's not as humid, and I love where I live. It is a good move, and I am very happy.

Song: You carry a signature style Kat, I hear it in your voice... then saw it in your deliverance.

Kat: My sound in general, my voice, lyrics- they all stand out naturally. It is the emotional honesty I feel that is unique, when I write it is all my personal stuff, its about being vulnerable.

Song: Talk a bit about the influences, your upbringing, background and how they have influenced your music.

Kat: When I was younger we grew up very Catholic, went to church, but it wasn't so much.However, in a Cuban family- family is very important and so is loyalty, and values as a person. In our family it was strict. As I got older I wanted to go out and try stuff, and my mother was becoming very religious and influenced us, but as we've gotten older we have had to come to our own conclusions. I'll listen to her about the bible, there is truth/and symbolism there, but I am always digging. And it is family, we all have our family issues. 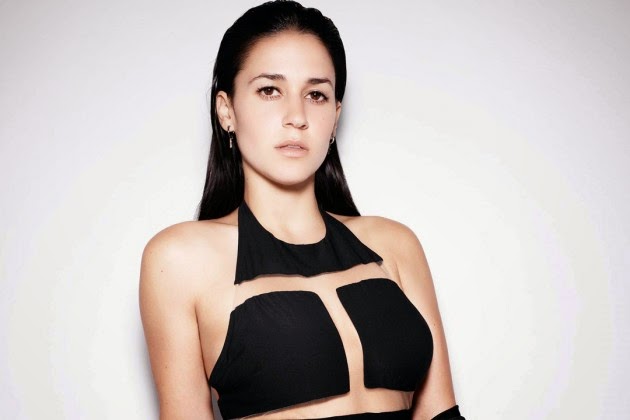 Song: You have been called a “natural” born storyteller.

Kat: We all have a story, as I was saying. People, people drive me towards music.

Song: How has your story driven your music? You've an EP and a new album out now too, My Garden.

Kat: In my early music I was focused on me, and my perspective. My EP looking at it objectively, even had emotion tied to it. All the redundancy, and why do I have this attachment? It was exploring many things from my perspective.

With my new album, My Garden, I still have that same sense, just not as focused on the experiences from my earlier EP. Now, I am older, and have had more experiences. The album connects to a story... single, meeting someone, fling, fun- don't want to think too much about it, then (pauses, smiles) then, I think I'm in love again, with the person I least expected to be. A journey of the last three years. I tell my stories, to relate to the crowd. Not one set of emotions, but a range of colors.

Song: Along with the new album, My Garden, I understand your name has, shall we say... gone through a metamorphosis as well of sorts. Are you still Kat to your friends and family?

Kat: My friends have always shortened my name. When I worked as a waitress the person in charge just couldn't seem to say, Katriana, so it was shortened it to “K”- then it morphed into “Kat”. When I was signed to a record label, they wanted to change my name Kat Huguet into something stronger. My friend, J. Dens (produced Gangsta and My Garden) came up with the name Kat Dahlia. At first I wasn't taken with it, but it works with showing both sides- hard and soft. Which reflects my music too. As well, I knew of the movie and book The Black Dahlia, I thought it was interesting to learn that the woman who was murdered in that true story, Elizabeth Short, and I share the same birthday.

But your name is only great, if your music is amazing. You make the name.

Song: How have you prepared yourself for “rock n roll stardom,” or can you?

Kat: (sighed, and in a serious thoughtful tone) No preparation for it. I am learning something new everyday, about the business, people, music. It is a constant learning process. I am who I am, my past has brought me to move forward. 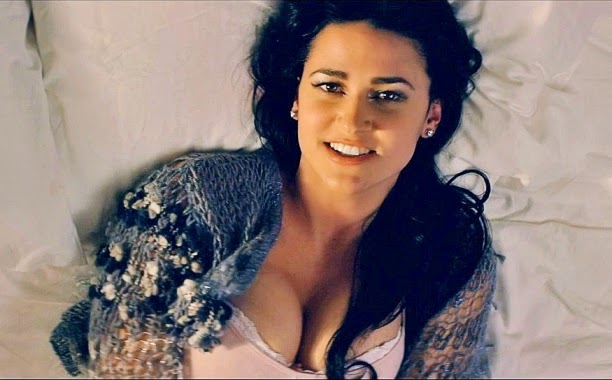 Song: Now that your album, My Garden, has been released, and your music video from it, I Think I'm in Love, as you look forward, what are your short term plans?

Kat: I want in the short term to be working on my next album, to put out another project. Continuing to create a global sense of acceptance and assurance is important to me.

This is how I see it: I set it, fans connect, through meeting people and they relate. Touching others, helping them through and exploring other subjects.

Song: Comfort food you reach for?

Kat: (laughed) If it's a breakup- I want something sweet, like ice cream or cupcakes! I wish I could cook! I need to take culinary lessons! But, for hot comfort food... Cuban black beans and rice (Moros y Cristianos).