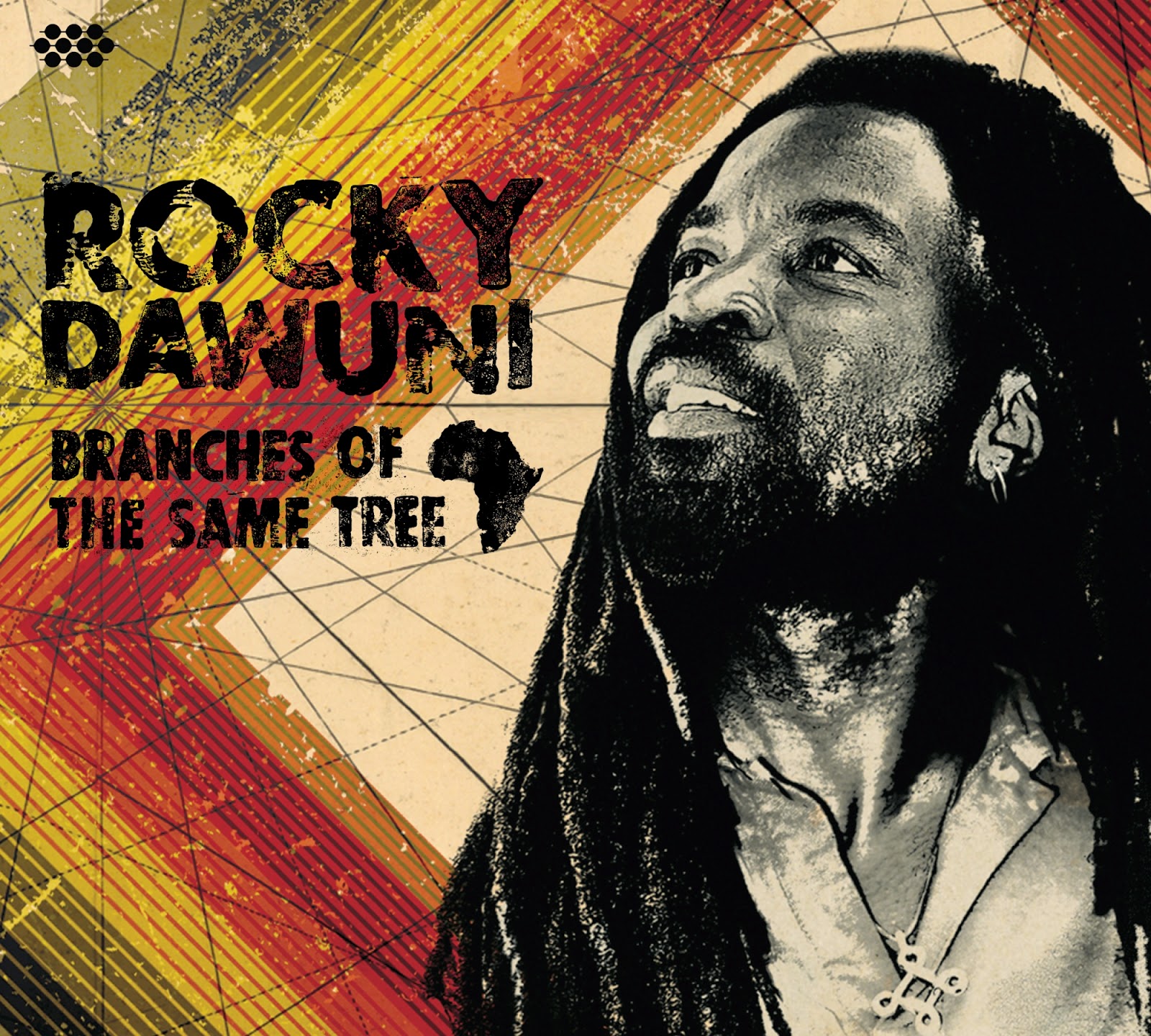 In our maturity if we allow it, wisdom will come, and a positive motion to take her by the hand and dance in the light! Rocky Dawuni, delivers his passion for love and life in his sixth album, Branches of the Same Tree. Rocky is well-known in wide circles, as his music has been in numerous television shows. With notable collaborations Rocky has worked alongside humanitarians and music artists such as: Bono, Stevie Wonder, Jason Mraz, and Peter Gabriel. Rocky has a sense of knowing his music is the ointment to soothe international boundaries through a greater understanding of one another.

Eleven tracks that move the soul to communicate in the international language of happiness, love and peace.

Rocky Dawuni from the very start of life has been drawn in by music, the rhythms and its movements of existence. Early childhood with his father as a cook in the military barracks stationed in Ghana, began with the importance of life-long learning. Education was at the forefront of daily life for their home. His father and family are actually members of the royal family from the Konkomba tribe, a village in Northern Ghana. Although living life between a small village and barracks, when Rocky's father was posted to Egypt with the United Nations Forces, a whole new world of cultures and musical influences opened. Rocky was soon to learn, from his own tuning into the vast array of Ghana's music, that this collective would lead him to produce what is keenly him.

As Rocky began his life at the university, his incisive interest in music continued. Indulging his ears to the Afrobeat sounds of Fela Kuti from Nigeria, and the African soul of Osibisa. The combined influences of Bob Marley's Jamaican reggae and the funk and soul sounds of America all combined themselves into the deliverance of Rocky Dawuni's sixth album, and the infusion can be felt. Each influence is in the collective, Branches of the Same Tree.

The opening of the album bring Rocky's musical influences to hand clapping, foot stomping, hip shaking, happy face singing along to- Shine a Light... “on and on.. for the world to see.” Rock Your Soul, is an easy tune and a slow dance under the wide open star filled skies. Dancehall movement is the motion in, African Thriller, as a rock'n tempo and horns give sway. Near to the peace loving heart is the song, Children of Abraham, as he calls for the children of Abraham to put their weapons down. A little soul and reggae soothe the sound in, We Never Stop. The Sign, plays with the Caribbean sounds. A tender strum gives us a love song, Butterfly. Masterfully, Rocky blends his political/cultural/social/philosophical values with his passionate plea in so much of what he creates. Nairobi, “I love you, Nairobi I love you...” is heartfelt. His version of Bob Marley's, Get up, Stand Up, is delivered with a touch of Rocky's magic. Rounding out, Branches of the Same Tree, is the diddy played on ukulele, Island Girl. The song that tells his girl, “you are the only one I want.”

Branches of the Same Tree, played on in my mind, long after I put the album away. The message is clear, the culmination of influences over time, and his wise insight into our world makes Rocky Dawuni the master of strength that through love we can bridge all of our differences and be the change through our passionate connection: music.