Seneca and the River- EP Update

April 01, 2015
Press Release:
Los Angeles-based indie record label POP CAUTIOUS RECORDS–which produces, promotes and releases various flavors of indie-folk music–has announced that label signing SENECA AND THE RIVER’s debut self-titled four-track EP will be released Friday, April 24 via iTunes and all other digital retailers, select record stores and at www.shop.popcautious.com. Produced by Eric Corne at Seahorse Sound Studios, the EP is being launched with the first single “Hold Me Up,” which will be available beginning Friday, April 10.
SENECA AND THE RIVER–Seneca Pettee (Vocals/Guitar), Tyler Porterfield (Mandolin/Vocals), Luke Strand(Trumpet) and Kaeleigh Hamel-Curd (Drums)–is an indie folk-rock band that formed during the summer of 2013 in Los Angeles. Initially the band came together for an Artist Development Competition and included a dozen of Seneca’s friends and co-workers. In 2013 Music Connection named the group one of their “Top 100 Live Unsigned Artists & Bands,” and over the past year and a half, SENECA AND THE RIVER’s sound has developed and become uniquely identifiable.
SENECA AND THE RIVER are set for an intimate performance at Sadie Kitchen and Lounge in Los Angeles on Wednesday, April 15 as part of their weekly Sadie Sessions event. Attendees will be able to pick up a copy of SENECA AND THE RIVER’s EP prior to the April 24 release date. More information can be found at www.sadiela.com.
Track listing for SENECA AND THE RIVER EP:
1. Come Down Here
2. Hold Me Up
3. Love Does Grow Old
4. Wasting Time
For more information:
www.popcautiousrecords.comwww.facebook.com/popcautiousrecordswww.twitter.com/popcautious 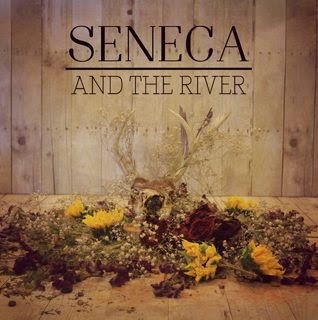