The Electro-Lights Album: Oddities and Contradictions 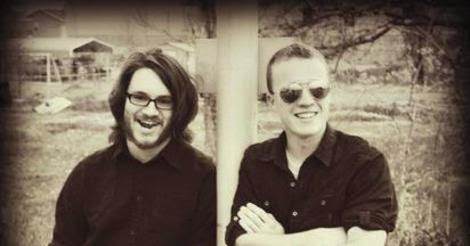 Somewhere down in the recesses of the driving roots of rock, blues, punk and edge comes The Electro-Lights and their new album, Oddities and Contradictions. An infusion of rock, hard beats, driving rhythms and rough vocals bring punk, rock, and blues out of the Gulf Coast of Mississippi and into the nearest ear sound to rock your collection. Hailing fresh rock with an edge that burns, The Electro-Lights have created 7 tracks that astoundingly pull together a raw-fusion and clearly mark their signature deliverance of an aggressive punk fashion, while the energy is pure stoner rock. They are the blend of all that emits rock n roll.

Formed in mid-2012, The Electro-Lights have performed with a wide-variety of bands such as: The Offspring, Awolnation, Shinedown, and many others. A duo that has moved from two diverse backgrounds in music- Sam, classical training and Olivier, jazz influences- both though eventually bringing it altogether as their sound mix of blues, punk, rockabilly, hard rock, and electricity- create the new sound of rock.

From the onset, the album sound opens with, Watch Your Back, the dark driving guitar work of, lead vox/guitarist Sam Mahler, comes to tell you, “that girl is crazy... you better watch your back.” Olivier Meacham, on skins and tubs (coyly throwing in shenanigans as well) sets the backbone in, Modern Day Don Quixote. Not Again, showcases driving riffs so fast, and effective- a rockabilly punk twist of slick, danceable fun. “My beauty queen how can you be so mean?” Sam in his pleading voice begs on his hands and knees to a beat that cannot be turned away in, Beauty Queen. The track, Find me, offers a slower driving rock force with one line conglomerations that either have you relating to the song or realizing after you listen in that you may a bit daft for relating. The Ballad of Scruff McGruff, shows the ease Sam and Oliver have with exploring their styles, and genres of musical styles. The song lends a twisted foray of rock blues and country, a influenced story-line. The final track, The Prequel, is reminiscent of Eric Burdon and The Animals, influences.

This album, Oddities and Contradictions, reveals that The Electro-Lights understand what it takes to make a “RAWK N ROLL” album, and their fans are addicted to the energy pulsating tune after tune. A marked story-line, and a defined sound, as each song in some form or another is interwoven into a story. Move over rock... the ROLL of energetic sounds called, The Electro-Lights is here! 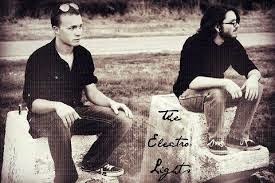