David Letterman Thank You For All the Top 10's

You have been on my mind as of late. We all know the exit is stage right, and you have earned this countdown. Thanks for the memories.

Whether you love him or hate him, he has become a part of my generation's pop culture. He, his guests, Paul Shaffer and the CBS Orchestra, have delivered a part of our existence up to this point in time. With wit, jeers, and a bit of cynical bastardizing pokes at well... life...us. 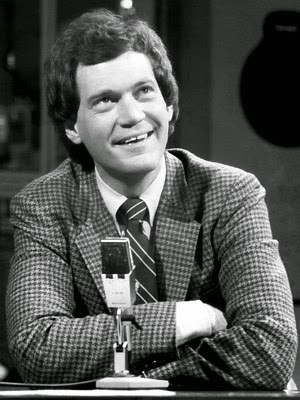 I must admit in the last few years I have not been an avid viewer, life has a tendency to get rather busy, but I was recalling the earlier years when it was a ritual, much like the ritual passed down to me by my mamo who adored and never missed an episode of..."Here's Johnny!" (My mamo would fix her plate of mac n cheese, with polish sausages, light up her cig, pour her diet tab and sit in her plush rust orange swirling rocking chair, and adjust the rabbit ears on her Zenith color TV. It was her period of heaven on earth nightly with Johnny). I remember her watching the last airing, she wept, as she spoke of the days of her beloved music idol, Frank Sinatra's, appearances on Johnny's show, and the glory days of all that was Carson. Then it was the next generation's turn, and the likes of Jay Leno came onto the scene and stepping up to the plate came this awkward, lanky, gapped tooth man...who was immediately likable. Sometimes his humor seemed to be more out of anger, at what I was never sure, other times he reminded me of an old man wanting to yell at the audience, "GET OFF MY LAWN YOU STUPID KIDS!" He seemed testy to me, an overt petulance, a crusty late night cars salesman, never warm and fuzzy, never a sunny rosy cheeked dimple. Yet, I couldn't help but watch as each time I waited for the Top 10 Countdowns. It was The David Letterman Show.

In the early days it was rumored that Letterman would self-destruct or implode. I think his anxiety levels showed, maybe that is why we liked him, he was that lovable crank, we could identify with his angst. A-type personalities and show biz are like oil and water- yet when they finally make a break through something unimaginable happens, awesomeness, Late Night.

Some may say 33 years of Late Night is admirable, some will say good riddance, and some will wistfully recall their Top 10 Countdowns as a way of honoring what not only David has given, but an entire staff, many who have spent over 20 years in the same pod.

Booger it... change is hard.

Jimmy Fallon and others like Conan, Colbert, Oliver, Stewart, Meyers, and so on will come and go or have already exited their own stage... but Letterman, well to be honest feels a little more like Carson to me.

Thanks for the memories in this very brief letter David. Thanks for being who you are, I think your projection of being uncomfortable, OCD directive, made all of us feel a little better about our own quirkiness.

Signing off, but you're not done yet. I hear Belize is looking for a lounge lizard announcer who likes their martinis very dry.

I will leave each viewer to their own lists. 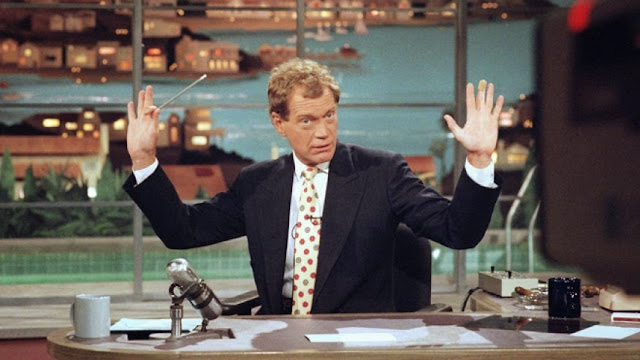