May 27, 2015
The 21st Century has opened a Pandora’s box of grand infusions. Blending cultural sounds musically is nothing new per se, but it has never gained the popularity vote on radio top 10 playlists 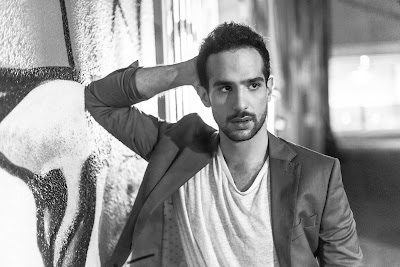 . Maybe, that is what the new century is about... the calling sounds of independence merging the beauty from all corners of our world into creating a new work of art. Possibly, Jaafar is leading the way from his corner with his infusion of music, culture, passion and social commentary with his new album and tour to follow...


Song: How has western music influenced your homeland of Jordan?


Jaafar: Western music is pretty prevalent on the pop radio stations, but we also get a lot of European.

In Jordan there are our radio stations that play Tom Petty and other music mix ins from Europe too. Pop music is more prevalent over metal among the youth, but we of course have eastern influences strong influences as well.

Jaafar: For the most part certainly. The younger generation, all of us now, are living in an age when all of the influences are coming in from everywhere. There are more rock bands coming up. More western oriented, especially with the internet and all.


S: What were some of your early influences musically? How about creatively outside of music?

Jaafar: Early on it was middle eastern music, we listened to "Rai..." which is a genre of middle eastern music, they were the first to turn me on to the musical side of music. Later on I began listening to the Beatles, Rolling Stones, Elvis that turned me onto the writing, add in later still listening to Petty and Sting- it all has influenced my songwriting. In terms of songwriting, it has formed my writing.


S: What are some of the artistic outlets?


Jaafar: Yes, actually I went to art school in London for two years. Painting, and drawing.


S: How did your family feel about your desire to be a songwriter and a performer, touring the world and then making a move to Florida? 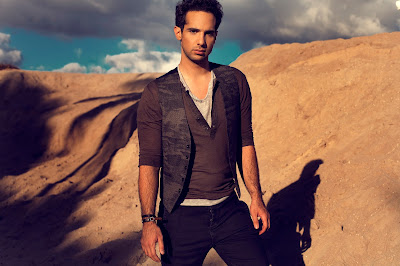 Jaafar: (laughed) I don't think it surprised them at all, I was always singing around the house. I sang loud all the time. I had written and recorded my first demo when I was just 16. From there I have been just working on my writing, voice, focusing on that.

As for the move, I had attended the university here in Florida, so I have been here for a good while. My family fly's over often, but as of late since I am working on this album and tour I have not been able to go back myself as much, maybe just a couple of days here and there.


S: Did you have any professional training?


Jaafar: I am not classically trained. I have taken a few lessons here and there to work on my breathing and sound. However, I am always working on developing my breathing to help my vocals.


S: What have been some of the differences you've noticed in music, fans, and how everything fits together as you travel around the world?

Jaafar: I do notice. Well, of course in my hometown of Jordan I am well-known. It's the fans for your music, because my music is on the radio. So, when I perform back home it is different from here.

Here mostly, I play in clubs, and the response has been great! When I play my new music, it's always well received.

S: You released the single, “You Got Me Good” in 2013, then recently you released, “Oasis” will they be on this new album?


Jaafar: They are not a part of this new album. “You Got Me Good” was published back home, and on the radio. It gave them a taste of my music.

“Oasis” is a follow-up and was released, we also made a video to it as well, and you can find it on YouTube.

The first single coming from the new album is, “Sixteen.” The working title for the new album is: “Folktale of Spring” and we are looking towards the end of 2015 to release it. 9 tracks total. 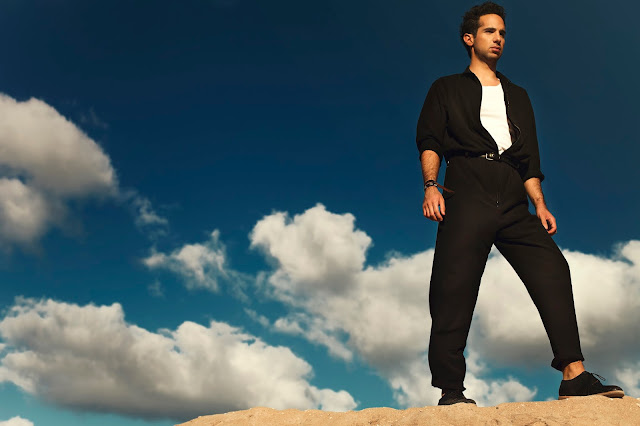 S: What are some of the experiences you’ve drawn from that have helped you write this album?

Jaafar: Growing up where you are surrounded by conflict stricken areas on all sides, when you grow up in a place like that, you can become numb or used to it. Being now outside, now looking at the world around us, it is everywhere. It is happening everywhere, and it is sad, so I decided to write about that. That is where the story for “Sixteen” fits in. It is telling from a point of view. The connections now are all around us, and we all now are living them.

Then there is also a very nostalgic part to my music that reflect back, a bit of nostalgia, remembering how it used to be. Really overall, my album is a social commentary.


S: Our own world views influence or creative ways of relaying what we perceive. How are you helping people outside of your view understand your music? How do you make those connections?

Jaafar: I think what is good about the song “Sixteen” is the little hook in it, it will help others think about what I am saying. When youth are in the picture and there is mistreatment there or you lost your parents, its the idea of innocence being deprived. Whether you are close to that or not... we can all relate.


S: What are some of your favorite eastern sounds to blend into your western pop?


Jaafar: I have worked with this great string ensemble out of Istanbul. Their influences are mixed into the sounds I love.


I actually had learned to play the violin back when I was sixteen. I love strings.


S: With the Cuban influences in the Miami area, and even Caribbean sounds coming from Florida have those sounds found a way into your fusions of style?


Jaafar: They have definitely been an influence. It's the Latin market, the Los Angeles of the Latin market. Living here with the sounds from Jamaica, Cuba, and more. You can hear the influences of Jamaican sounds on a couple of my tracks. Nothing was intentional, but we certainly are globally infusing.


S: Everything has a method and time table to help things move forward. Who are you working with on producing this album and why?


Jaafar: I wrote and co-produce all my own music. I have worked with Jonathan Fuzessy too. Those who are in my band, they are incredible. Then in the strings they are from the middle east. And playing live is my favorite thing to do, being on stage is the best. It brings the songs to life, and I believe they showcase the songs really well. We have a great time on stage.


S: Tour dates for the states?


Jaafar: Official tour will begin after the album is released and I am looking so forward to it! I love music, and it is something I do all the time!