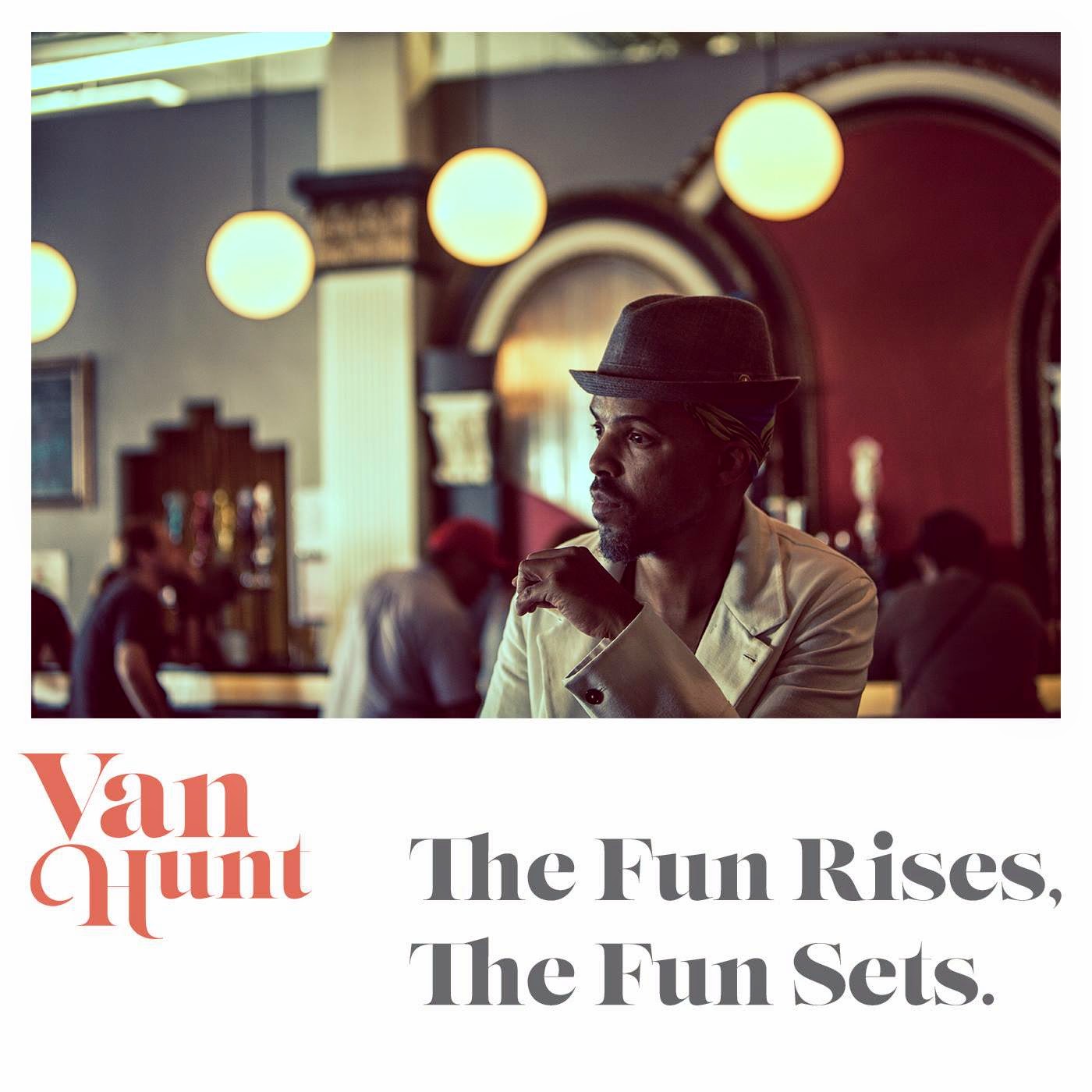 Van Hunt from Dayton via Atlanta has drawn accolades for his twists and turns of Urban Funkadelic, Soulified, Eclectic style of song-writing and vocal prowess. A style that brings the past to the present, while dancing us into our future. The Fun Rises, The Fun Sets made me sit up and take note immediately. I heard early Prince, and all of the time clocks exploded at that succinct moment. A musical religious experience that I had not been captured into since that time, and never imagined it could have happened again.

Presenting his fourth studio album, The Fun Rises,The Fun Sets, Van Hunt has brought all of his passion together in a simple presentation that flows funk n soul into a smooth electrified delicacy of music. The album personifies originality and is a prevailing epitome of perfectionism. From the front door to the back door as you walk through the Van Hunt alleyway all else disappears and the sounds he produces encompass you.

Van Hunt never seems to be afraid, one could almost say he is fearless when it comes to touching a sound, as he possess it, takes it, owns it and makes it his own. Forging through the bubblegum pop and post hard-core punk screamo, he brings his sound and marries it in a perfect blend of harmony as each song works together and brings every moment of ease into a collective. Liquid fulfillment glides between every song recorded. Each and every album he has created since his first self-titled release in 2004, Van Hunt has set his presence in motion.

The Fun Rises, The Fun Sets connects all of the songs into a vital force of vivacity that stops all time, as the funk resounds in the opening with Vega, a truism mouthed back to the now. Relishing the tantalizing seduction of slink as, Teach Me a New Language, releases herself and you submerge into the fusion. A strip tease of R&B get stirred in with, (let it) Soak (n) as it exquisitely saturates the moves wavering and traveling up the spine. Jazz in cool shades is presented with, She Stays With Me, as lounging entwined bodies dance to, If I Wanna Dance With You, and the elements of all time standing and colliding end with the albums titled song, The Fun Rises, The Fun Sets.

A blissful masterpiece of evocative music, a fundamental particle of nostalgia, an endowment of the present, and a leap of the future has been presented.

The Fun Rises, The Fun Sets:


Song River is the owner of CowGirlZen Photography. She is also a freelance photojournalist. Currently working with L3 Magazine, Vents Mag, Silverplatter. You can follow her interviews, reviews of great musicians, writers, artists on her blog, http://cowgirlzenphoto.cowgirlzenphotojournalist.com/.  She is also quite active in social media working as a copywriter for several companies, and individuals. Never wrong, always right... and filled with a twisted satirical outlooks on life sometimes... you have to be thinking out of the box most of the time to catch her.  A mess of delight and quandary at times, but known for her love and compassion to help others succeed. A die hard Nikon proficient!