July 12, 2015
All I can say is sitting down and having a chat with John Bee of “American Opera” is like a day in the sunshine as the song “Don't Worry Be Happy” plays in the background. John is so incredibly 'stoked' as he put, to have been on the whole Warped Tour line-up. He really knows his audience and how to pull them into being a part of the American Opera experience.

Song River: You look like you're all set, you've got the Elvis towel around your neck.

John Bee: (laughed) Yeah, I had heard if I put ice in it, and put it in the freezer... I think actually it is a brilliant idea, as it's supposed to help keep you cool. Things we learn on summer tours.

SR: John where were you born, and where do you call home now?

JB: I grew up in Michigan, but now I am based in Brooklyn, New York.

SR:  Warped certainly has brought out a ton of East Coast Musicians! You must all have melted over these hot summer weeks.

JB: It is really hot, but I am so happy to be here and out on Warped Tour...it all beats the heat!

SR: You're on the whole run for Warped this go, correct?

JB: Yes, and I am so stoked! It all happened this way. About 3 or 4 years ago a new stage called the, "Acoustic Basement" came about, when singer/songwriter, Bryan Marquis, a performer started the it.  I heard about it and I’m an old friend of his, so I called him and asked if he had any room. He of course was already packed for it, but he did have a date open up in Cleveland, so at that time I lived in Chicago and drove up to play and it was amazing. It was a twelve-hour drive, I slept in my van, and got woke up the next morning by someone from the Warped staff who was knocking on my van windows and saying, “You gotta move we've got buses coming through!” So, after begging Bryan to come on and hammering on about it- I did a week the following year, and then this year I got the call to do the whole tour! I am just so happy to be here!

SR: What music are you bringing into the Acoustic Basement? 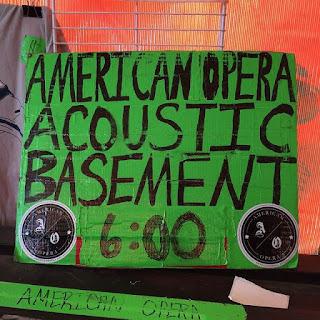 JB: When you come to an American Opera set, you're all in!  It is involvement. We do solo or duo acoustics and the crowd becomes part of the band it's really fun to involve the crowd and make them a part of it. More of a community versus a guy up on stage. Its my favorite thing to do!

JB: Oh, I am. I mean who gets to play guitar for a living? (laughed) And sing and write songs, its my job, its my dream come true! I remember when I was about eleven years old my older brother brought a guitar home, and we were listening to bands like Nirvana, Weezer, Smashing Pumpkins and he just started playing along by ear and I was blown away by that, and I wanted to be just like my older brother so I started playing guitar too. Then it was a couple of years later he booked a show with his middle school band, and I was blown away and it was the best thing ever. It was then I decided it was what I wanted to do, so it is. I have been dreaming of doing this for a long time, I am so happy.

SR: What do you think makes you as an artist stand out?

JB: I think what people appreciate about what I do, is the storytelling. I don't necessarily do a the typical lyrics, but tell a story that people can relate to. One of my favorite musician is Ben Folds, and when I saw him live he inspired be to bring the people into what the performance is.
I think what I do is at times by trial and error. I want to do what it takes to keep my audience connected.

SR: Are you getting ready to release an album?

JB: Yes, as this tour wraps up we have a new album coming out, our first debut full-length and I am really proud of the songs, far and away the best song I have ever written. I think this is the first actual moment I can really show people what I am about. The name of the album is, “Small Victories.” And of course after that we are just going to keep touring and putting a full band together. 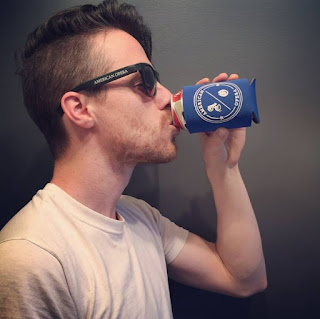 SR: When the full band comes together, is there a new style?

JB: Actually, when you hear this new album you're going to hear a new direction. I can't wait, we have all of this coming together and we are ready to get the album out and hit the road again!
That’s why having been a part of this tour, the Warped Tour, I have been so stoked. Sure being on the road, I can't wait to get back to my fiance, and friends, but it's like everyday on tour I get to wake up in a new city plus I have gotten to meet so many awesome people. I am beyond happy.