Interview with
Tyler Ross
Being As An Ocean
Warped Tour 2015 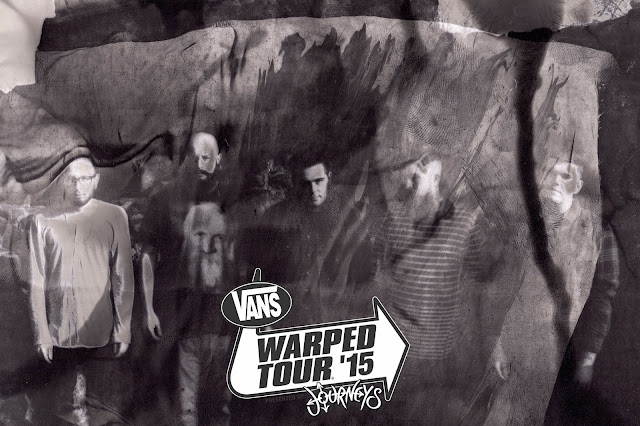 Tyler Ross: Yes, full tour, and it is great!

SR: What music is Being As An Ocean bringing in with them, and what is getting ready to happen?

TR: We just released our next full-length album, “Being As An Ocean,” and it is available now through iTunes, Spotify, Amazon and Best Buy, even vinyl.

SR: How many tracks, and talk to us a about it.

TR: It has ten tracks on it. I think it is probably our fastest album released so far. It is a high energy album, and we wrote it with the mind-set to fit the festival crowds of Warped Tour actually. That whole pace of high energy.

SR: Packaging is everything. I understand there is a pretty cool connection with the art work that you all have used for this particular album.

TR: Yes, well actually all the artwork has been done by one of my closest friends. He is a French artist named, Gaetan Bernede, he did the cover and all the artwork inside. I think the vinyl and inside over are about the same as the CD. Everything was made for vinyl originally and then edited down to CD.

SR: What is the band's relationship with Gaetan, other than friends. Why did you all choose him?

TR: He has done pretty much all the important art for our band, our logo was hand-written by him, all our main pictures are pictures he has taken on tour.

SR: So he travels on tour with you?

TR: He has been on tour with us once, and he lives in London and he comes out every time we are there and takes more pictures and will make something out of the art. He is a truly talented artist. He studies at Central St. Martins in London right now, which is a fantastic art school and he is really a great guy.

SR: Now how did you all meet?

TR: He messaged us on Facebook about two years ago, and asked if he could make a shirt for us, which he did- he took a photo and made it. Then we met him at our first show in London, at The Garage, it was one of the last shows of the tour and after the tour we were staying in an apartment in London for the weekend, so we had him come out. We hit it off really quick, so we had him out for dinner and we talked about art. I had given him one of my favorite music DVD's, and we really hit it off talking about art and music. So then I was talking to him about a new logo for us and he showed us some hand-written logo's and some stuff he wanted to do, so he ended up making that and coming on tour with us and taking pictures, and developing artwork for us.

SR: So out of a Facebook message look what can really develop!

TR: Yes, absolutely. He is one of my best friends now and we talk all the time.

SR: How much is art a part of you as well?

TR: Art is really a huge part of the band, to all of us. We really appreciate the whole experience, of a fan coming to see us, and what they see or feel or hear. We don’t just think of art as a side project... we think of those visual avenues as an opportunity of what a person hears. I don’t think it would feel or sound the same if the artwork affects the sound overall, or what you hear. It all influences everything. It influences the bottom line.

I had just bought this book by, Victor Wooten called, “The Music Lesson,” Victor is probably one of the most famous bass players in history and I haven’t had a chance to read it yet, but as I was skimming it somewhere towards the middle I read something about when he was kid his teacher said to him something like, “Look at me and tell me how I am performing. And he was juggling sticks and playing a beat on the drums, a simple beat, and the person said that that was incredible that he was doing both at the same time and it sounded good. Then the teacher told him to close his eyes while he does the same thing. So he began to do the same thing again, you know throwing up the sticks, keeping a beat on the drum. Then he asked the kid to open his eyes and tell him what he thought after having them closed. The kid said it was okay.” (Paraphrased. Direct quote can be found in The Music Lesson by Victor Wooten). So the lesson Wooten is telling us in this book is a performance can highly influence what the audience hears and what you feel from something. It doesn’t necessarily have to be that the performer is thrashing around, it can be the lighting and the items on the stage, the whole look of the stage. So yes the art is very important.

SR: Without visualization is it possible for a band to make it? 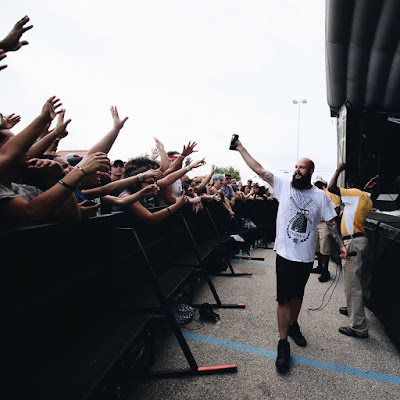 TR: Difficult. You can certainly release a song untitled, no cover, etc... and people can visualize what it would be. But if you put the artwork to all the pieces you do, it is going to have an effect. An artist could release a total white or a black cover only and let the audiences bring in their own visualization...either way it all has an effect on the total package and experience. We just know to us as a band the package is important to us and we want the artwork and all to be that influence.