July 04, 2015
Musicians are dreamers, believers, entrepreneurs, and many times humanitarians. They've a deep sense of appreciation for the work they've put into their passion, and in turn they want to share it. To be successful in this business requires a tenacity to keep pushing the boundaries, but it also entails a sense of awareness. In a sense to view the world as from behind a camera's lens, and at times to find oneself in the middle of it is where singer/songwriter Meghann Wright has unquestionably found her home. 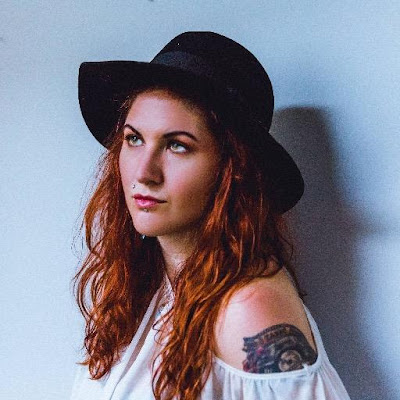 Song River: Meghann you've lived, loved and breathed life. From empty apartments, to double shifts... places from your own 'hood' you've drawn inspiration from. In order to create good stories do you feel we have to walk through fire?

Meghann Wright: To create good stories, yes, I believe you have to experience life, but to tell good stories I don't think it's necessary. For instance I was at a Jason Isbell show recently and he explained his song, “Decoration Day,” was based on stories he had heard from other people, but he was sensitive and clever enough to understand and carve out a great piece of art even though he hadn't lived the story.

SR: Where does life’s best education come from?

MW: Other people. Especially those who are older or more experienced than you.

SR: Which books must sit upon your shelves or lie stacked by the bed?

MW: Anything by J.R.R. Tolkien, Michael Chriton, or Pema Chodron.

SR: Laugh at life? Or brood philosophically over its predicaments?

MW: This is great. I do both pretty regularly. I grew up on comedy (stand up, movies) and sad songs alike. I think people need art to cope with things. If you can find humor in the worst parts of life, you will make it out OK.

SR: Can solutions ever be found in a bottle or destructive form?

MW: Anything we reach for to comfort us is usually bad for us if we can't control our appetites whether it be sex, drugs, shopping, gambling, whatever your poison may be. I've found that my vices usually increase my suffering in the long run. But they do make for good stories.

SR: Do you believe music and the arts can be another outlet by which to save us from ourselves?

MW: Like I was saying before, they can be positive coping mechanisms. As someone once said, 'we have art so we don't die from the truth.'

SR: Is it faith that moves you forward into something other than yourself?

MW: I have faith in humanity and the inherent goodness that lives in all beings. I believe it is important to start small and just try to do as much good as you can. Others can learn from you and benefit from the good things you do. SR: You walk into coffee shop. Robert Smith, Tom Waits and Morrissey are sitting conversing. Deep into conversation, Waits looks up and blows his cig smoke your direction. He motions for you to come over and join them. What would you do, and what would you contribute to their philosophical life discussion?

MW: Honestly, I would just love to listen to them all talk and learn as much as I can from them. If I contributed anything it would be a playful joke here or there to make them laugh.

SR: I was watching your cover of “Summertime” in your tour van. How often do these moments of, I haven't even had my coffee yet, but let's go ahead and burst into song?

MW: Especially on Warped Tour it's almost every day (laughed). But yeah, I usually wake up with music in my head. If I wake up singing, it's going to be a good day.

SR: I had to laugh at the sheer enjoyment the three of you have together, watching the videos at each stop along the covering America tour, and the improvising of car doors, etc... you seem to really have fun with what you're doing.

MW: We love music, life, and each other. What more could we ask for!

SR: Do you have a favorite song to cover?

MW: I really don't have a favorite song to cover. I think it used to be “Wagon Wheel,” but that guy from Hootie and the Blowfish kinda ruined it for everyone. Now I just like playing whatever strikes my fancy at the time.

SR: Talk a bit about your current album, the writing process and mixing to production, title, producer?

MW: I worked with a couple of friends, Rocky Gallo at Virtue and Vice and Riley McMahon at New Warsaw, both in Brooklyn. They are both super fun and creative and easy to work with and they love classic analog gear and production which lends itself to the sound I was going for on the new full length, "Nothin' Left To Lose." It came out on Blacktop Records Tuesday June 30, (which was the last Tuesday ever for record releases. After that week, all new releases come out on Fridays).​

SR: “The City & The Heart,” a project you began. Chat with us about this project, why you began it, what is in it for you, its drive, and organizations it has been affiliated with?

MW: I started TC&TH about 2 years ago to create a supportive community for independent female singer-songwriters in New York. We started to do showcases to raise funds for SafeHorizon.org, a non-profit organization dedicated to benefiting victims of domestic violence. We just released our second compilation album featuring 16 artists and any donations we receive will be given to SafeHorizon.

SR: Could TCTH expand beyond NYC?

MW: I would absolutely LOVE for that to happen. It's really up to the artists in other cities to take it to that level if they are interested.

SR: Warped Tour so far, what do you think?

MW:  It's great! I'm having a blast. I am humbled and honored to be a part of a 21-year-old tradition that has showcased the talents of my punk rock heroes from “Bad Religion” to “Saves the Day.” It's inspiring to see that kids are still passionate about music. It's really one of the greatest tours ever. I'm endlessly grateful to be a part of it.

"Left My Heart in Brooklyn"