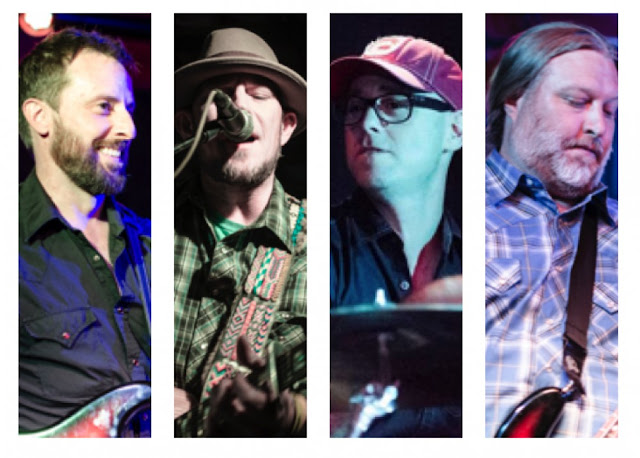 Song River: There is a line from a song that goes, “The road is long with many winding turns that leads us to who knows where... will get there...” Emmett here the band is embarking on their first European trip. What is going through your mind?

ED: Going over-seas to play for really passionate music fans is exciting. I have never been to Europe, so for our music to open those doors, is really humbling.

SR: How did the whole tour come about and what have you all done to prepare for life on the road for several weeks? 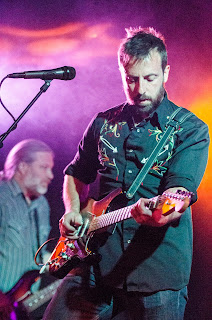 ED: We were introduced to Dee Alshuler from Whammy bar Productions by our drummer Scott Seymann. They book a lot of tours back and forth for German artists as well as American artists. We had always wanted to go play in Europe and she liked the band. That was it, we started talking dates soon after that. She came over and met with the band with a rough itinerary and has made it all happen.

SR: What towns/cities will the band be performing?

ED: Mostly the southern part of Germany, cities near Munich & Stuttgart. Playing a gig at Kratzers Biergarten in Bavaria, Musikpark in Maulbraunn, Kuni’s Hot Rod Café in Cawl. Just to name a few. But hitting a lot of German cities and a few in Austria as well.

SR: Since part of the tour focuses on German speaking countries, have you all brushed up on your German?

SR: Has the band already mapped out the 'set list' of songs they will be playing while on their European Tour? 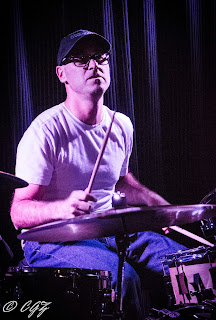 SR: When Tramps & Thieves began back in 2001, the bands style was the 'in' thing and big all across the western portion of the states. The sound a bit folk, a bit alt-country, a titch bluesy, a smattering of rock n rhythm has again taken root here in the United States. Have you all listened in to what sounds are popular right now in Europe? What do you think the actual reaction will be or do you have any inclinations to anticipate at all?

ED: No, I haven’t researched anything as to what’s popular over there. I am just excited to play our songs. I don’t think it’s a secret that American bands can do well in Europe. They appreciate the fact that you spent the time writing, rehearsing, and recording the songs. I think that they appreciate the fact that you have brought it over personally to play for them, instead of hearing it on the web or something.

They are passionate music fans and we are excited to show them what we have been working on for almost 15 years.

SR: Is there a 'slogan' or tour name you all are going to use as you make your headline way across the taverns, pubs, and regalia across Europe?

SR: What is it about 'Independent' music that attracts you and has held you really through the years of rock n roll?

ED: For the guys in this band making music is necessary for us as people.

SR: Your last album, “Galloping Hearts,” was released in 2014. Are you looking to add to your songwriting for the next album from your European venture?

ED: Well hopefully that will happen. But there’s no telling where the next song comes from.

SR: After returning from your tour does 2016 hold the next album, if so any ideas on release period, producer, etc...?

ED: We haven’t started talking about the next record yet. We worked with Curtis Grippe at STEM on “Galloping Hearts.” We liked working with him a lot.

SR: Where do you as a musician feel the most comfortable performing? Smaller more intimate clubs or larger stadium audiences? 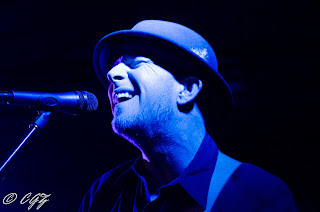 ED: We have been doing this a long time as a band. We started by playing some of the smallest clubs in Arizona. Long Wong’s on Mill in Tempe held like 90 people but was one of the most fun places we ever played, The Yucca Tap Room, The Spirit Room in Jerome, Last Exit. It doesn’t matter the size of the venue, it’s the energy in the room. We have had opportunities to play a few really big stages, but it really doesn’t matter to me. Although, (laughed), it is nice to have pros running sound for ya, and helping with gear!

SR: I am sure the band as a whole is looking forward to many aspects of this European Tour, however is there one particular part or place you yourself Emmett are looking forward to? Somewhere you've always wanted to perform?

ED: Honestly, we have wanted to get this opportunity for a long time. I’m excited that our music has taken us here. I’m excited to show them what we do.

SR: How has working with Dee Alschuler (Whammybar Productions) as your booking agent and tour manager been?

ED: She has been vital to making this happen. I have booked all of our past tours and know how much time and dedication it takes. There are a million little details to work out. She has taken care of our back line and everything. We get off the plane with a few guitars and cables and will be ready to go. She is really easy to work with and we appreciate her putting her reputation on the line for us. She speaks all the languages and has negotiated all the deals. That would be an impossible barrier for us to get through on our own. 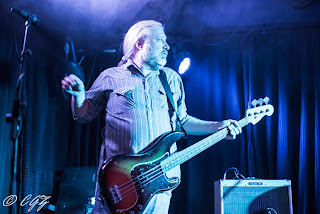 SR: Is their any room for impromptu club dates along the way?

ED: I think she has us booked every day, sometimes twice a day…we will see.

SR: Plans when you arrive back home? Concert? More touring?

ED: We have a show before we go on tour at The Rebel Lounge in Phoenix on Sept 12. It’s the tour kickoff, then when we get back we are playing Cactus Jacks on Oct 9 as a home coming show. I’m sure we will get out to the rest of Arizona sometime in the fall, we have a few things up in Montana scheduled around New Years. But mostly spending time with family. They really have to sacrifice for us to do these sorts of things.

SR: Lastly, with family back home... do you have your international calling card plans in place and are we going to receive any 'real time' photos on social media?

ED: There are a few apps that we can use in WIFI area’s to FaceTime family and keep in touch. I think that we will be tweeting lots, and Facebooking everything as well.