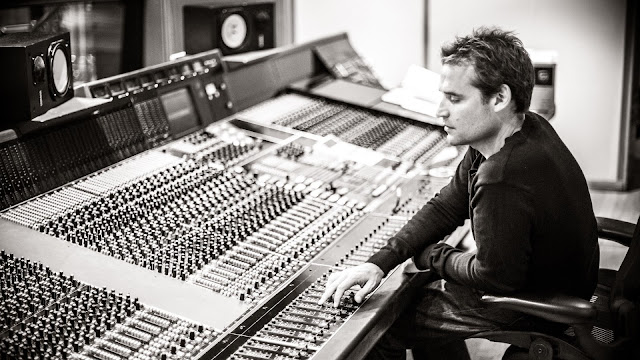 Song River: Hello there Paul! Have you had a chance yet to get some rest?

Paul Morgan: No, not yet. It's been a long night and I have to head off in just a bit, but wanted to do this chat first, so yeah! (laughed).

SR: Well, at least I know you've a good sense of humor as I was poking fun with you on Facebook and you played along marvelously. I have enjoyed watching the videos you shared with your public on social media. You can see that you've a wonky sense of humor at times.

PM: I know it was hilarious! I was laughing at what you had sent me, “Live person or Fem-bot answering.” And those videos I share are what happen when you have 'Batcave' fever!


SR: I don't think you ever have time to come out of your cave Paul, looking at all the music scores for movies, TV, video games and documentary series, even rock n roll artist's are on your list- you don't stop. You have the series Dredd to your credit, and now this new series, “Limitless,” but before we go there I want to know more about you. How did your passion for composing all come about?

PM: How did it all come about? (paused) I was very young and I needed the money... ah... (laughed). No, no my mom is a music teacher and a wonderful one at that. She is just this unbelievably brilliant teacher. She always said to me, “Don’t go into music, you'll never make any money, you can't make a living!” But of course I didn't listen. I was just always around music, I grew up around it. I was listening to records, playing the piano and finally one day she said, “Look if that is your dream, then you should do what makes you happy.”

So, with that in mind I then went up to Scotland to study, as mom is from Scotland. I studied at the Royal Scottish Academy of Music and Drama. I had gone up originally for film music, but as it actually turned out I ended up hanging out with a bunch of bands. There were bands like Texas, Snow Patrol, Simple Minds and Mogwai. The scene is still really happening even now. And while I was there I ran into Craig Armstrong (film music composer) and I got to see what he was doing, writing scores for films, and that was quite fun. I don't think it was ever an intentional thing for me to write for TV/Film actually...

PM: I literally just started doing some band stuff and then some TV stuff and film guys just like the fact that you've worked with bands. You know if you could do that mish-mash thing and do cross-overs people like that.

Everyone Do The Dinosaur!

SR: It would seem the more diversely capable you are the better your chances at earning a living. I think the days are gone where you can just do one thing.

PM: I think that is a very, very good point. I was talking to someone about this recently actually. You know the music for the film, “Walking With Dinosaurs,” its music score is very much a part of my background in classical music. I mean someone hears my music scores from Dredd and then hears something else from all my many works, and they are like, wow! Well, point is if you can't stand in front of an orchestra and make it sound good then what is the point? Who wants to listen to someone playing the same note?

I think though even still more you can't just be a “Jack of all trades,” you have to be a Master of all trades. You need to be able to do that cross-over thing nowadays. Plus, I think it's fun doing a bunch of stuff. I like grabbing different instruments, they all add something to the soundtrack. I'm always finding a different sound and bringing out of its shell. 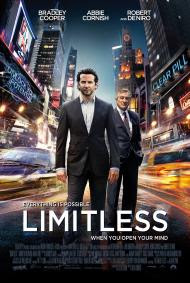 SR: Talk a bit about the music for this new series, “Limitless.”

PM: You have 41 minutes of music to score and I like doing different stuff, so for me it's like 41 minutes of brand new music every week, it's not a case of rehashing stuff. I know people may wonder how I do that, but it is called locking myself away all night in the studio and out it just comes. (laughed). It works.

SR: How were you approached about doing this series?

PM: Well, I had created the music originally for the film, “Limitless.” That was my first big Hollywood film and then Dredd happened and it all just went kind of bonkers from there. Then they decided to take the movie, “Limitless” and do a series for television, and I was approached to do the series by Marc Webb (500 Days of Summer; Spider-man Reboot) along with Craig Sweeny and they are just a phenomenal team and we had a bit of a chat. Their directive was not to rehash what already had been done with the music score movie. Of course I have always looked at this film as my baby, yes I know there will be many more, but I understood what they were wanting and it all came together.

SR: Do you have a favorite genre or style that you favor?

PM: Well, I was brought up classically, started producing bands music sounds, worked with orchestras... I am equally comfortable with all. They all reflect each other. They each bring something fresh to each other.

SR: What is it about Scotland that feels like home?

PM: It's a place to me that brings about my creativity. You got it get from somewhere. Then I met my wife who is Scottish/South African and had a couple of kids and last September we moved to the California area. So we have a home in both places.

SR: So you've a studio in Scotland and one you built here in the states last April?

PM: Yes, and they both reflect one another. And you work in there so much that it needs to be fun. I know some people put a bed in, but if I did that I'd probably never leave. (laughed). So, sometimes I stay like til 3 am and leave to reconnect again to family and sleep.

SR: To add another layer in your land of wonky diversity, how about creating a children's book about a composer?

PM: You know that's a good idea! As whacky as I am that would be fun. It would also add to the education of music. Whether you are going to be a professional musician or not it is so important to our character and makeup. If you look at Eastern Europe many of these countries have it financed through their government. It gives people an understanding of order and routine. It brings a serenity. Music is a huge part of our lives. 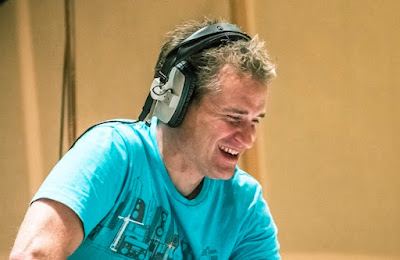