Interview with: Ryan Lott of Son Lux
I Feel It 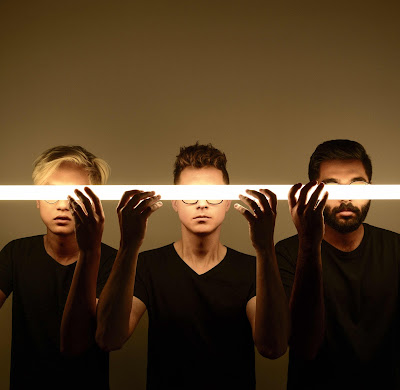 A musician's sound can be imagined in the motion and movement of dance, so Son Lux presents with their latest music project. I had a chance to chat a bit with Ryan Lott of Son Lux about their latest album, Bones, and the directive pulse in which Ryan creates. Not wanting to classify his style, or the band for that matter, I couldn't help but hear influences of David Bowie's own style. An immediate style attraction on multiple levels brings this new work to modern rock music.

With the hint of a secret recording project in the new year to come, and touring with special orchestra and ensemble mixes, 2016 is ready for Son Lux performances.

Song River: Sound. Do you see it, feel it, taste it?
Ryan Lott: I feel it.

SR: A mathematical precision of pattern moves in your music. While I was transfixed on your music, it seems to be set for dancers.
RL: My wife is a dancer and choreographer. She gave me my first opportunities to write music for dance, which became a central activity while I was developing the Son Lux project. It remains a big part of my output, so it makes sense that you hear an intrinsic, movement-friendly quality to it.

SR: Does a composer create differently for dance music, as opposed to an ear-bud iPod kid standing on the corner waiting for the next bus?
RL: Everyone is unique. For me, writing for dance is different in that my decisions are guided by the collaboration, and not by my own whims exclusively. 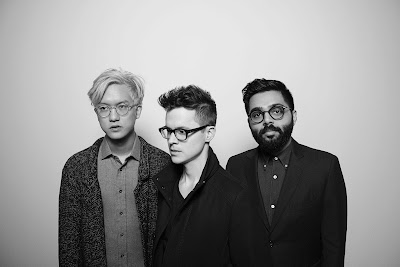 SR: Electronica Pop-Hop resonates within the album, Bones, but it has a deeper intellect than just run of the mill. Creatively speaking, where does your creativity fit?
RL: Not sure I can answer that question. The intent of the art is not to hit a particular target in a spectrum of genres.

SR: Bones has a structure that seems to step out of your usual skin.  First, you've gone with Glassnote Records. How has that been?
RL: Our relationship with Glassnote, our new label, didn't factor into the sound of the record. The same is true of my previous records and the labels that I partnered with to release them. One thing that is true of all of them is the belief that the artist's intention is paramount, and while there were healthy challenges to it , there were no efforts to subvert it. This is extremely important for me. A label is a powerful and important partner, but its role should remain extra-musical.

SR: Next, the album seems to take the natural flow of sounds, and spikes them with your electronic decor.  Do you find yourself open to always experimenting with sounds?
RL: Experimentation with new sounds, both organic and electronic, is an obsession. It's the starting point for almost all Son Lux material.

SR: Where does this attraction come from using electronics to enhance, alter, prick and pull sound?
RL: After college, when I began making music with a computer, I was poor, and I had almost no access to other professional musicians. Because of these limitations, I developed habit of deeply exploring the potential of every sound I could get my hands on. I learned, because I had to, I could do a lot more with a small amount of material than I had thought. Now that I have a lot more resources in things and in people, I have to remind myself to be patient in my process, and to keep mining small things for big results.

SR: Also with your album, Bones, you've pulled together a trio to tour.  What has that been like, touring and the triangular points creating your music?
RL: I created the band to tour the previous record, Lanterns. On the road, we discovered a great chemistry and want to write new material together. So it was natural for the trio's role to grow to encompass the album work, as well. Bones is our first record as a trio.

SR: In your creativity of sound, patterns, and presentation I found a kinship in your sound to David Bowie.  What have been some of your influences along the way?
RL: A few people have drawn that comparison, as well. But Bowie was never an influence for me, actually. However, I did love the movie Labyrinth when I was a kid.

SR: You're not afraid to strip the moments bare, dissolve them, and recreate a practical structure of musical sound. Not only sound, but a dynamic imagery to compliment what you've produced. Is what you do musically a deliberately manufactured rite of passage? Does anything ever come by its own natural flow?
RL: Well, it's true that I, and now we, develop material slowly, always forming and reforming it to find unexpected and unique ways to present it. There's a maturing process that can happen to an idea when patience is part of the equation, so we aim for that. However, not everything is laboriously conjured. Some ideas emerge almost fully formed, or start with a degree of momentum that allow them to grow quickly.

SR: Do you feel your style of creativity keeps open many windows into the multiple facets your work has taken you? IE. Commercials, Choreography, etc...
RL: Yes. The sound of the music is a big part of that, in that it's often cinematic and feels good to move to. But also, I've actively sought collaboration across disciplines along the way.

SR:  What does 2016 hold? Where and when can we find Son Lux on tour?  Extended plans?
RL: We will continue touring in 2016, and we have some very special performances in the works, including appearances with an orchestra and other extended ensembles. We're also working on a secret recording project in January and February that we're very excited about. 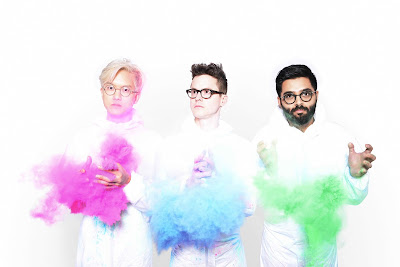 
Lost It To Trying