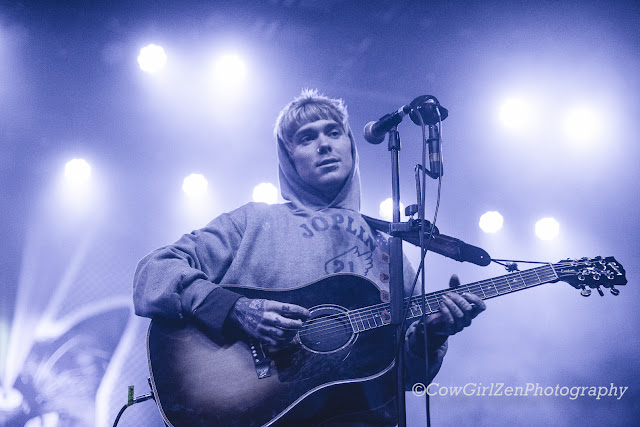 One of the greatest things about the indie-alt rock scene are the large gatherings of musicians and fans it brings together for an evening of friends, music and fun. Recently Never Shout Never's, The Black Cat Tour came through Tempe, Arizona and rocked the Marquee Theater venue. Never Shout Never brought with them on tour some of the indie rock's best: Waterparks, Jule Vera, and Metro Station. Each carried their own solid set and the tour supports each sound uniquely and satisfactorily.

Setting off the night with a “most things” genre sound brand of music was, Waterparks. Tongue and slippery waterside cheekiness prevail Waterparks social media page, as this band comes straight out of the heart of Texas. What is pretty hip though about these guys, Awsten Knight, Geoff Wigington, and Otto Wood is though when they play they exude a passion for their alt DIY brand that brings their humor together with their cool sound and over to their fans. The audience loved them and rocked out right along with them.  The crowd encored for more, but alas the set was contained for only a certain number. Many of their fans said they had seen Waterparks before and they were a favorite.

Taking the stage about twenty minutes later was the band, Jule Vera. A tight group of musicians who bring their own brand of alternative sound. Out of the land of Alabama, Jule Vera was a perfect fit for The Black Cat Tour. Band members Ansley Newman, Jake Roland, William Stacey, and  Hogarth Horvath are a rock solid connective work. Lead vocalist, Ansley Newman, at times almost appeared to be a bit introverted as shoegazing persona came across. Yet, then there are the lightening power strikes as Jake, William and Hogarth tear up the stage. All of them crossing over to complete a tight sound of pop-rock that sees Jule Vera undoubtedly to be one of the best emerging bands to set their place firmly in 2016. Their debut EP, Friendly Enemies, is a must to add to the record collection. Ansley's vocals are sweet and yet completely and powerfully driven. Their strength lies in their lyrics and melodies to stand out in the music crowd. The audience sang along and danced to each tune Jule Vera delivered. On the A-list game is what Jule Vera brings.

Ready to rock Metro Station owned the crowd within seconds of taking the stage. Metro Station is spinning their latest release with their newest album, Savior. Performing songs from their EP, Gold, these guys hold a place in the heart of rock. A strong following was evident as the crowd went wild when Metro Station stepped on and their special VIP fans lined up alongside the stage. It was cool to see Trace Cyrus as he played his guitar saunter over to the sidelines of fans goers and pay extra special attention to them. Trace challenges and holds his audience impeccably with ease.  Mason Russo never goes unnoticed as his playfulness of interaction with their fans and leaning into them gathering each person their closer with his vocals. Both on this winter tour have solidified their ever growing fan base with their own signature of sound. The time spent apart, as Metro Station had dissolved for a few years, seemed to be the ticket to bring back a mature sound, solid songwriting, and a defining unification that Metro Station is now really where it belongs.  Cyrus/Russo make for a great music team and friends who can overcome any adversity are always the better for it.

The Black Cat tour brought out the 'third eye' members, Never Shout Never and lead vocalist Christofer Drew, coyly saunters his way towards the audience. The stage lighting mostly set in blues, Christofer played his uke with his hoodie zipped up tight and over his bleached blonde head to their audience who adores them. New age pop sounds, that are a reminiscent throwback a bit to a hippy hangover attitude are what makes the band members so much fun. Bassist Taylor MacFee, Hayden Kaiser on drums, and Ian Crawford on Guitar / Keys are the cat's meow, and Christofer Drew with his stage presence, vocals and uke playing make Never Shout Never's music playful and fun. The depth to who Never Shout Never may never be known on an intellectual level, but their fans are drawn to them because as one fan in attendance put it, they are “quirky and magical.” In a world full of seriousness, one of the strengths that are a part of music can be to take away the listener to a happier, carefree place. Somewhere to let one's own inhibitions be released, that is the music of Never Shout Never and that is what their "The Black Cat Tour" turns out to their fans, feline"ical" musical prowess.  Never Shout Never bounces their musical rainbow of alt-rock to the adoring crowds and the tour as a package brings about a feeling of having a good time hanging with your friends, making new connections and feeling the magic. One could say, this tour is all about the rainbow and 'tasting the magic!' 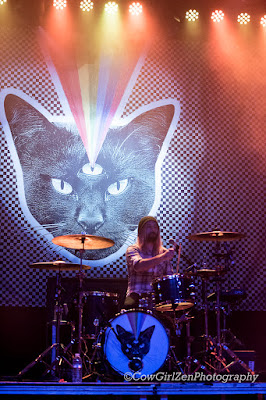 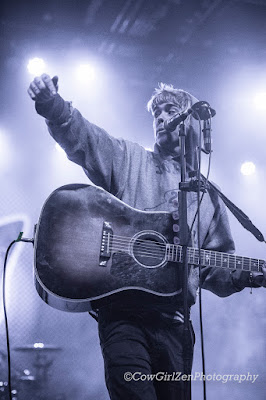 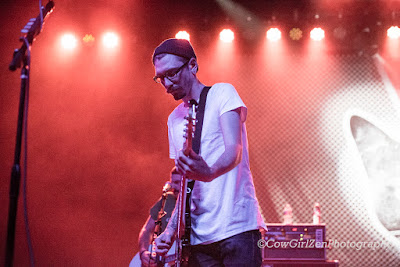 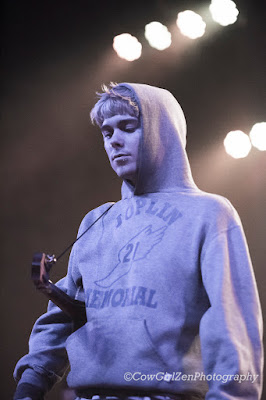 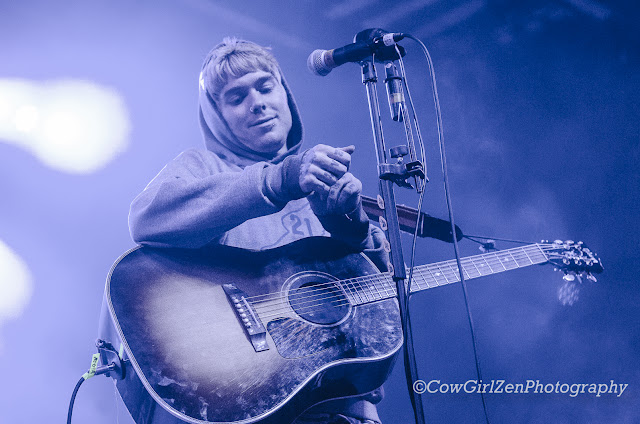 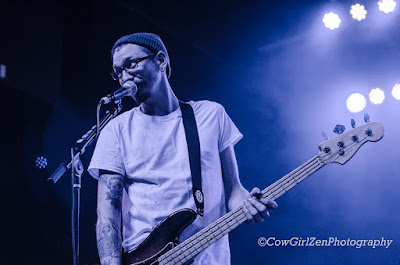 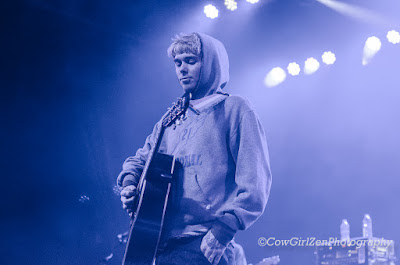 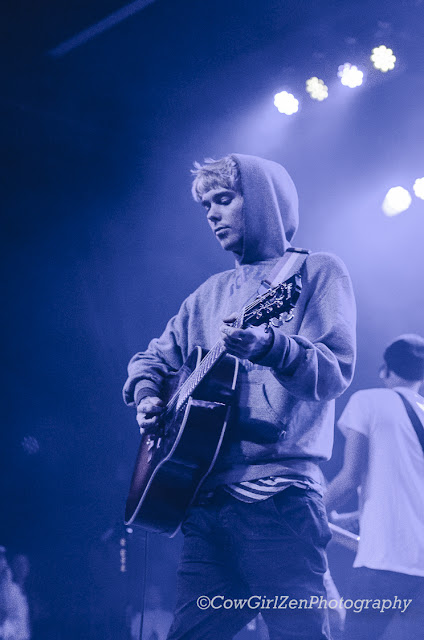 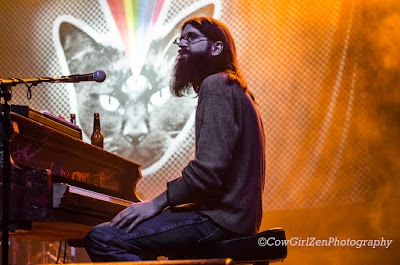 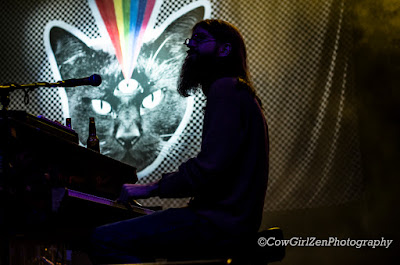 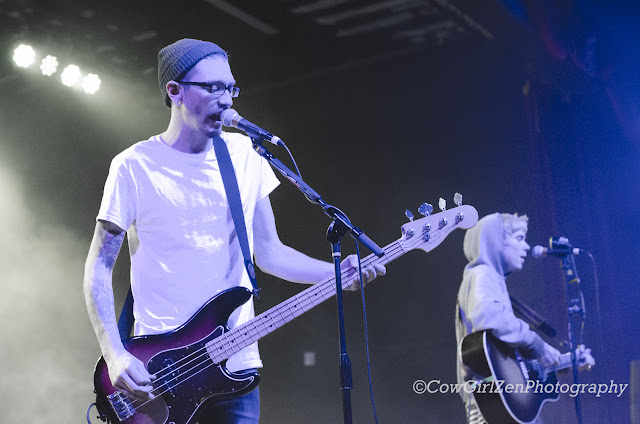 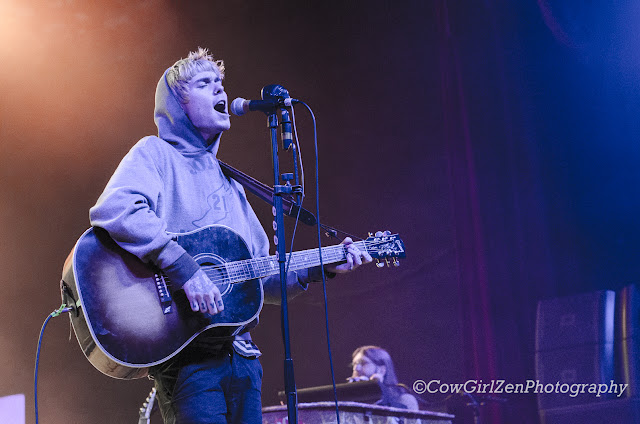 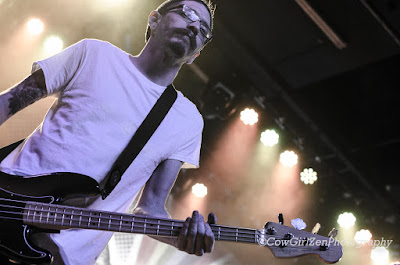 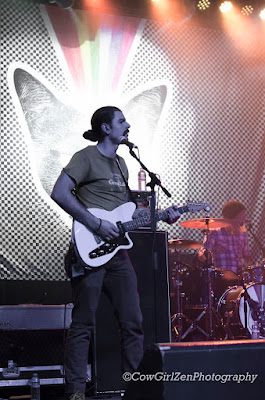 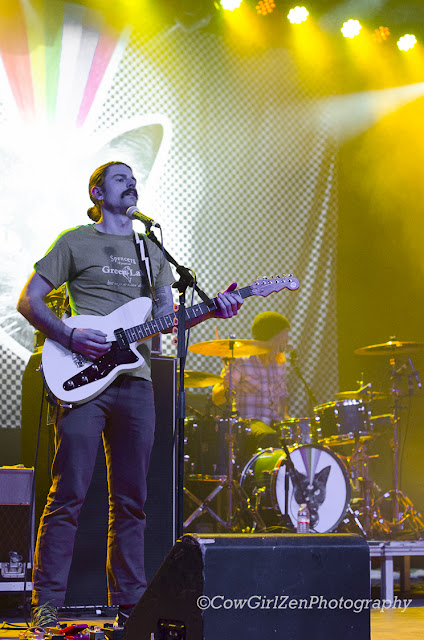