Ten years or ten minutes... time certainly waits for no one. Chatting with my friend, Ben Wells today of Black Stone Cherry as they are out on tour currently supporting their latest album, Kentucky. I asked Ben to take us back to their first recording at Barrick's Recording and reflect upon the first time they entered the studio to record their first self-titled album, Black Stone Cherry and this last recording session for their new album, Kentucky. Warmly and with fondness Ben talked to me about BSC's past, present, but most importantly their future in the world of hard rock.

Song River: Ben, let's start with looking at the song material written back then in comparison to now.

Ben Wells: Years ago when we first started we just wrote. Radio wasn't something we thought about. We just wrote what we liked. In a way, we kinda got back to that vibe this go around. We just want to make music that is natural and not written for any type of success. I think that's what will make it successful in the long run.

SR: Have you found the words and thoughts come easier/harder/same in your songwriting as they did back at the beginning?

BW: It's an ongoing process. They come and go. Sometimes we can be really influenced and have so many ideas coming at us. Other times we can hit a dry spell. It happens. But it all needs to come naturally and not forced. It's always been that way with us.

SR: Did you feel the same sense of anticipation when you create, record and the perform?

BW: If anything I get more nervous now I think. I love it. I love the butterflies. I love the feeling of performing and writing and recording. Maybe it's because people are listening more now, but I love the fun pressure.

SR: Butterflies duly noted... Has there ever been a level of angst about the material you produce?

BW: I wouldn't say we are an angry band. We are a positive band. We may sing about situations or things that bother us, but we never leave the song on a dark note. There's always a place to shine positivity.

SR: Have you changed at all in your approach and interaction in your art?

BW: I don't think so. If anything we've gotten back to not over thinking it. Just creating it.

SR: It is so important not to over think creativity, it really stifles it.
Reflect back to the first time you walked into that studio- describe how it looked, felt- now compare those same emotions to now.

BW: I was overwhelmed, excited and nervous. We all were. We wanted to play our parts right, and sing in key and were so nervous.  We didn't know the process. But we had a great time. Some of the best times.

SR: I was reading that the certain element of youth has been kept on this album, Kentucky. How has it held that element?

BW: 100%. That was our goal and it felt so good to just go in and be us. We self-produced this album. Did it all on our own. And the fans will hear that it's a true representation of BSC.

SR: The 1940's bungalow that appears on your latest album, Kentucky, seems to hold some special meaning.

BW: That's our heart as a band. The practice house. It's where the band started, where we write, where we practice, where we meet. It's our haven. People love to come hang there with us. It's such a cool country vibe. Literally in the middle of nowhere. We wanted it on the cover to show people our roots.

SR: Fans love to feel that sense of connection, showing where we come from really brings them in closer.
It almost seems in many ways, this album and this point in your lives is about coming back home.

BW: In a way. I mean, we all still live in Kentucky. We love it here. It's our home. And we are proud of it so we wanted to record here again. I mean..why not! [laughed]

SR: Is Kentucky more of a reflective album, or a recalling yesterday leading to what tomorrow will bring?

SR: Hard rock. Is it still just alive today in the age range of 30 to 40 and is it relatable to those 20 and under?

BW: In certain places of the world it still reigns as king of the genres. Rock is alive as long as people are playing it and people are listening to it.

SR: Does Black Stone Cherry ever believe that there is a time to make a statement on our social and cultural lifestyle? Where does the track “The Way of the Future” fit into all this?

BW: It is our view of certain situations. We aren't really a big political band, but every now and then we'll speak up a bit.

SR: Talk to me about the song, “The Rambler” what is there in the crux of this tune?

BW: It's a beautiful song. One of my favorites. It totally captures what we do in our lives and people will relate to that because everyone can feel the emotion in that song. Very special.

SR: Live? So it would seem that is the true baptism of BSC. What transpires and brings about this conversion do you think when you are experienced live?

BW: It's us cut loose. It's BSC in your face. Loud and heavy. Soulful and emotional. It's where our personalities meet the music and that's what it's all about with us.

SR: As a group of friends, as a clan, as a family, as a band BSC has stayed true. What is it you all decided back at the beginning that has been the go to- that kept you rocking and solid?

BW: It has to do with where we are from, how we were raised, and the fact that we are FRIENDS before we are a band. We are all in this together.

SR: To another ten years of BSC? What is it all of you see and want?

BW: I hope we are putting out more music, touring and making new fans, and doing more of this! Talking about BSC! 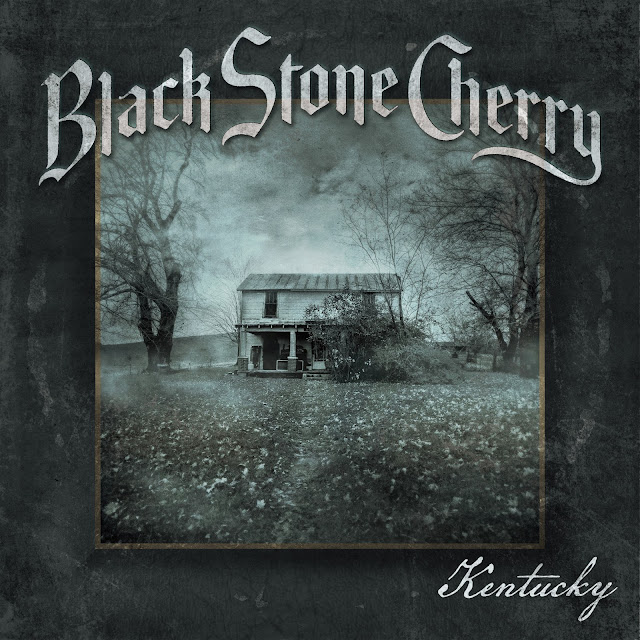 Black Stone Cherry- "In Our Dreams"