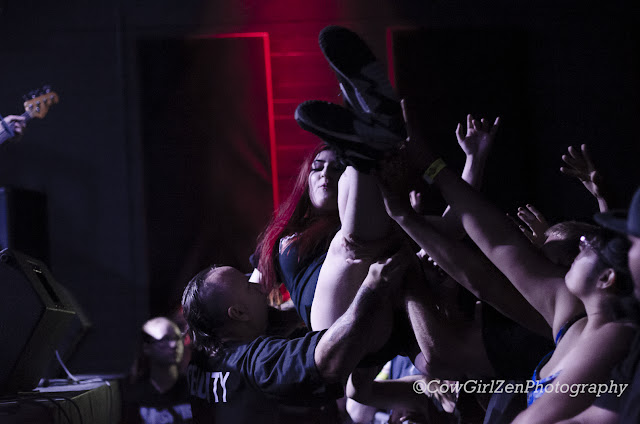 Ten years brings together the heart of perseverance and a passion for making metal-core rage. As the band Atreyu now celebrates their 10 years as a band (with a four year hiatus so 14 on the technical side of things) their latest album, Long Live, shows their break was needed as it has brought forward their original drive into the space Atreyu deserves.

Currently out on tour here in the states, spinning through Vans Warped Tour, then a jet over the pond to the UK and Europe and eventually landing down under to tour with Bullet for My Valentine in October... This year is looking like that hiatus might have been the best thing to have ever happened to Atreyu.

Just prior to their stop in Phoenix, Arizona at Club Red lead guitarist of Atreyu Dan Jacobs took a few moments to talk with me. His energy and excitement for this year is quite evident and good to hear.

Song River: Ten-year marks are something really special. Looking back from where Atreyu began to today... what  have you seen as the overall gain made by the band? 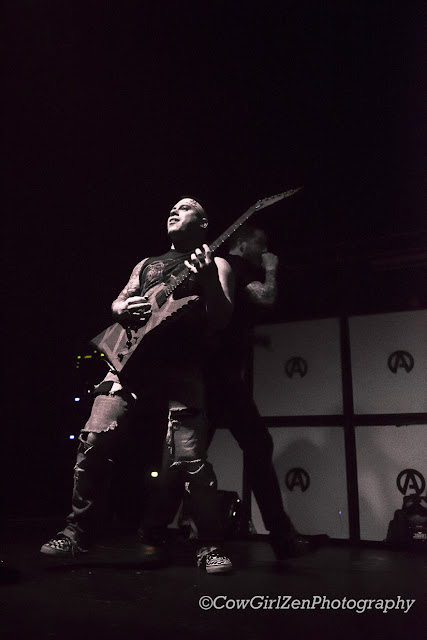 Dan Jacobs: We've been able to make a living traveling the world chasing our dreams. We've been very fortunate and look forward to continuing our quest to fulfill all our rock n roll dreams.

SR: Apply that same thought to the development of your music. This can encompass songwriting, melody, recording.

DJ: We've released 6 full-length albums in 14 years working with a different producer each time. The collective effort and experience from all that has taught us a lot about songwriting and recording as well as helped mold us into the band we are today.

SR: How about performing live? What are some of the same things that hold true to the band today as you tour?

DJ: We have and always will bring a very big ,energetic, rock style show to our audiences. We pride ourselves on our live show and has been our biggest selling point since day one. Nobody leaves an Atreyu show feeling disappointed. We won't allow

SR: During your 'independent' years you went by the name Retribution, but changed the band name to Atreyu. Why the change and what was it in the book/movie The Never Ending Story that you identified with to make this the band's new name?

DJ: We felt our sound was evolving in a new direction and wanted to start fresh with a new name. Retribution was a punk band and Atreyu was our heavier more metal outlet. At the time of this transition, a lot of our favorite bands had names of characters from sci-fi, fantasy, horror, type movies so we were intrigued by the name Atreyu and went with it.

SR: There was a four year period of time when you all were not playing together. Were you as a band really ever on a 'hiatus' or was that just a term the media tagged on?

DJ: We definitely were on hiatus. We were all burnt out and needed a break.

SR: Bands have side projects, it is part of taking care of the creative sides.  What are some of the 'side' projects inside the music and even outside music that the members take part in? 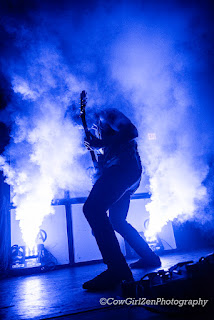 DJ: Alex tattoos, Marc is photographer/artist, Travis and Brandon score music for TV/film as well as Brandon singing for his other band Hell or Highwater, and I own and operate a merchandise company called Rock World Merch and a company called Pluginz that makes "Jack Racks" which are wall mountable guitar amp style key chain holders. They rule! www.TheJackRack.com


SR: The album Death-Grip On Yesterday seems to carry some weight in its meaning.  Describe this album.

DJ: It's our 3rd studio full-length and the first album to debut in the Billboard Top 10 as well as a follow-up to our biggest album to date so there was a lot of pressure to deliver. The name reflects that and many other things in not being able to let go of the past. Every album is a form of growth and a transition to a newer version of ourselves so it's healthy to not hold onto the past so tightly. It's about learning to let go of the past so you can allow yourself to grow into the future.

SR: From Death-Grip On Yesterday to your current album, Long Live you've had a few label changes, some life events occur within the body of this current tour have you noticed anything about your fans?

DJ: We've learned how truly passionate and dedicated our fans are. Even after being a band for 17 years and taking almost 4 years off they still come out and support us as if we never left.  We're nothing without that and it will fuel us to even greater success.

SR: When the tour winds itself down in Vegas. New album on the horizon? More touring? Talk about the rest of 2016-17. 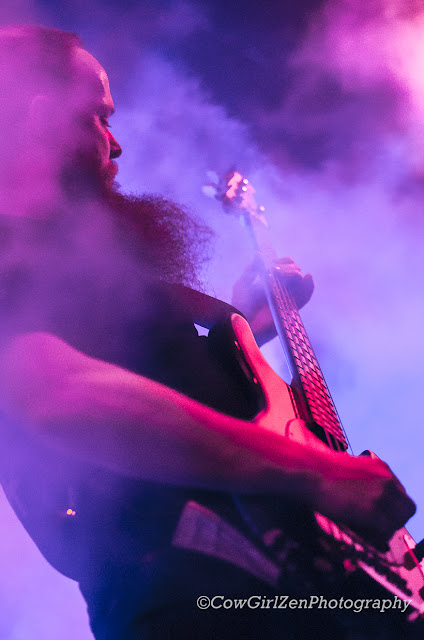 DJ: We're heading to Europe/UK to play some festivals as well as Warped Tour in the summer and Australia with Bullet for My Valentine in October. Busy year!

SR: From the  Jr. High years and the need to create music to today. When you listen to other bands music or go see a concert do you still find yourself gravitating towards the same musicians? If so, what is it about  those musicians you connect with?

DJ:  I've grown a lot in my taste for music. Mostly chasing that feeling you get when you discover a new band that just hits you in the right spot. I love that feeling so my journey has taken me across genres and greatly influenced my writing and playing.

SR: I understand Dan that you are a huge fan of 80's rock. Was it the hair, the breakdowns, the riffs, the clothing, the persona... what was it about the 80's that killed it wickedly for you?

DJ: All of it! Everything about the 80's was turned up to 11. The lifestyle, partying, the musicianship, songs, production, everything was over the top huge and I love all of that. That's what I bring to Atreyu.

SR: What does the future of metal-core look like as metal in all its sub-genres continues to evolve? Ruff!

DJ: Unfortunately, it's getting pretty watered down. Too many unoriginal bands sounding and dressing all the same. It's hard to tell most of them apart. I try to stay out of it and not let it influence is in any way. I like being original! 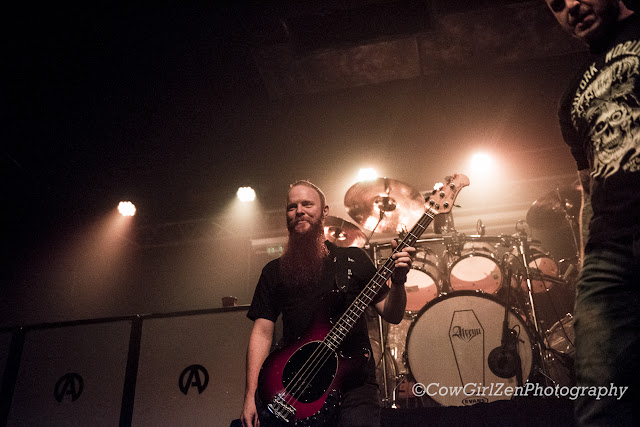 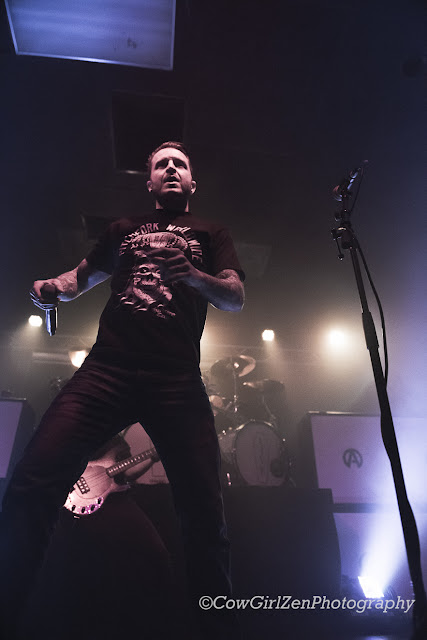 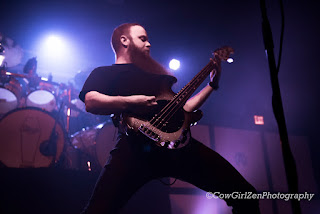 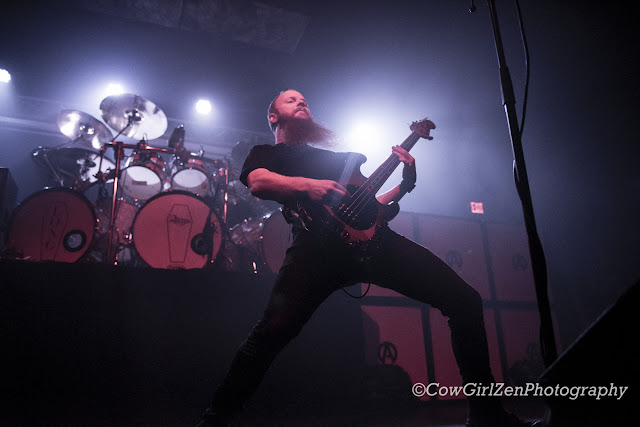 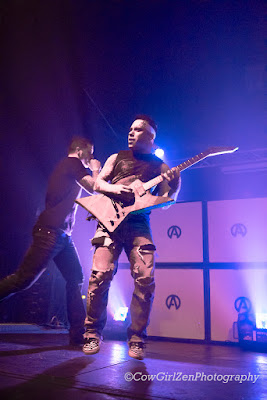 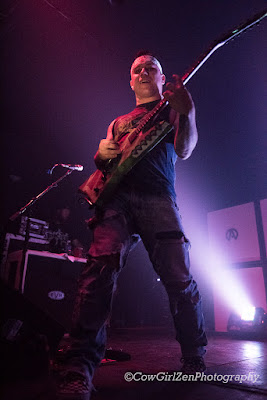 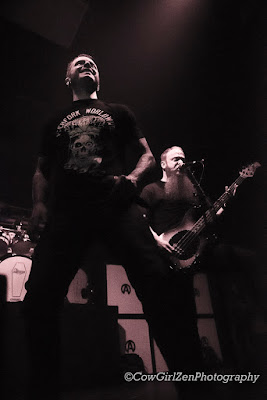 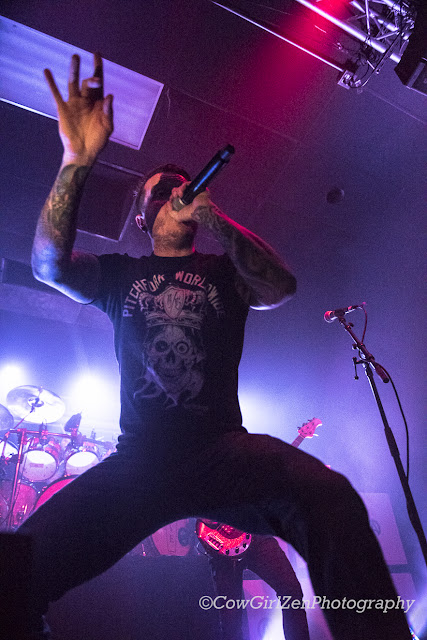 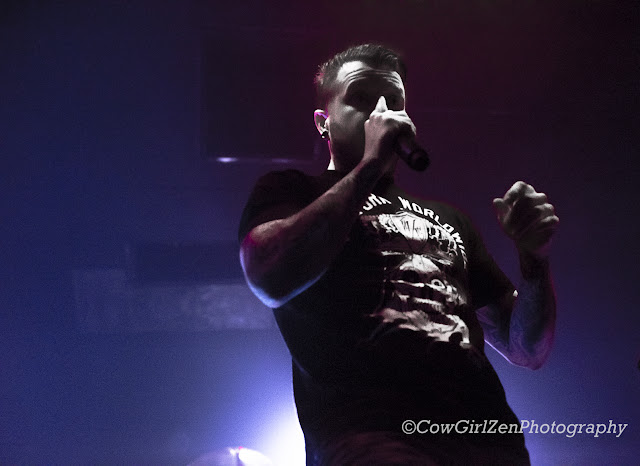 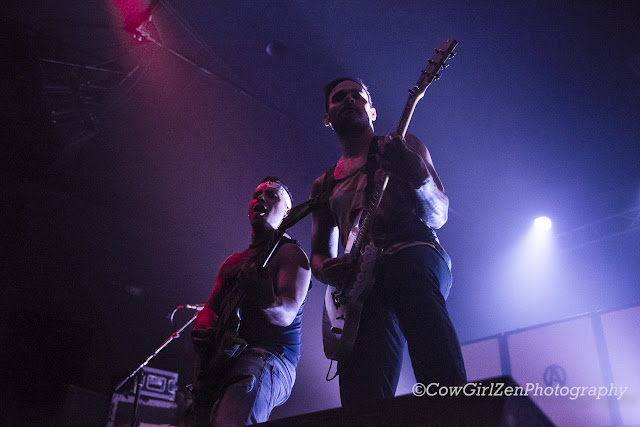 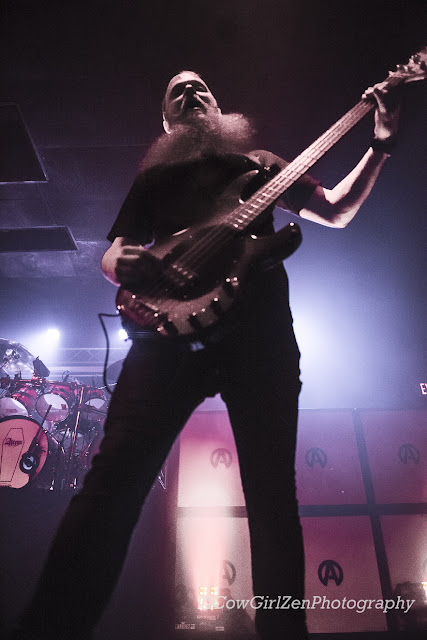 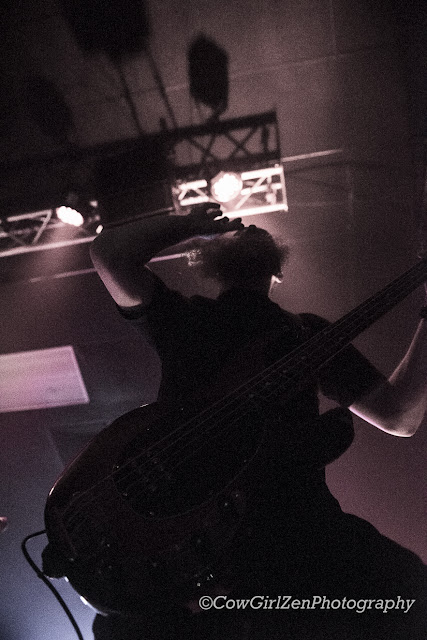 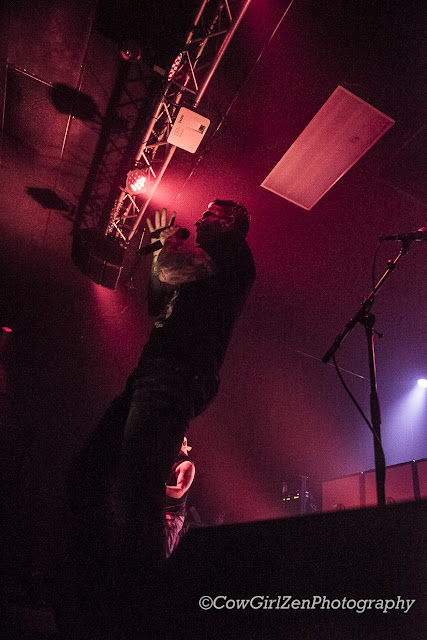 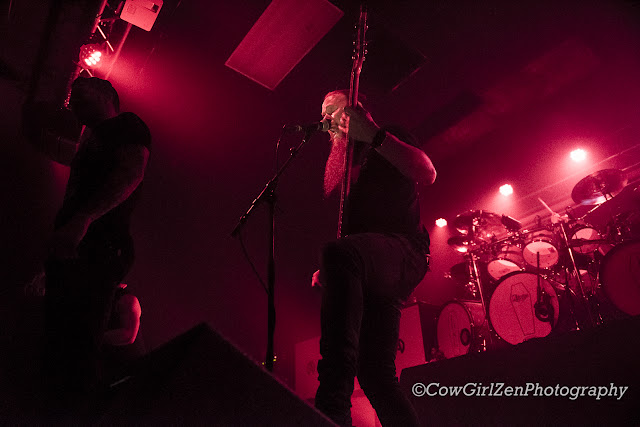 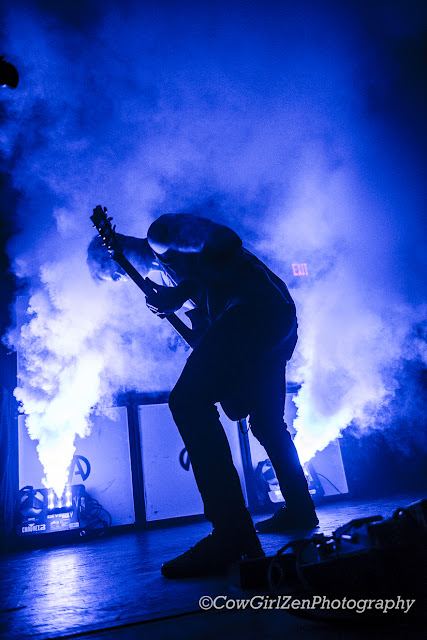 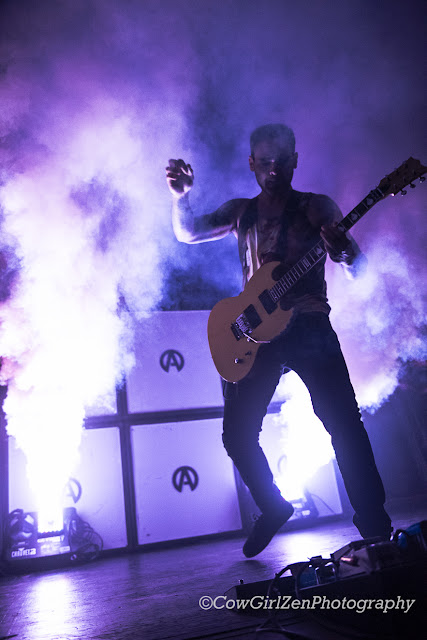 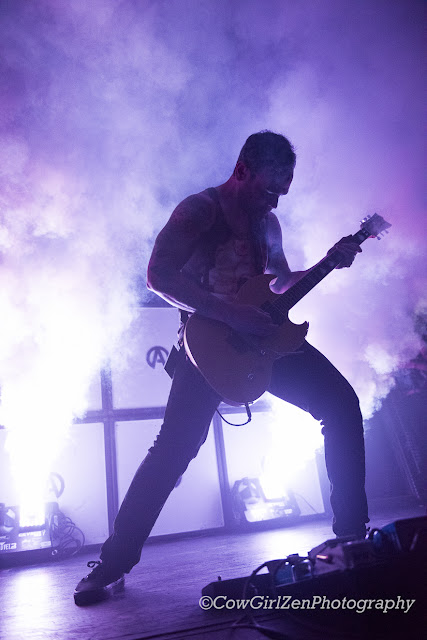 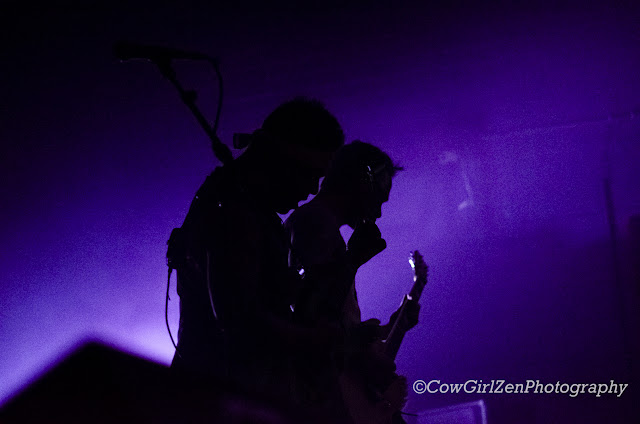 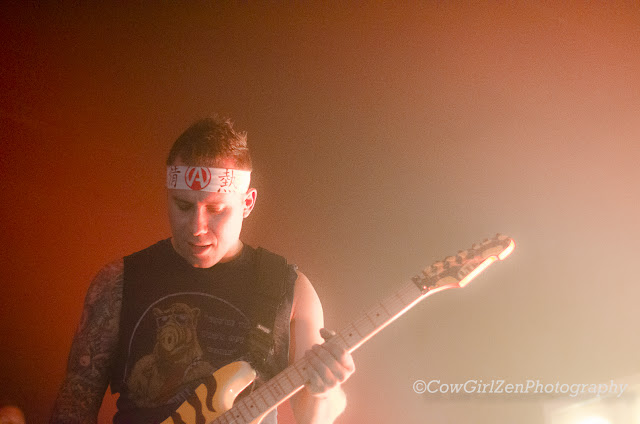