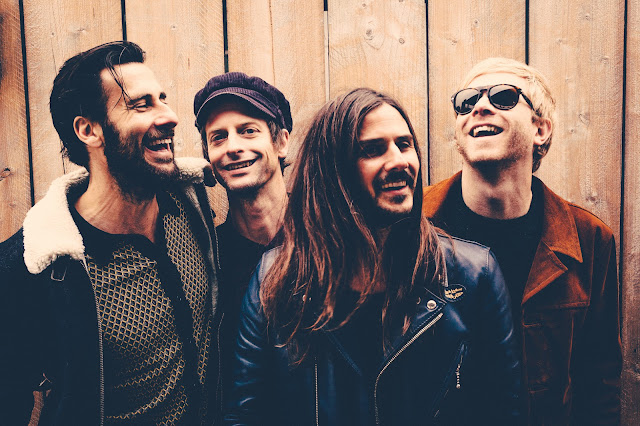 SR: Hey Nick thank you for making time to sit down and chat today. Hope you and your bass guitar are doing well?

One can't help when they listen to your sound to be taken back to the heart of rocking. Define your own take on rock n roll.

Nick Fyffe: Thanks and we both are doing great!

Rock 'n roll is an attitude as much as a musical style and people generally associate the term "rock 'n roll" with a carefree, debauched lifestyle. If that's what it means, then we're definitely not Rock 'n roll! My take on it is that we're doing what feels good. We're not dictated by what is considered "cool" and we're confident in what we're doing. That's rock 'n roll!

SR: The UK and Europe have been EDM absorbed. Yet it seems TTM has found its distinctive path.

NF: We just do what we do. There's all kinds of music out there with an audience for each. We're a product of our various influences and experiences which just happens to be live music playing actual instruments rather than programming a laptop. It's a lot more human and thankfully there are people who prefer that.

SR: The sound certainly is reminiscent to the anthem rock and to many great musicians your music can be identified with.  Take us back to 2014 when you were asked to be a guest band during a Stones concert in Berlin, was it?

NF: At first we could hardly believe it. It was a huge honor and very exciting. We loved every minute of it.

SR: Was there any time open to for all of you to actually play and hang out with any of the members of The Rolling Stones?

NF: Well we didn't get to play with them but by the third, fourth and fifth show we'd got to hang out with all of them a bit. They're a lovely bunch of guys. Real gentlemen, and my respect for them doubled after meeting them and watching their shows. I'd never seen them live before we supported them.

SR: Anytime humans are told not to do or think something... we seem to automatically go there. The single release off your newest, actually your sophomore album, White Bear, has some sort of psychological ring to it.  First what is the tie into this album as a whole?  Does the single, "White Bear" set the tone for the rest of the album?

NF: There's a fair amount of reference to personal struggles with the self throughout the album. This is something I think we all battle with or have experience of. We can be our own worst enemies at times.

SR: Isn't the whole key to great marketing to get the masses to keep thinking of your product and no one else's?

NF: Yes, we plan on using mass hypnosis and other brain-washing techniques to become the most powerful band on the planet.

SR: Understanding that the idea title White Bear comes from Dostoevsky's work... who of you are voracious readers?

NF: It was actually Wegner’s psychological experiment inspired by Dostoevsky's "winter notes on Summer Impressions" that inspired "white bear.” This may make us sound incredibly intellectual, but if we were that clever, we'd probably have different jobs!

SR: The single in truth, "White Bear" really does get stuck in your head. Lyrically in the chorus, but more importantly on this one in the instruments.

SR: Are riff's do you feel a signature part of your style as The Temperance Movement?

NF: Not particularly. There are more riff'ie' bands around than us. Maybe we'll make an album with no riffs in it next time?

SR: Watching some of your videos and digging into your music the projection of Black Crowes came forward, even so attitude of Zeppelin, rocking intensity of old Faces.  There are some UK bands like Raven Eye even that seem to really gravitate to what it means to rock.

NF: Thank you. Err...Is that a question or a statement? Either way, you are correct.

SR: In a live performance what is it you are wanting to give the audience?

NF: We want to give them a great night out. We want them to lose themselves in the music. We want to send them home with smiles on their faces and our music ringing in their ears!

SR: How about the album you purchased?

NF: I think it was probably FM by The Arctic Monkeys. I listen to albums on Spotify. A sad fact of these times is that people don't buy albums like they used to - me included. I used to love buying records and have a collection of vinyl at home. I loved the sleeve artwork and the act of putting a record on a turntable but I don't own a turntable anymore.

SR: For you, personally, what makes a song hit, stick, and stay?

NF: A lyric that resonates. A killer riff. A clever melody and a great groove.

SR: The cure for a blues heart?

NF: A new pair of shoes and a change of scenery. 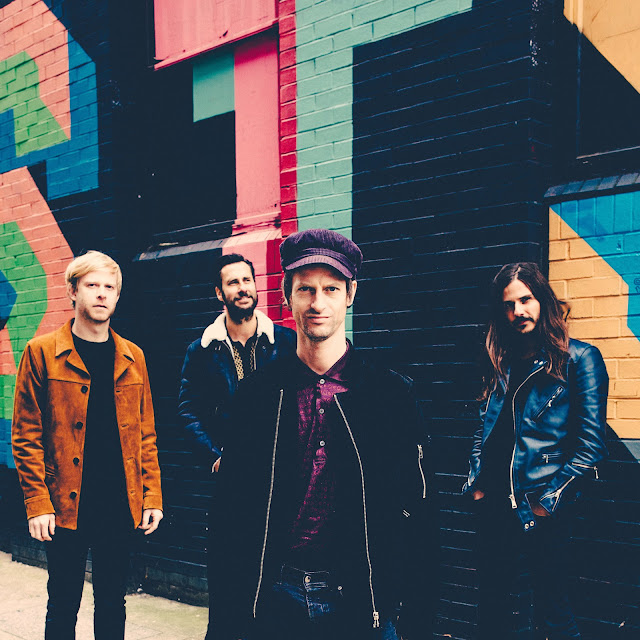