Synopsis: Jacob's family worries about Farrokh, the son of the family. Farrokh left Iran to continue his studies but he has not been in touch with them for a long time. Jacob travels to Sweden to look for his son...

Song River: ​
You tell of a tale I think every parent would find to be a nightmare, not hearing from one's own child? 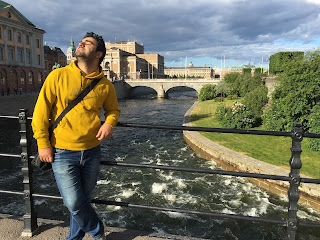 Yaser Talebi
​: ​
This is a fairly dark film for adults. There is neither profanity nor violence, and the themes are mature. An old father who teaches painting at a university in Iran deals with severe griefs that his wife experiences after their son moves to Sweden and there has been no news from him for two months. The son, in his mid-twenties, was studying in Greece, then he told his parents that he got a full scholarship to Sweden and that he was moving there. That's the last time his parents heard from him.

Song River: ​
What was the idea behind this short film, and why this topic?

Yaser Talebi
​:​
The film is a personal and real exploration of the plight of immigrants away from home: they hope to find a better life and get success to help their parents.

Song River: ​
The film has received wide accolades in Iran, "The Descendants," how has it fared outside your country?

Song River: ​
How does a filmmaker choose where they want to enter their films?

Yaser Talebi
​: ​
The situations for making films varies in different countries! But the incites behind making films may be common, it is making film based on their concerns.

​Song River: ​
Have you always used film as a way of telling others what is in your mind and heart?
Yaser Talebi
​: ​
I have no other reason! This film is derived from the concern which existed in my mind; separation of children from parents in modern age.

​Song River: ​
Even though one may speak another language, the emotions are spoken loudly in this film.
You feel when watching this.

How can you help other filmmakers learn to convey emotion without
understanding the dialogue or perhaps without dialogue at all?
Yaser Talebi
​: ​
In my idea, emotion does not need to be created, it is inside everyone, one just need to refer to him/herself! I tried to give a close look to Eastern feelings. Poetry in my film is deriven from the original Iranian culture, the same feeling which has always been with me, and it will be!

​Song River: ​
During the process of making this film, it seemed the colour red was prominent, am I mistaken?
Yaser Talebi
​: ​
Lucky guess. Love is present in all layers of the film. Only by discovering the nature of love, human beings can revive and cope with difficulties. For the sake of love, everything should be sacrificed.

​Song River: ​
What made you decide you wanted to enter this film in particular to Frame X Sound Fest?
Yaser Talebi
​: ​
My goal for participation in different festival is to showing my films to all walks of people across the world. the subject of love among human beings, love to opposite sex, love between parents and children does not belong only to my country, Iran. We all have the feeling of love, unless we don't have feeling to fall in love or live without love.

Yaser Talebi was born in Sari, North of Iran, in 1982. Yaser Talebi is an Iranian film director, producer, screenwriter, Editor, and a documentary director. Yaser Talebi is known as a documentarian who makes poetic and social environmental films. He already teaches in movie training institutes and makes documentary series and telefilm for Iranian TV channels. He travels around his home town meeting its people and exploring the environment, history and culture of the different regions. He has been famous as an innovative and creative director and aesthetic expert. He has been the planner and advisor in many advertisement projects for big companies. Beside producing and directing advertising trailers, he teaches directing and editing courses. He has also worked as cameraman and editor in many projects. Yaser Talebi is also an active member of Iranian Documentary Filmmakers Association (IRDFA). 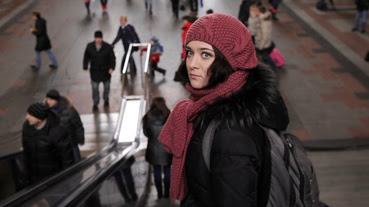