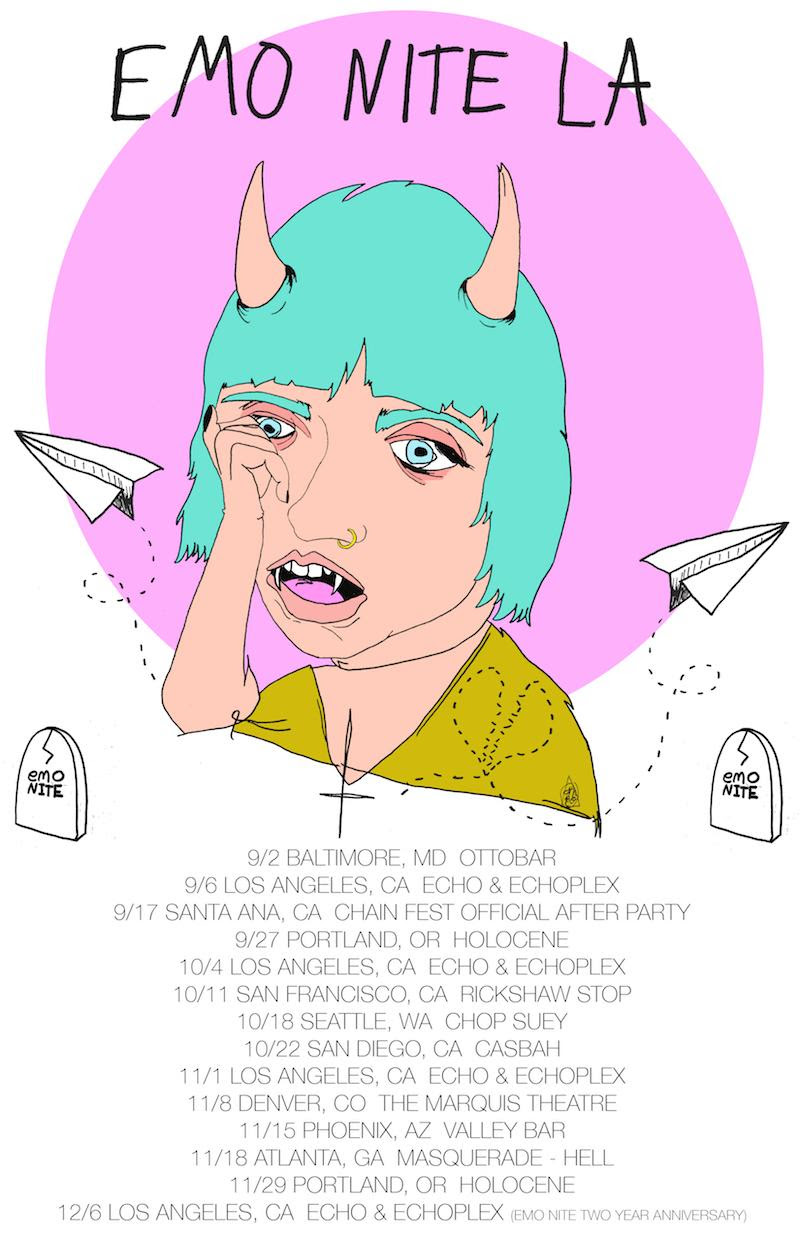 Holding Events In Los Angeles,
Santa Ana, Baltimore,
Seattle,
Portland,
San Francisco, Phoenix,
San Diego, Atlanta, and Denver!
"Much as the scene did
during its height, Emo Night has brought together hordes of like-minded people across the country to scream along to songs by the bands they grew up with." - Rolling Stone

August 23rd, 2016 - LOS ANGELES, CA - Following the success of their last expansion tour, Emo Nite LA is hitting the road again this fall. The monthly event, which is typically held in Los Angeles, will be taking over venues in Baltimore, Seattle, Santa Ana, Portland, San Francisco, San Diego, Phoenix, Atlanta, and Denver! Each night is sure to bring fun and surprises.
Heralded by Forbes, Billboard, Rolling Stone, LA Times, LA Weekly, Time Out LA, Alternative Press, FUSE, HelloGiggles, and more, Emo Nite is a monthly event that brings together people who share the love of emo rock music from the 90's, 2000's, and today. It's an excuse to rock out and drink the night away with your best friends and make some new ones while singing along to the greatest songs of your teenage years, including tracks from the likes of Brand New, Saves The Day, New Found Glory, and The Used, partnered with some old-school jams from Sunny Day Real Estate, Jets to Brazil, American Football, Jawbreaker, andDeath Cab For Cutie.
Each month, a different musician from the scene guest DJs at the event - previous DJs have included Mark Hoppus of Blink-182,Alex Gaskarth and Jack Barakat of All Time Low, Jason Butler of letlive., Bryce Avery of The Rocket Summer, Anthony Raneri of Bayside, The Wonder Years, FIDLAR, Jason Butler of letlive., Craig Owens of Chiodos, Tay Jardine of We Are The In Crowd, Marko DeSantis of Sugarcult, Jesse Mack Johnson of Motion City Soundtrack, Buddy Nielsen of Senses Fail and more! There have additionally been acoustic performances from Good Charlotte, Dashboard Confessional, Chris Conley ofSaves the Day, The Used, The Movielife, The Spill Canvas, Have Mercy, Seahaven, and more! These talented artists, combined with a dedicated fan-following, has helped the event grow in size, leading it to draw over 3,000 people each night.
From branded merchandise and collaborations with large scale clothing brands such as OBEY Clothing that turned into the full fashion line Graveboy, the Emo Keyboard App, the continuous success of events across the country, and working closely with local emo shows, what used to be a monthly event expanded to something no one thought it would, and they are welcomed with open arms in every city they visit.
Emo Nite was started by three friends, Babs Szabo, T.J, Petracca and Morgan Freed as a nostalgic trip back to the era of MySpace and skinny jeans, but it has become much more than that. Emo Nite started a movement. It reminded everyone that there was something special and timeless about that moment in rock music we called "emo." Something that was lacking in today's musical landscape - a community, and a safe place to be yourself. No matter who that is.
Simply put, Emo Nite is an experience you do not want to miss.
Upcoming Tour Dates
Sep 2 - Ottobar - Baltimore, MD
Sep 6 - The Echoplex - Los Angeles, CASep 17 - Chain Fest Official After Party - Santa Ana, CA
Sep 27 - Holocene - Portland, OR
Oct 4 - The Echoplex - Los Angeles, CA
Oct 11 - Richsaw Stop - San Francisco, CA
Oct 18 - Chop Suey - Seattle, WA
Oct 22 - Casbah - San Diego, CA
Nov 1 - The Echoplex - Los Angeles, CA
Nov 8 - The Marquis Theatre - Denver, CO
Nov 15 - Valley Bar  - Phoenix, AZ
Nov 18 - Masquerade - Hell - Atlanta, GA
Nov 29 - Holocene - Portland, OR
Dec 6 - The Echoplex - Los Angeles, CA*
*Emo Nite 2-Year Anniversary
For updates, please visit:
Facebook: https://www.facebook.com/emonightla
Twitter: https://twitter.com/emonightla
Instagram: http://instagram.com/emonightla/
YouTube: http://youtube.com/c/emonightla 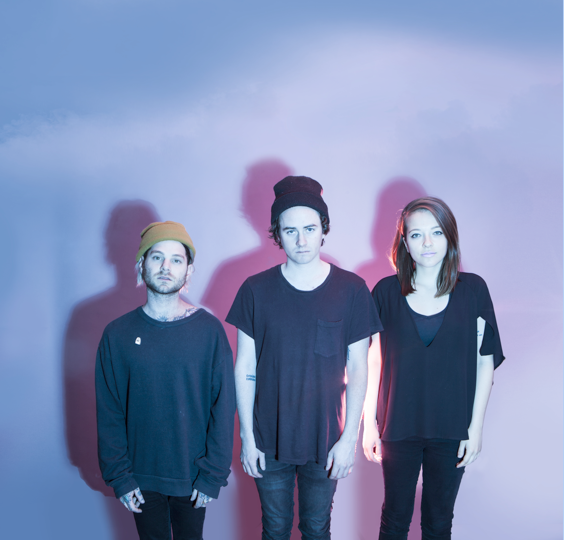