Interview with Jonny Hetherington of Art Of Dying 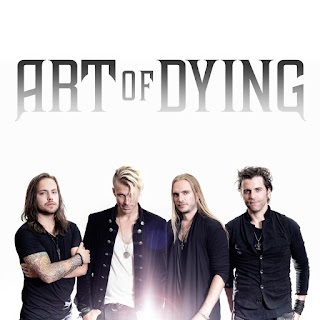 The Art of Busking. Really it would be a book many musicians could write and so many would be able to relate to it on so many levels. From the street corners of Canada in 2004, lead vocalist Jonny Hetherington would staple his flier to the rock n metal pole and a drive for a signature style along with a definite bred who burns his candle at both ends was born.
Currently out on tour, Art of Dying, is out sharing their new record, NEVERMORE and burning up every dark lit pub, saloon, cantina, lounge, pin, theatre, center they can find.

Song River: I was reading that street corner playing was really the inception for what would become Art of Dying. Would you, Jonny Hetherington, former street corner performer, recommend it to anyone wanting to begin performing in front of crowds?
Jonny Hetherington: Absolutely. That’s how I really learned to play and sing together for the first time, Playing on the street teaches you valuable lessons that you simply can’t learn behind closed doors. Real music, real people.

Song River: Busking surely has its pluses and minuses would you do it for the sake of just doing it at random presently?  Why or why not?
Jonny Hetherington: I would still busk, for sure… if I had the time. Between Art of Dying and running my food company (JonnyHetheringtonEssentials.com) I’m burning the candle at both ends these days.

Song River: Hetherington it would seem you are the only founding member now. What happened regarding lead guitarist Greg Bradley?
Jonny Hetherington: Greg left the band during our 2015 recording “Rise Up”. It was a tough decision that he felt he had to make. We’re still great friends and run a record label together. It was just time in his life to move on.

Song River: Tavis Stanley who came in around 2008 as rhythm guitarist has now filled the lead. How was the transition?  Tavis's guitar abilities are astounding... how is it handling the bridges, the breakdowns and the rhythm working? Is that a lot of responsibility or is no question let's get this done?
Jonny Hetherington: Tavis truly stepped into the lead role when he joined in 2008. He’s an amazing player live and also in the studio. He kind of lives and breathes guitar, it comes out of him like a natural emotion. Being a 4 piece now is something we all dig a lot.

Song River: Three studio albums in pocket, the last even having an extended play release in 2015 Rise Up- how much of you as a band is studio and how much of you as a band is live performances?  In other words some bands feel more comfortable on stage and their music is them revealed, yet others still like that protective cocoon of the studio where everything is controlled.
Jonny Hetherington: We balance these two worlds quite well. We have great fun making records and really enjoy the studio, but we also love playing live on stage. A lot of our fans comment that we sound better live, which I hope is compliment. There is something great about the live energy of a show and hearing 3 voices harmonize live as well is pretty moving. Something we do a lot of.

Song River: When you listen to 'rock' from other places outside of Canada what, if any, are some of the nuances yourselves notice that are the same or different?
Jonny Hetherington: It’s pretty much the same everywhere.

Song River: Is your sound harder per se than what it used to be?
Jonny Hetherington: Our Rise Up record is our hardest to date.

Song River: How has headlining this tour with Children 18:3 & Letters From The Fire been so far?
Jonny Hetherington: We hand-picked these bands, they are both really cool and different from each other. It's amazing for us to be in the position to help new bands get on our tour. I love the idea of our fans getting an earful of new music before we hit the stage.

Song River: You've a great relationship with Disturbed. Talk a bit about how that relationship occurred and developed.
Jonny Hetherington: Disturbed signed us to their imprint on Warner Bros in 2009 after Dan became a fan of our self titled indie album. We warmed the stage for them in 2008 and unbeknownst to us, the entire tour was a live showcase. I guess we did alright!

Song River: Dan Donegan's signature metal style is prevalent on the tune "Rise Up."
Jonny Hetherington: Ya, he cut half of the solo in an epic guitar battle with Tavis. Dan also joined us in a snow bank outside of Toronto for the video. Check it out on YouTube.com/artofdying

Song River: In the video for "Rise Up" the ending says... "to be continued..." what does the not so distant future hold for the Art of Dying?
Jonny Hetherington: New Music! We just released a brand new record called NEVERMORE that's on iTunes, Spotify and all the other digital sites out there. We have the CDs at our live show and you can get hard copies at www.artofdyingmusic.com. 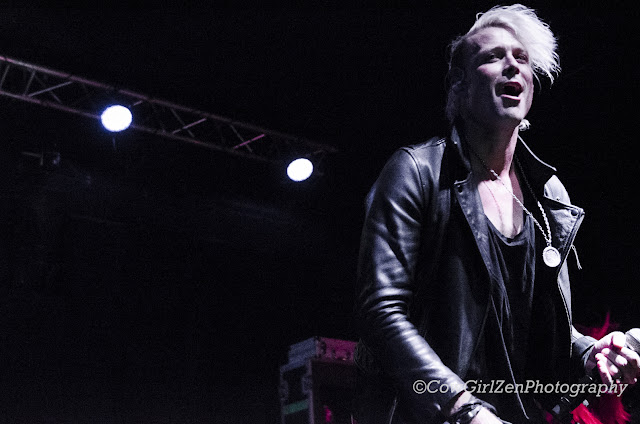 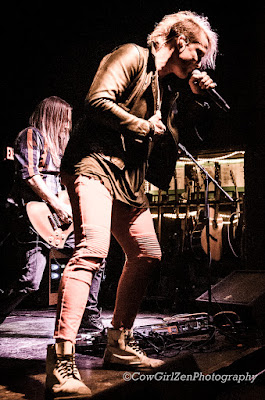 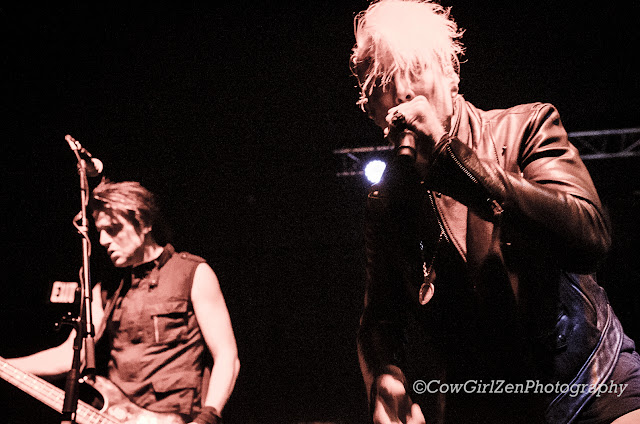 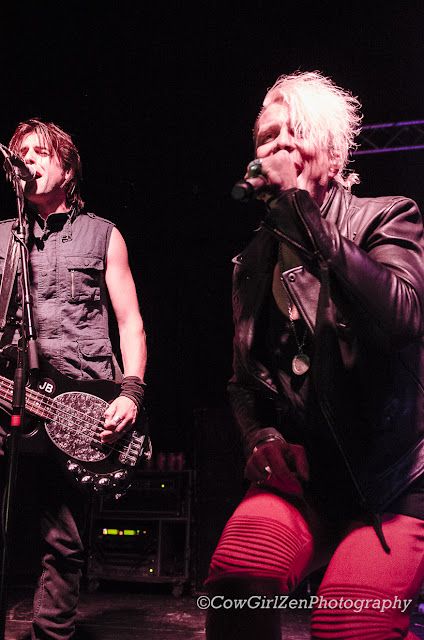 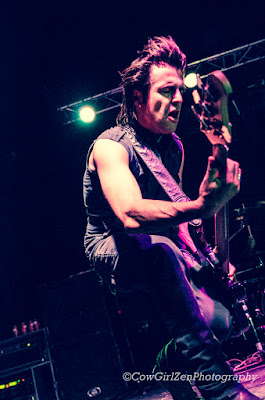 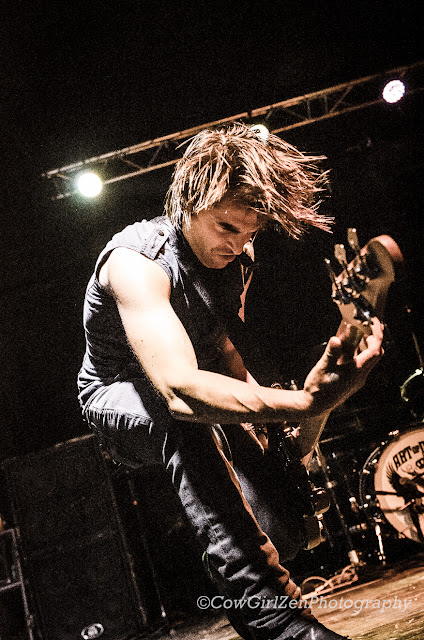 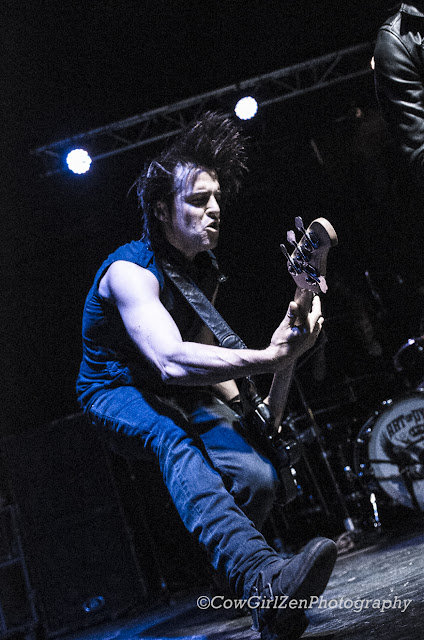 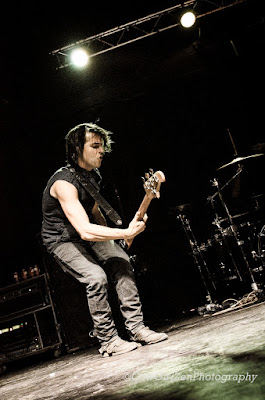 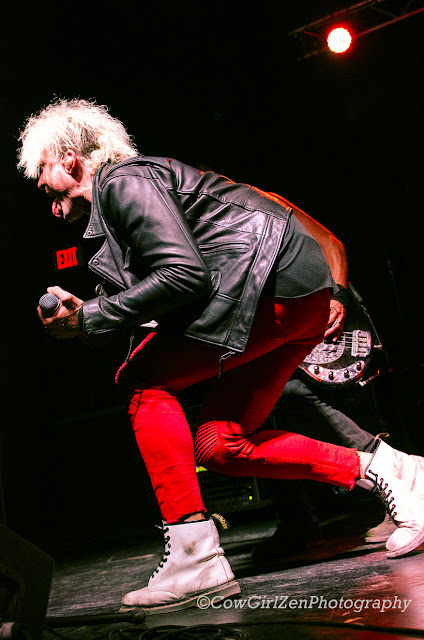 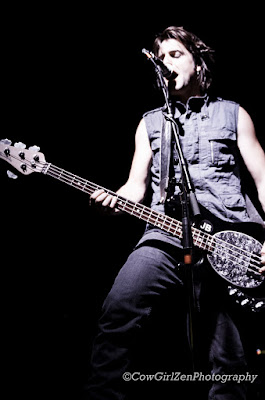 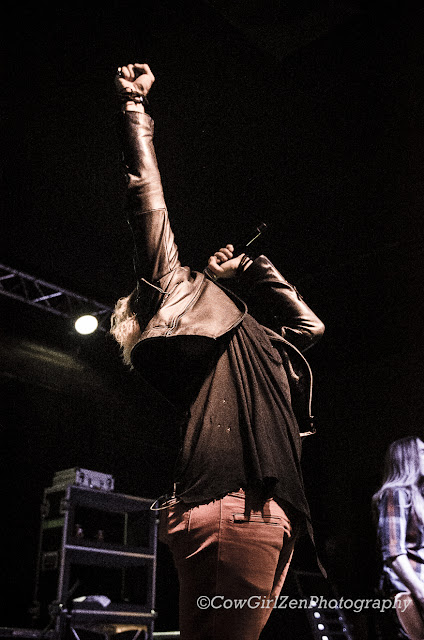 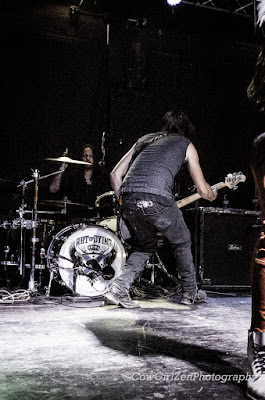 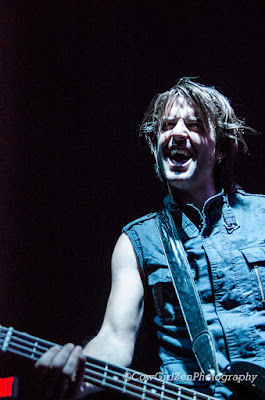 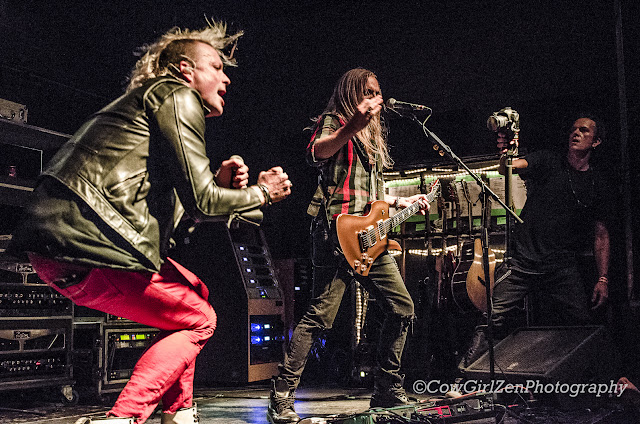 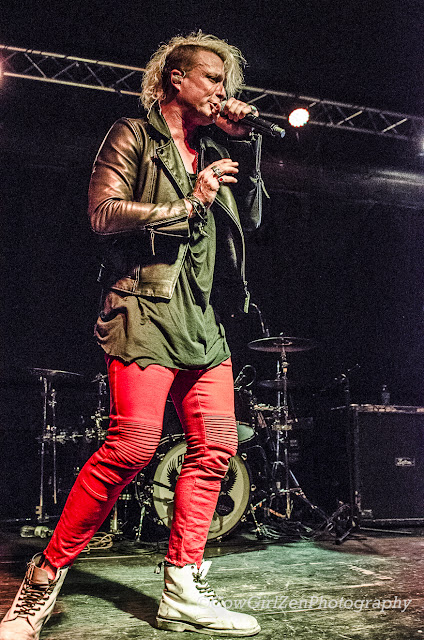 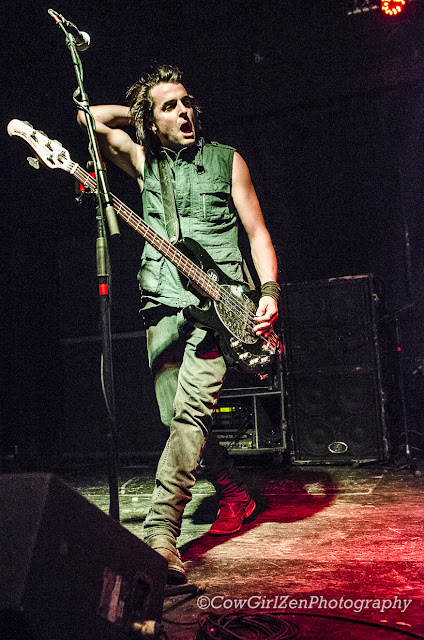 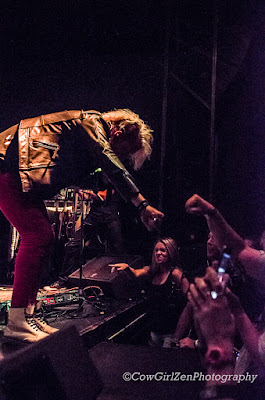 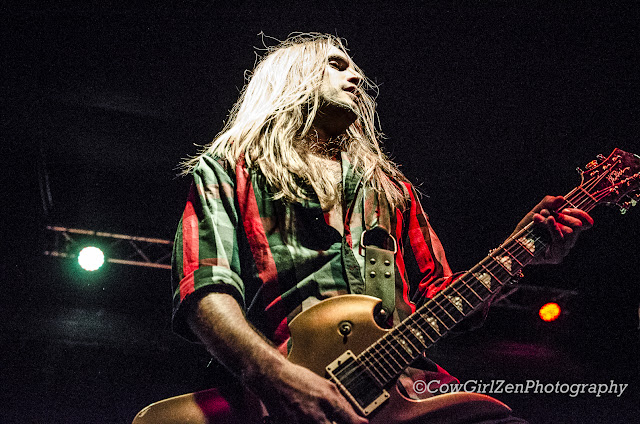 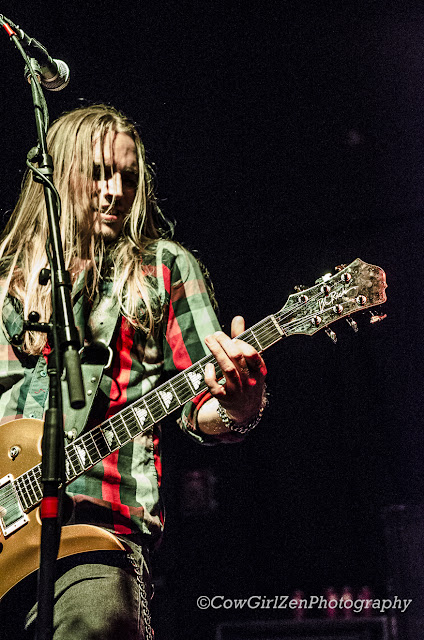 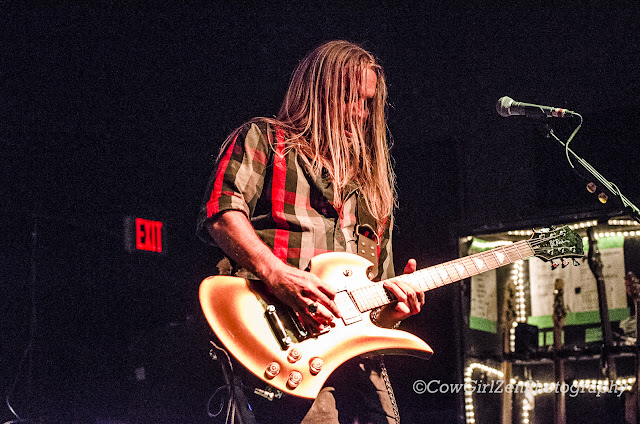 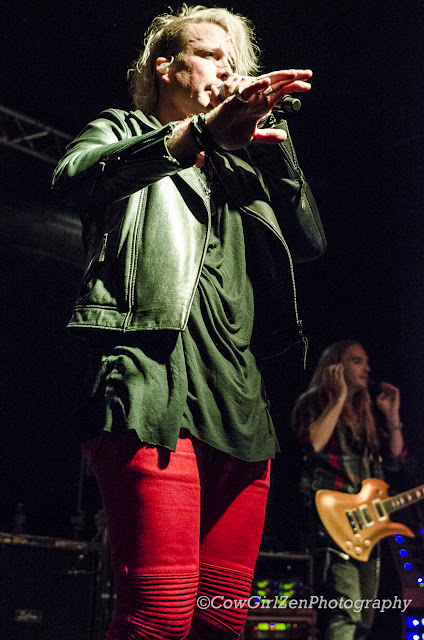 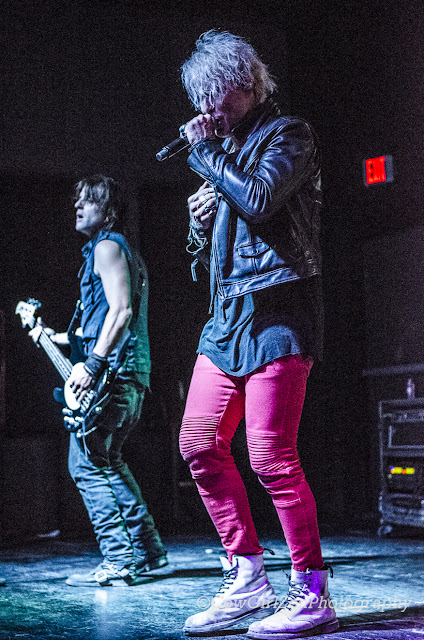 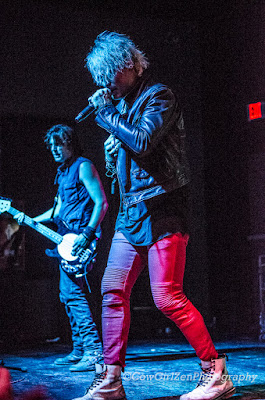 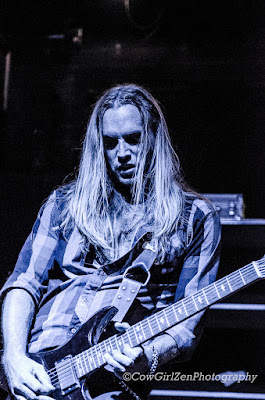 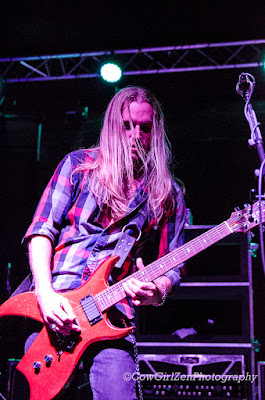