September 12, 2016
Certainly creativity breeds "Better Things..." and without question they have.
With Song River 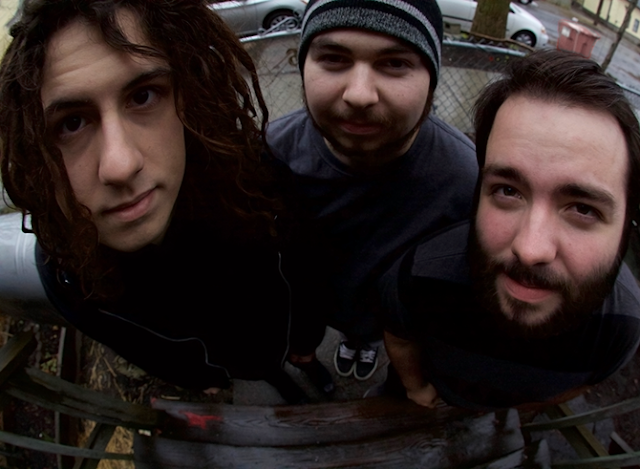 Song River: Life certainly can have 'better things' in her... how do you see this name fitting your punk 90's sound out of Vermont?


Song River: There has to be some humor mixed into your lives somewhere in the irony of the group being called, Better Things and the new album released being called, Getting Worse. Just what are you trying to say? ;)

​Better Things: ​
To some extent it started as a joke, which is how about 90% of the stuff we do starts off honestly. We always strive to do better things, but a lot of the time we personally suffer setbacks and that’s the main theme of the album. The setbacks we’ve dealt with, how those shaped us, and how we work through it as musicians. There’s a lot of irony in both names, and that’s something we just like to roll with!


Song River: The first single you can tune into on bandcamp, "25 Miles Per Hour Blues, begins rather ominously dark with heavy guitar, then into the punk drive of drums... lyrically divulge your take on the message.

​Better Things: ​
It’s about feeling like you’re stuck where you are, and you’re working hard to get a place where you feel happy. But at the same time, being afraid that you’ll never get there is what the song really tackles.


Song River:  Where is music now?  We had this emo era, then skater punk, then posthardcore, now we seem to be doing some punk kick back... are we confused as music listeners or maybe just growing up in our diversity?

​Better Things: ​
We feel like music has hit a wall, but in the same way it’s leading to a lot of diversity. People are taking pieces and parts from things we’ve heard before. It takes a lot to impress people these days, and the music scene as a whole is pretty saturated. We think it’s growing up, but you have to look in the right places to find it.


Song River: Your bio claims a late 90's pop-punk fused with early 2000's emo... hmmmm maybe we are entering a new realm in music where bands can have the openness to mix a variety of sounds, does it seem to be working?

​Better Things: ​
Definitely think that’s more of a question for the listener, but for us it’s something that just naturally comes as musicians and from the things we take inspiration from. Hopefully it feels natural to more people out there than just us!


Song River: Who have been some of your influences along the way?

Song River: Immediately a touch of Dashboard, Jimmy Eat World, the Flys even!  You really have gleaned and seem comfortable all over.

​Better Things: ​
Half of the band has admitted to never listening to Jimmy Eat World or Dashboard Confessionals which is incredibly interesting given how often we get compared to them.


Song River: Your album even before its release date of August 19th was hitting some great playlists. Were you surprised?

​Better Things: ​
It was definitely a really pleasant surprise, but we have to give a big shout out to BlankTV and High Road Publicity who in the last few months have stepped up and said “Hey, we believe in you and we’ve got your back” which is another incredible thing in itself.


Song River: The song that you're probably going to be known by for a long time has to be "Stick That in Your Juicebox and Sip It" first of all where did that long title that all 90's kids can identify with come from?

​Better Things: ​
Haha, well the feeling of the song is just “we’re doing better now” and so “

​H​
ey, you can just stick that in your juicebox and sip it, kid!”. We were really just feeling defiant at the time.


Song River: Again bringing back things the 90's generation loved you decided to use lego's attached to number two pencils to create joy... seriously an ear to ear grin swept over me the very first time I saw this video for, "Stick That in Your Juicebox and Sip It."  Who came up with this very simple yet effective idea?

​Better Things: ​
Brian came up with the idea to do a LEGO themed video. We just spent some time figuring out what would work to make it happen and what you see is the product of a rainy day spent in our tiny apartment hallway with a tiny green screen. Quintin was gone for a few months during that period, so this was our way of including him in that songs video.


Song River:  Did you use duct tape or scotch tape (no we aren't plugging anything here...hahaha) to hold the lego dudes to the pencils?

​Better Things: ​
Brad was the real engineer there. We worked with what we had, and through a lengthy process of research and development, we found that duct tape (with printed Rubber Duckies on it) worked best.

Song River: And were any legos hurt, damaged or lost during the filming of this video?

​Better Things: ​
A lot of the characters are still around our house at this point, but some props were prone to pretty much explosively falling apart. Brad rebuilt the drumset about 7 times and there was a lot of profanity flying around that day!


Song River: Reading somewhere too that a cell phone was used to film this video.  Really Better Things is bringing back some better things... great memories of keeping music and life simple.  Will this continue to be the premise of the album, videos and tour to come?

​Better Things: ​
We’re definitely striving for more than that, but we’re definitely not going to lose touch with our fun attitude. We never want to lose sight of the fact that we do this simply because we love doing it. Plain and simple.