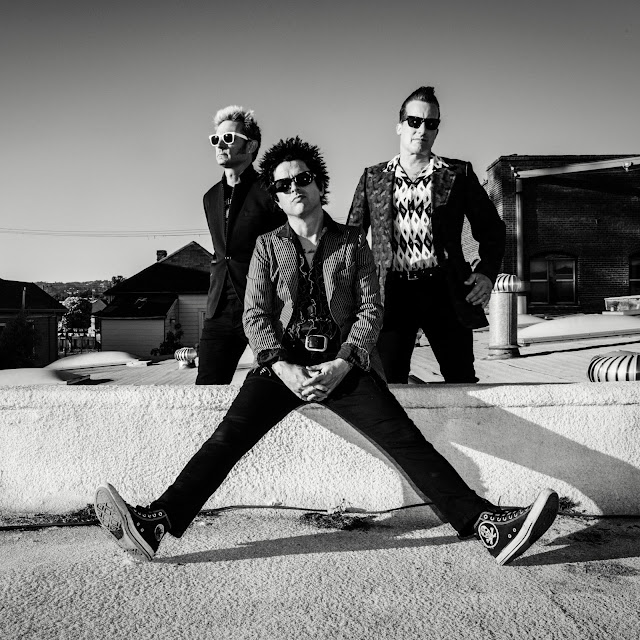 For over 26 years, Green Day is a sound that has become a part of every teenager’s beating heart. Whether it was through that beloved teenage emo angst, or growing up punk, there is something about the iconic trio that makes one want to host a house party while the parents are out of town or just shake their head in annoyance as “Those darn kids,” is muttered under breath.
With a title such as Revolution Radio (the California-based band’s newest production released on October 7th 2016), it would be expected that a revolution would be put into action. Upon first listen, there doesn’t seem to be the same spark as one would experience with previous Green Day albums. There is a search in Revolution Radio; a search to find that revolution.
The opening track, “Somewhere Now,” is quite the ear catcher. Green Day is absolutely known to conduct the acoustic guitar supremely (just reference over to Dookie’s 1994 “Good Riddance (Time of Your Life)”). But between the opening line of “I’m running late to somewhere now/I don’t want to be” and the dramatic rising action from calm acoustic to the measurable climax of  foot-bouncing guitar, bass and drums, “Somewhere Now” carries a sense of storytelling; reflective upon society in classic Green Day punk style with following lyrics of “I put the ‘riot’ in patriot.” The short line does make one consider, where are we making our marks?
“Bang Bang” follows as the second track and first single released for the band’s 12th studio album. This track is fast and immediately draws in any listener to head-bang along. And in elegant Green Day manner, the lyrics are full of politics. With opening news caster over voices and the chorus line “Bang bang! Give me fame,” it is thought-provoking to the listener’s mind that the world has become filled with “celebrities martyrs” and those who desire the media attention of simply being “Daddy’s little psycho and Mommy’s little soldier.”
“Outlaws” shadows a nostalgic atmosphere as Billie Joe Armstrong reflects “When we were forever young/When we were outlaws....Breaking in cars/Running in the light of the moon...I plead my innocence/But that’s my best defense/When you are young.” With such lyrics and the whine of his guitar, Armstrong has created a nostalgia to be shared with any old-school Green Day listener as one could sit back and smile upon their own days of breaking in cars and running in the light of the moon while Kerplunk (1992) or Insomniac (1995) played on the stereo.
Yet, “Still Breathing” would have to be crowned the most notable track of Revolution Radio. Musically, its melody flows beautifully in a perfect - no pun intended - even breathing tone. Everyone in the dynamic trio can be heard in this track; with Mike Dirnt’s overwhelming in time bass, Tre Cool’s compelling and steady backbone beat to keep the song’s own breathing in rhythm and time, and finally, Armstrong’s lyrics are without a doubt, the most convincing and moving in this articulate number.
Ultimately, Green Day is still, well, Green Day. From their unbelievable successes of American Idiot (2004) and 21st Century Breakdown (2009), it is clear that this West bay-based band is here “Forever Now”*1. Despite Revolution Radio being a predictable Green Day adventure, it is a reassurance that these three men are still speaking for all teenage angst, new and old, in the chaos of these “Troubled Times”*2 in this “Ordinary World”*3. 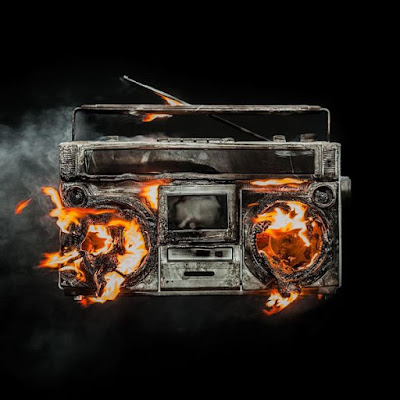