Canadian Country Artist- Dan Davidson has found a home for his #1 selling Canadian Country Music single "Found." A great video chosen to create his first single, “Found” was completed on a 500 dollar budget!

Working with producer Jeff Dalziel brought together all the elements for the EP- Found. As Dan and Jeff worked together on this EP the translation comes through, this is about good time music and it certainly lends itself to feeling good about what music can do for one's soul. 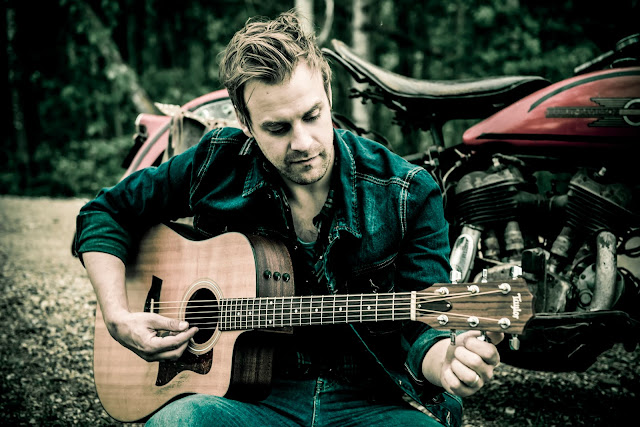 Song River: Dan would you say you are a bit country and a bit rock n roll?

Dan Davidson: At times I would say that! I think for the most part my music is pretty Country. It has the elements and feels that really define the genre, BUT I do think there is a little of that rock and roll in my soul! I love high energy music with a little edge, I’m hoping that comes across in the country music I make!

Song River: You really aren't a novice to the making music, touring gig are you?  Tell me a bit about your background.

Dan Davidson: No I’m far from a novice in the music industry. I’ve been creating, releasing, and touring music for almost 13 years now. I started in a rock band called Tupelo Honey from Edmonton, Canada. We had top 10 iTunes albums, top 40 charting songs, top 5 videos on TV, and toured with bands like Bon Jovi. I've played on hundreds of stages from bars to universities, to stadiums all over North America. The cool thing is, I've always been independent. I’m very proud of the fact that I’ve been able to compete against a lot of up and coming major label acts for so many years.

Song River: When you decided to go solo and to take on another part of your musical passion how did those who knew you react?

Dan Davidson: Everyone was very supportive! A lot of my band mates still play with me in the country scene (we've all done gigs as side guys for Country acts as well as Pop). My producer, publisher, and promotions guy were all VERY excited to see me make the change to a more happening genre. Country music has such a great wide demographic, and it’s really more about loving music than trying to be cool.

Song River: In some ways, you have gone back to the basics Dan.  Your style of Country is more of the old school style wouldn't you say?

Dan Davidson: Yea I think I've always wanted it to be about the song. I think the music is simple but it’s also very calculated. We spent a lot of time thinking about where we wanted to take the production before hitting record. My producer Jeff Dalziel and I really wanted to focus on capturing that magic energy of some of those great live recordings by John Denver. I think its old school but with a foot in the modern world. Conceptually the songs aren't too complex - my goal is to connect with people on some of the topics we all experience.

Song River: Who were some of the country artists you grew up listening too?

Dan Davidson: A lot of Willie Nelson, Lyle Lovett, Blue Rodeo, and Johnny Cash. That’s really all I heard in the car with my dad or my grandpa growing up. (Blue Rodeo is a Canadian rock country band). I also had a lot of influences outside of country growing up that have heavily influenced me. I loved the harmonies of bands like The Eagles and Queen, and that foot stomping southern style of bands like CCR.

Song River: Going back to the basics again. Dan, you have shown it doesn't take a million-dollar budget to make something worth listening and watching.  How did the idea come together for your video "Found?"

Dan Davidson: I’m so lucky to have such a great team of people around me - one member of the team is my branding/video guy Travis Nesbitt. Travis has been a ground level supporter since day 1. Since we are close friends he said he would help me do a video for next to nothing. I went to his apartment, we sat and talked about how far our shoestring budget could go realistically. We couldn't come up with a concept…. all we wrote down was "mascot costumes". We laughed about how stupid it would be to have a band of farm animals in a country video…. just crazy enough to work I guess! We quickly wrote down a shot list, jumped in my truck and drove around Edmonton shooting a story line we basically made up as we went! I want a big part of my story to be that I’m not afraid to do things differently that "what is typically done" in Country. The last thing I wanted was a video with a dirt road, some girl in daisy dukes, a tailgate, and a campfire. Everyone does that!

Song River: In a few words Dan can you sum up what making music means to you.

Dan Davidson: Basically it equates to happiness for me. It’s a way to connect with people, have fun, and leave a legacy. It’s not always easy doing this for a living, but my family and I find a way to make it work and love every minute of it!

Song River: Climbing the Canadian Country Charts along with hitting the North American lists... good times are being had.  What is next as you look out through 'moose' humor to what and where you want to go?

Dan Davidson: Well the release of 2 more singles over the next 6-8 months is up next for me! After that, I’ll be on tour throughout the summer. I’m also about to go halfway around the world to shoot my next video…. you thought the moose video was crazy… just you wait! I’m really hoping to get down to Nashville to showcase more this year, I’d love to start building more of a name in the American scene. I’m also shooting to have a top 10 in Canadian country this year.

Song River: One last question.  Were any costumes injured during the filming of "Found?"

Dan Davidson: Yes. ALL costumes were injured! haha, The rental company was less than pleased with the state that they were returned in. I think the shark got the worst of it - although my moose costume was basically dripping wet by the end of the day. Ewwwwww.