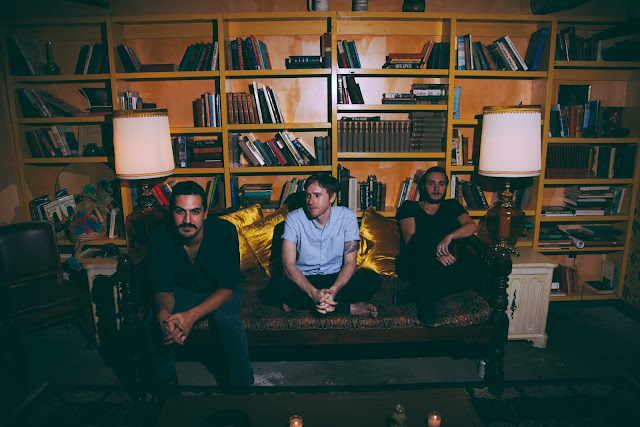 Something supercharged, unique, and blended comes from the desert Southwest. Maybe it is what Arizona brings to the music scene- this super portmanteau of coolness. With an expanded band on stage, Lydia, takes to the tour scene in a supreme artistic manner that their fans will be hooked on and consume.

On this fall tour, Lydia, will be playing not only from their latest album release from last year, “Run Wild” but from all of their releases. Certainly to be a mood changer and a tour not to be missed!


Jane Porter: Organic. A current buzzword. Yet, it seems to mean something beyond its things as they are. Would you say in the realm of the arts it signifies creative freedom?

Leighton Antelman: I'm not sure I would say that ha.

Jane Porter: Are people ever surprised when they hear “ambient/indie” band coming forth from the desert Southwest?

Leighton Antelman: I don't think so, I feel like at this point in the world you really can't be surprised by what style music someone plays or is into.

Jane Porter: What has living in the Southwest given you possibly that you wouldn't have been if lets say you were creating on either coast?

Leighton Antelman: We all travel quite a bit, and I totally think there is possibility in basically any place. I guess for us Arizona has always had a really friendly coulter with bands that come out of here. Nobody trying to tear anyone down to get ahead.

Jane Porter: Are you Leighton a prolific writer? Each lyricist writes in many ways. Do you have a set pattern of daily creativity? What all might be involved?

Leighton Antelman: I think writers usually have a time of day they like to work. Maybe going against the fear and loathing model a bit, but for me I like writing in the mornings. Without a doubt theirs a mix of the 3am sessions as well but, I don't know, I try to just pick up whatever instrument is nearby or plugged in already. Then see if what comes out.

Jane Porter: Would you say overall as a group, that when you create your brand of music it is kind of like the testing of cooked pasta... throw it against the wall and if it sticks it is ready to serve the family?

Leighton Antelman: ha I've never heard the pasta reference but yeah I think you could say that. I personally try to write as many random ideas as I can, then throw them against my friends and see what sticks. So my friends are the wall in my life apparently. If the ideas are the pasta I'm not sure what that leaves me. Maybe I'm the water.

Jane Porter: In the process of creating from writing to production/recording/artwork etc... are there any moments along the way of construction where you find yourself mostly on edge or ease?

Leighton Antelman: I find myself most on edge when anything is completely out of my control. Which makes me sound a little psycho I'd say. With that comes negative aspects though. If you leave cover artwork, tracks, names of albums and songs, or pretty much anything else around me I'm going to fuck with it until someone takes it from me. Which is 100% not something I'm proud about or productive at all ha.

Jane Porter: On your last album, “Run Wild” you chose to use two producers correct? So many musicians and bands are afraid to even allow one let alone two.

Leighton Antelman:Yeah we live on the edge!

Jane Porter: What do you look for in a producer?

Leighton Antelman: I think everyone should be experimenting, with multiple aspects of their life. This was our experiment in using different and various producers on one project. I would say the number one thing I want in a producer is instinct. When to go all in and when to use a single piano key.

Jane Porter: You are a rather large group of musicians, not overtly so, but when you are all together what is the vibe that bounces around the room or stage?

Leighton Antelman: We've been trying to pack on the LB's for a while now, glad someone is finally taking note. We're all really good friends actually. That’s not a very good story I know. To be fair we all definitely like to do our own thing and work on our own passions away from the band. I've really haven't ever been bummed out though to see these guys pop up when were getting ready for a tour, or writing.

Jane Porter: I was reading something about cellos and airline tickets. When touring, do you take a van with all your instruments or do you fly more often than not?

Leighton Antelman: We drive depending on the country, sometime that's not an option. This tour we're flying in a few extra humans to join us on stage that normally don’t. So that's were you were probably seeing the talk of Cellos on planes and what not.

Jane Porter: When performing how important is the construction and creativity of the lighting with the performance?

Leighton Antelman: I think at this point it's nearly as important as the performance. I'm a huge fan of lighting creativity and all it can bring to a show. It's just another thing for me to tinker with too..

Jane Porter: Do you choose particular venues to perform in due to the size and production?

Leighton Antelman: We have a booking agent that picks out venues and clubs and ask what we think of them.

Jane Porter: This fall tour takes you through the beginning of December. What is on the agenda for 2017?

Leighton Antelman: So directly after this string of shows across the states we'll be heading into the studio to create and track our brand new record. We have some awesome people we'll be partnering up with in 2017 when we start to unroll it all.

Listen and Watch Lydia on Vevo

"When It Gets Dark Out"

"The Sounds in Your Dreams"