Reckless Serenade certainly have been delivering their order of business as their brand and style of pop punk entices their audience to join in. The best description of Reckless Serenade though comes from the band themselves, “An aggressive barrage of pop punk indie rock sounds mixed together with the pure of heart and your favorite food.” The crowds on Warped seemed to certainly more than agree as this band of four mates- Cory Brent- Vocals, Mark Neidhardt- Guitar, Matt Ruggiero- Drums, and Rob Crews- Guitar hail from Mahopac, New York have been spinning the sounds their fans are eating up.
With their last album released back in June of this year, Strange Soul and their completion of Warped they are already right back into writing new music and ready to bring you more Reckless Serenade. 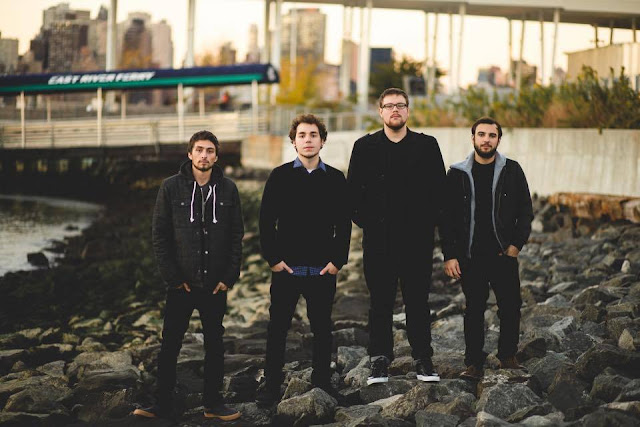 OM: How was the audience for Reckless Serenade over this past Warped Tour?

MN: It was pretty awesome. Everyone was singing along, which is always, always amazing to see and hear. I think just being a part of the Warped Tour lineup for 2016 really brought in some new fans.


OM: What were some of the inspirations you took from playing on Warped Tour 2016?

CB: Honestly, there were so many things we learned and took in. We learned something new everyday and I think that had really helped our live set and will continue to at future shows.
One goal we always keep in mind as a band is that we want to write songs that are appealing not only studio wise, but also to the live crowds. I think Warped Tour was extremely beneficial in allowing us to see what does well in response. And that wasn’t only from playing our own sets, but also watching other musicians perform too.

MN: That’s what our goal is!

CB: We’re going for it all, y’know, running that minute-mile.


OM: Would that mean a future tour pretty soon then?

MN: You bet! Keep an eye on our social media and band website.

OM: Corey, you have a couple tattoos peeking out on your arms. Do you like to think about what you’re getting or are you spontaneous when getting a tattoo?

CB: No way, I definitely have to think about it.


OM: Do you have some hidden Mark?

MN: [chuckles] No, I do not.
On a side note, if everybody in the band was like, “Hey, let’s all get a tattoo” one day then it probably would happen.

CB: I think that would be the only time I would be okay with getting a spontaneous one.


"Take Me Back To The Summer"