Concert Review & Live Concert Photography: Attila Set Off To Take Over On THE CHAOS TOUR

November 15, 2016
THE CHAOS TOUR- SET OFF TO TAKE OVER!
Coverage/Photos/Video For BANGS! Magazine & Entertainment
By Adam Messler of Soundwave Brigade


November 7th, Attila set off to take over LiveWireAZ in #Scottsdale #Arizona. As I am heading off to attend the show I am skeptical on how the night will turn out. With it being a Monday night and on Election night at that, I didn’t have high hopes for a big crowd. Upon arriving and grabbing my ticket I realized this wasn’t going to be the case. With the music blaring from one of the opening bands and the crowd screaming loudly I knew it was going to be a good night.

Entering the venue and seeing a wall of people, I was like holy sh*t it’s going to be a crazy night for sure in here. I was able to catch the last couple songs of Chelsea Grin before they finished up for the night. I have to say they got the crowd pumping. Once they finished up we had a little break. The fans took a breather tried to cool off grabbed some drinks before Attila took the stage.

Attila took the stage to finish up the night, and all I heard was fans chanting “Suck my Fu*k” and eagerly waiting for the guys to appear from the shadows. From the start, Attila had the crowd rowdy and jumping an incredible bass sound residing through the venue. The mosh pit was forming and the fans were getting reckless. You could tell there were some hardcore fans down the front that were rocking out harder than everyone else. With the amount of chaos that was going on it brought back memories of the old school Slayer days. As a music photographer, I’ve grown accustomed to maneuvering around in a photo-pit. Within seconds of Attila attacking the stage, I learned that wasn’t the case with these guys. Once lead singer Chris Fronzak told the fans to crowd surf to the front and give him a high five, the fans came gliding across the heads of the crowd like fish in water. If you’ve listened to even a few of their lyrics, you understand why. The members of Attila dominated the stage with their presence and charisma. They performed some of their most popular songs such as “Shots 4 Da Boyz,” “Party With The Devil,” & “Middle Fingers Up."

Now when the words circle pit were screamed the crowd instantly parted and it was incredible. The music fitting perfect in time with moshing and jumping. The sound was so heavy and incredible you could feel the ground shake. The devil horns were in the air and I could tell this show was going to be a good one.

In the middle of the set, the band picked two members from the crowd to bring on stage for a showdown. Two guys were brought up and performed their best growls and screams. The winner stayed on stage to perform with the band. The members of Attila welcomed their fan as if he were one of them. In fact, the guy performed so well, if you were just walking in and didn’t know any better, one could easily mistake the fan for being a part of the band.

Even if you’re not a fan of the band, you can’t help but have a great amount of respect for the members. It’s clear to see that these guys pour every ounce of their energy into the fans. The only time the crowd wasn’t stomping or tearing down the house was when the music stopped and Chris spoke. Chris Fronzak has a way of capturing the fans, making it seem as if he is sitting down and having a casual conversation with each and every person in the building. Although they are a unique and rambunctious breed, Attila fans are some of the most devoted, as well as the Attila crew themselves.

For a chance to experience one of the most aggressive shows of your
life, be sure to check out the dates for The Chaos Tour 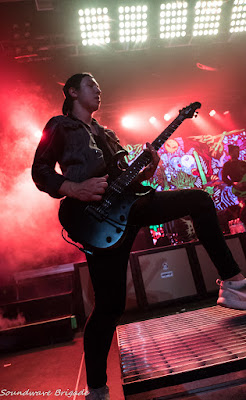 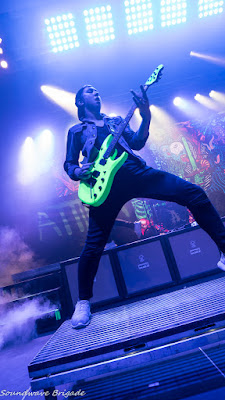 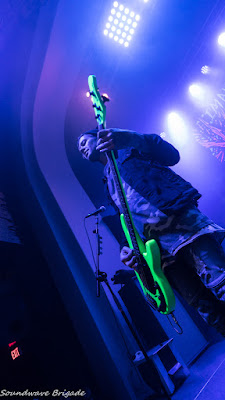 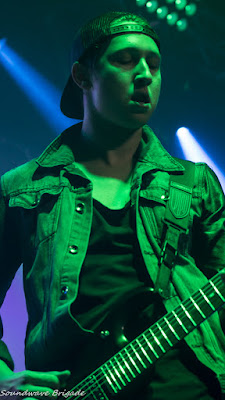 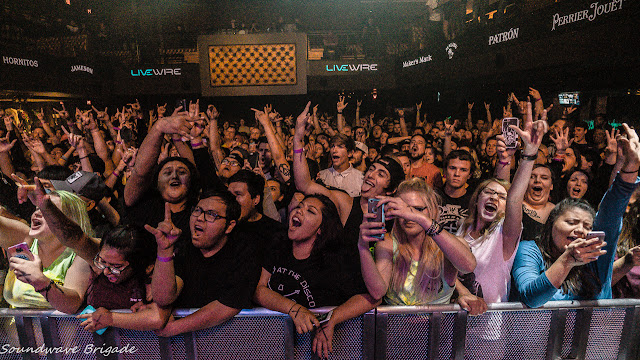 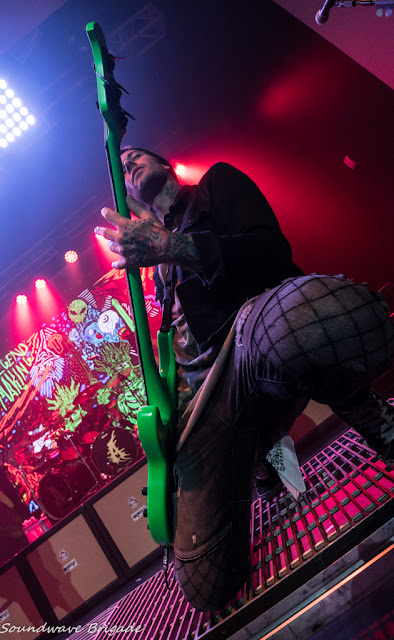 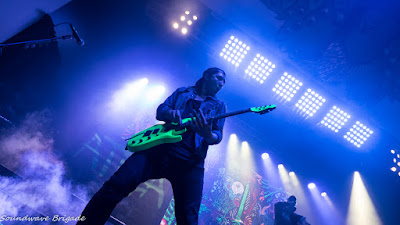 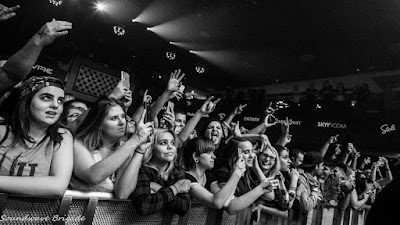 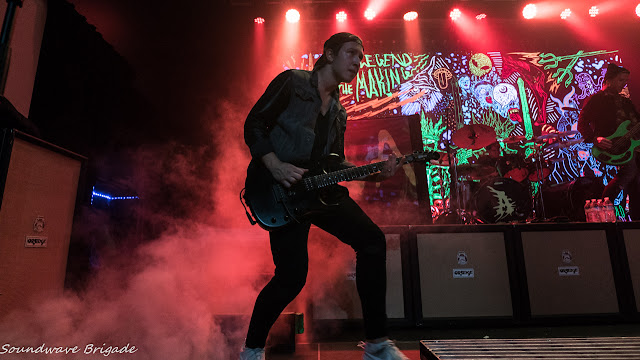 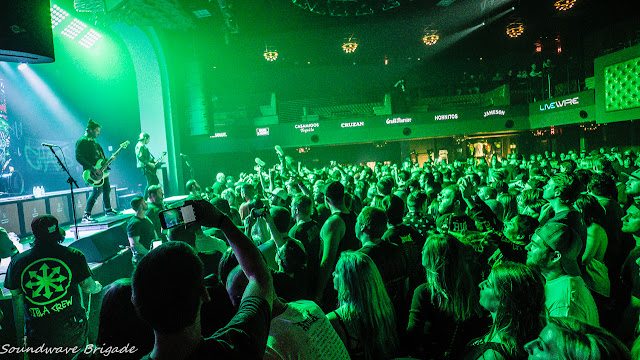 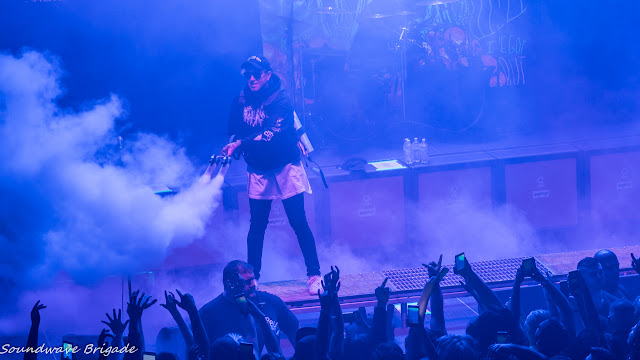 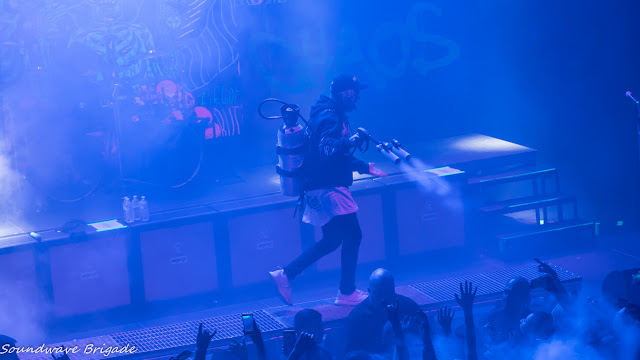 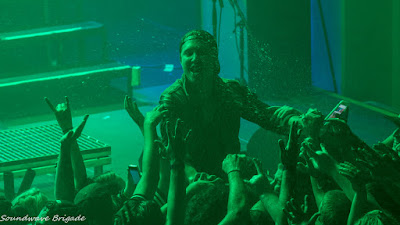 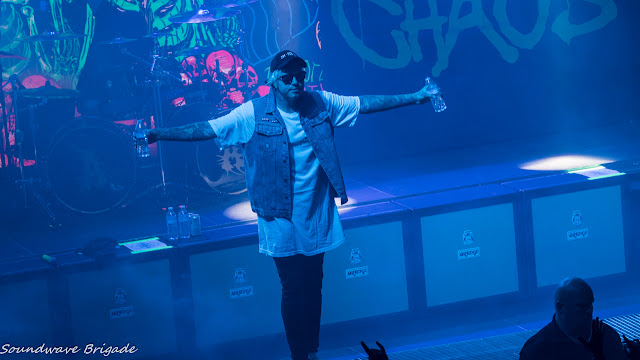 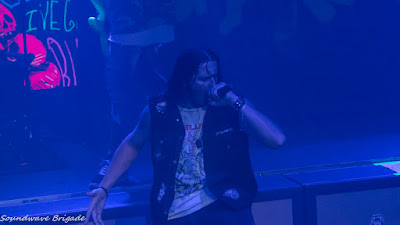 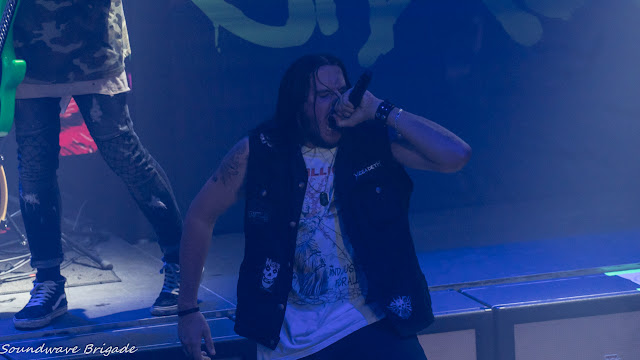 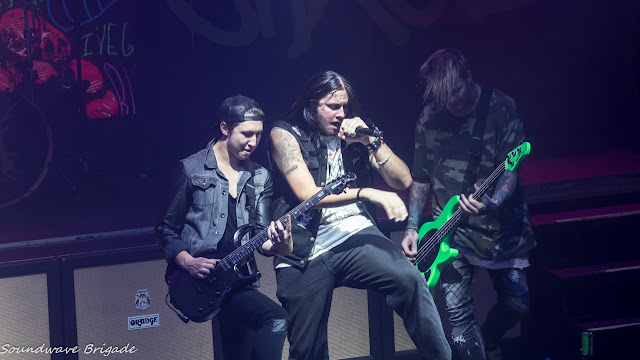 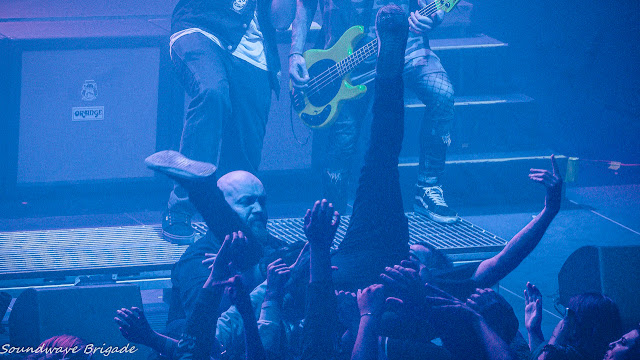