November 07, 2016
Matisyahu
Premieres New Single "Shade From The Sun"
With Baeble Music, Here: https://goo.gl/6EnRrs
*Release The Bound EP Set To Release On November 18th*
*Set To Kick Off 'Festival of Light Tour' On 12/14* 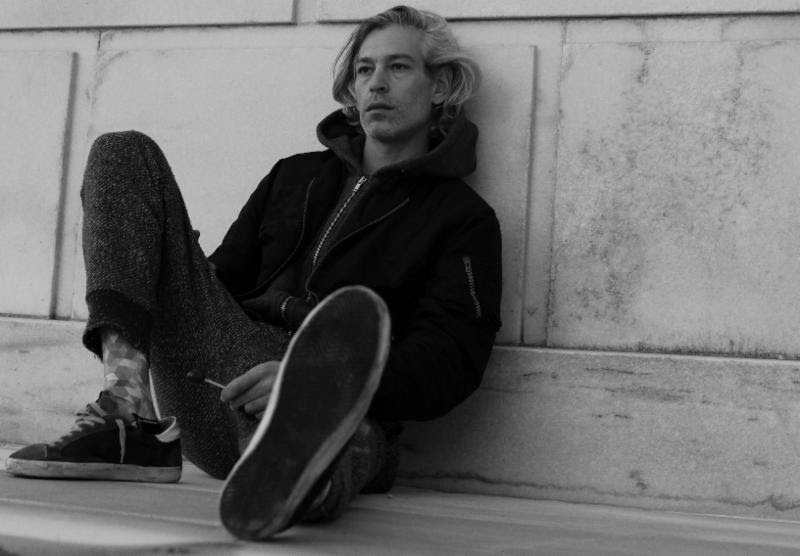 "Music for Matisyahu is not an escape from reality, but rather a true emotional expression of his life.
It is a way to accept reality as it truly is."
- HipHopDX
Brooklyn, NY - November 7, 2016 - Grammy-nominated Reggae artist Matisyahu has teamed up with Baeble Music to exclusively premiere his new single "Shade From The Sun" today! "Shade From The Sun" is the first single to release off of his new EP, Release The Bound, which is set to drop on November 18th via Thirty Tigers. This highly anticipated EP features collaborations with electronic artist The Polish Ambassador, and Columbian pop duo Salt Cathedral. Fans can experience the new EP live when Matisyahu kicks off his 'Festival of Light Tour' on December 14th, visiting 10 cities along the way! Listen to "Shade From The Sun" via Baeble Music, here: https://goo.gl/6EnRrs
Release The Bound comes on the heels of Matisyahu's last album Akeda (June, 2014), playing into the same theme of Abraham's final test of commitment by sacrificing his greatest love to God. When he gets to the top of the Mountain and binds his Son to the alter an angel appears and tells Abraham to unbind him, that he has passed the test and proven himself. On the inspiration of the Akeda, Matisyahu explains, "Outside of my own self therapy I create music for The Bound, people who are stuck or struggling on their journeys. This EP is a narrative of Abraham facing this climatic moment when his whole life is in question and finally the RELEASE as he passes his ultimate test. I hope it brings inspiration to those facing similar questions."
When Matisyahu first started touring to packed clubs more than eleven years ago, it was prior to the release of Live at Stubbs, the now Gold record, and prior to that record's single "King Without A Crown" reaching #1 on the alternative rock radio charts.  His performances were a raw expression of his spirituality at that time and were supported by musicians who played a foundation of roots reggae augmented by the energy of a rock trio. Fans latched on quickly for a variety of reasons, but in August of 2005, just months after the release of Live at Stubbs, Matisyahu found himself on stage at the Bonnaroo Music and Arts Festival with the de facto leader of improvisational rock-n-roll; Phish's front man Trey Anastasio.
"King without a Crown" climbed the charts and Matisyahu's follow up record Youth was nominated for a Grammy, but the blessings and curses of mainstream success each took root. While Matisyahu's bands have always been comprised of serious multidimensional players who have artfully molded the foundations of roots reggae into many genres, that early; if only a brief display of complete surrender to the music, seemed in some way to take a back seat. Through his lyrics however, Matisyahu developed a more personal, artistic, and sophisticated way to express the yearning for deep spiritual meaning, and as his own beliefs opened up to find more variety and depth, the desire for his performances to match the unpredictable flow of life developed as well.
Now, more than a decade and 9 records later, Matisyahu has formed a band that truly gives itself over to the music on par with his lyrical desire to connect to something beyond the self. The band features original Stubbs guitarist and longtime staple of the downtown New York improv scene Aaron Dugan, Dub Trio bassist and long-time Matisyahu collaborator Stu Brooks, Joe Tomino drummer of the dub trio and drummer for Matisyahu since 2009, percussionist and Cyro Baptista go-to-drummer Tim Keiper, and Virtuoso keyboardist Big Yuki.
Release The Bound is set to release on November 18, 2016 via Thirty Tigers. For more information, please visit: http://matisyahuworld.com.
###
Follow Matisyahu:
Facebook: https://www.facebook.com/matisyahu/
Twitter: https://twitter.com/matisyahu
Instagram: https://www.instagram.com/matisyahu/
YouTube: https://www.youtube.com/user/matisyahuTV
Festival of Light Tour:
Dec 14 - Ecatepec de Morelos, Mexico @ Closer To The Sun
Dec 17 - St. Petersburg, FL @ Jannus Live
Dec 18 - Lake Buena Vista, FL @ House Of Blues
Dec 21 - Miami, FL @ The Fillmore
Dec 22 - New York, NY @ City Winery
Dec 23 - New York, NY @ City Winery
Dec 24 - New York, NY @ City Winery
Dec 27 - Philadelphia, PA @ Theater of Living Arts
Dec 28 - Woodstock, NY @ Bearsville Theater
Dec 29 - Burlington, VT @ Higher Ground
Dec 30 - Salisbury, MA @ Blue Ocean Music Hall
Dec 31 - Portland, ME @ State Theatre
Matisyahu Premieres New Single "Shade From The Sun"