Punk's Very Own: No Advisory

November 01, 2016
Only one week away from the digital release of
"Everyone is Stupid"!
Be sure to pick up your copy!!

Simi Valley's Punk Band of 'Shenanigans' is ready to release their sophomore album, "Everyone Is Stupid." Having recently joined the digital download music label, Cannonball.Rocks and introduced their new guitarist, Tom Wood, they felt the time was perfect to release their album during America's election season. With equal tongue and cheek being poked at all sides what No Advisory brings to the music world is their own brand of honesty with a twist of humor.  Their music speaks to a higher level of intelligence, but also satisfies the need to just allow all hell to break loose.

This album showcases No Advisory's diversity in the land of punkdom. The song structures and lyrical content motion the listener to the attitude of the old school cheeky/naughty punk sounds of NOFX and at other times their sound cuts to the strength of The Damned, and lovers of Less Than Jake, won't be disappointed, as they will hear their ska styling. No Advisory is the epitome of punk/ska/skate punk drive giving the speed and dedication of honor to today's best punk beats.

In the year 2016 alone No Advisory has shared the stage with such notable punk acts as: Guttermouth, Agent Orange, CJ Ramone. Having won the Ventura County's Best Punk Band Music Award as well this year, there isn't much that is going to stop their momentum forward.

No Advisory is:  Drummer Hunter Haggy drives the force of No Advisory's foundation. Add the acceleration of guitar work by Jake Reinig and Tom Wood standing along with the deep bass rhythms of David Dross and you have one of the premiere punk bands of today. They are the complete punk package!

Tour to support their latest album, "Everyone Is Stupid" will begin in December 2016. 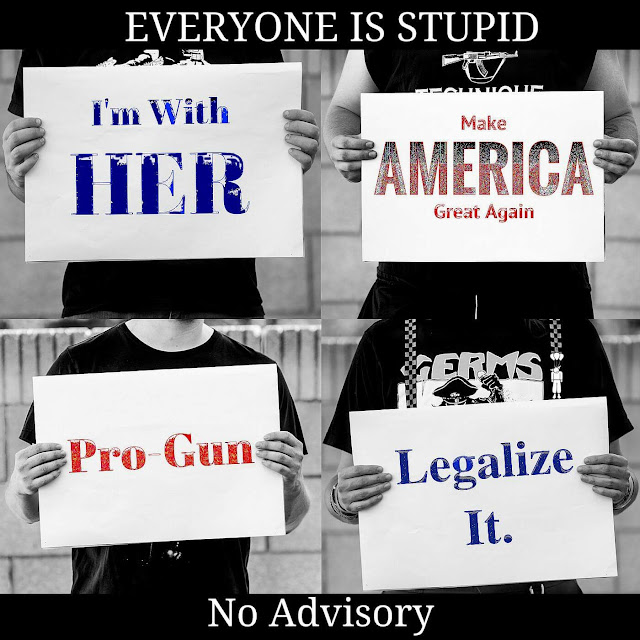 Look for No Advisory's "Everyone Is Stupid" on Cannonball. Rocks, iTunes, Spotify, Amazon, and Bandcamp soon.

If you want a physical copy be sure to come to their album release show on Nov. 11th!!! 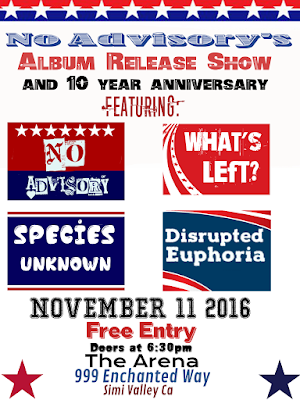 Press Contact, to request an interview or album review: cowgirlzenphoto@gmail.com