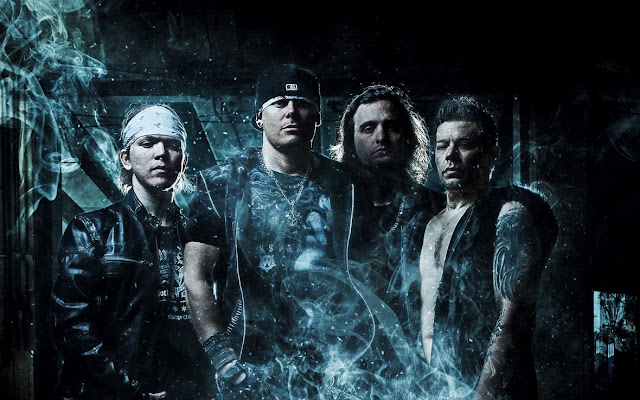 ​Having received the highly coveted nomination for "Rock Band of the Year" in 2016 for the Alabama Music Awards​, plus having been featured on Spotify​'s​ playlists "Metal Gym Hours" (160k) & Spotify's "Heavy Metal" (100k)​ these hard rockers state they are following the likes of their rock n roll heroes like, ​Godsmack, Avenged Sevenfold, Hinder, & Shinedown ​to name a few. Having been around since 2011 many hard rockers place them solidly on course to be in the mainstream of best hard rock sound.

Placing your headphones on and tuning into their ​self-titled EP, BrokenRail, these rocking southern boys showcase the importance of what happens when strong song-writing and execution of powerful guitars/bass/and drum come together. Carrying that same presence of strong rhythm like, Chevelle, BrokenRail, is solid and they have jointly presented a heavy presence of audible thunder rock. Only a three-track teaser is what they are offering and it is not enough to please, it seems to be a teaser which creates an antagonizing EP, one that you cannot get a firm grip on. Three just is not enough so the listener in turns feels a bit cheated. Now that in a way is a good thing... you want your audience to want more, but you also want them to get hooked.

"Save Me" is the opening track and it immediately sends you back to the feeling of earlier hard rocking feels of Nickleback. It contains a deep, strong melody and a chorus that feels memorable. Next up with a running rhythm and blistering drive comes "Walk Again." A tune that carries a Godsmack feel of head pounding and a melody that follows to place the listener in the outdoor arena and jamming to the feels of BrokenRail. Blake Clawson really carries a strength vocally that pulls you in. Delacruz has prominent voltage in his lead guitar and drives the rhythmic beat of Black's bass, and Hilton's drumming. Together they are a forceful tight running package.

Finishing out their self-titled EP with, "Memory" Hilton once again drives the track with his steady hard drumming, his style is not overt, it is the complement and brings up the rest of the platform. "Memory" is contagiously a contender for one of the best off this EP. It is the showcase stopper from every angle. Clawson's vocals are totally hard-edged and bleed the feeling forcefulness of what BrokenRail is.


BrokenRail needs a full-length album, and soon. Along with a tour with other hard rockers who match their driving force of rock. 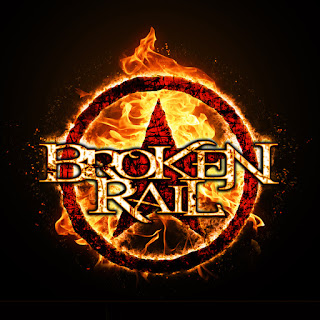