Interview with Nick Stoup and His New EP "Chump"

Toledo Ohio based project Equipment has premiered a video for brand new single "One or Both". 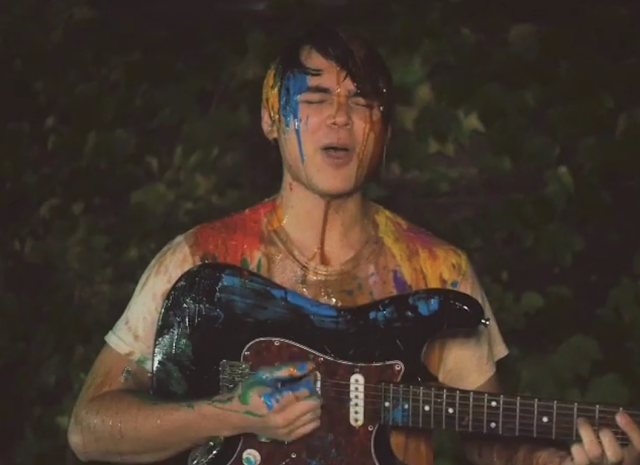 BANGS!: Maybe it is the deep attachment one still has to the sounds of the 90's but listening to Chump the music fit the time of Jimmy Eat World, REM, Weezer and so much more. Yet, there is Equipment's own refinement. Were those days of music something you felt your representation belonged in as well?

Nick Stoup: I was definitely influenced by the unashamed power chords matched with bummed-out lyrics that those bands flaunted. That being said, I wasn't really going out of my way to make 90's music, I think a lot of my post turn of the century influences are worn pretty proudly as well. I was a little self-conscious of making something everyone's heard before.

BANGS!: A two and half year writing session for an EP may seem like a stretch of time as so many things like emotions change. First, when going back through those earlier written songs was it difficult to relive what had happened?

Nick Stoup: Surprisingly, not really. I've always tried to view negative experiences as life lessons, evaluating what went wrong and figuring out how to learn from it.

BANGS!: Second do you feel like that was an exceptionally long period to write an EP?

Nick Stoup: Maybe, but with it being a debut I think rushing would have been a bad idea. The smallest error could have compromised the whole vibe; one cheesy line, one mediocre hook, unnecessary filler, these all could have sacrificed any sincerity or coherence the EP has. By no means am I saying the EP is perfect, but there's so much music coming out these days I wanted to make sure that whatever I put out was the absolute best I could do. Plus, being so young, it gave me a few more years to experience life in general, [laughed].

BANGS!: Growing up, college, life... is this album more of a journal for you Nick or an expose in general of the relationship passage?

Nick Stoup: Journal is a pretty accurate word for it, though the EP doesn't follow it to a 'T.' Some verses are like a stream of consciousness while other ideas are presented more coherently, like a story. And while a lot of the songs are about relationships, I think I try to write more about the personal development that comes from them or observations about relationships in general.

BANGS!: Your debut EP, Chump, was released on two labels? How did that work?

Nick Stoup: All Sounds approached me last summer a few months after my single "Commuter" came out, and eventually Counter Intuitive Records hopped on as well, interested in helping the release in any way they could. Ultimately, All Sounds provided the tapes and Counter Intuitive funded the CDs. It was super generous, especially for a first release, and I'm really grateful for all the connections I've made this year.

BANGS!: You work with different musicians in the studio and when live. Why?

Nick Stoup: When I write songs, I kind of think of how everything will sound from the beginning: what the bass will be doing, what's gonna happen on the drums, etc. So because I'm so stringent, I've always had hang-ups recording with other musicians. I trusted Steve Warstler with the drums, him being the producer and more involved in the whole process than anyone else. Also, he did a better job than I could have. 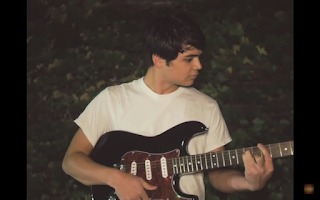 With live settings, I love collaborating with a ton of other local musicians, it creates nice deviations from the original recordings. Steve has a lot of his own stuff going on with both producing and his own band, Secret Space, so there would be too many complications if he was full-time for the project, Equipment.

BANGS!:Are you more about creating what is inside that resonates from you or about making that next power pop radio jam that gets the world by the next note?

Nick Stoup: I fully accept that I'm too young to have exceptional insight on most subjects, so I suppose my main goal when writing songs is to present what goes on in my head in the catchiest way possible. I think creating a good sonic atmosphere is essential too, I'm a big fan of music where the instrumental perfectly goes with the lyrics that are on top of it.

BANGS!: What is it about being 19 and bummed that creates some killer angst filled power pop with a side of punk music, Nick?

Nick Stoup: I think a lot of musicians can acquire more hang-ups about the music they make as they age. I think youth and naivety go hand-in-hand with simple power chords and matter-of-fact lyrics, and I'm not afraid to put that kind of music out while I'm still a kid.