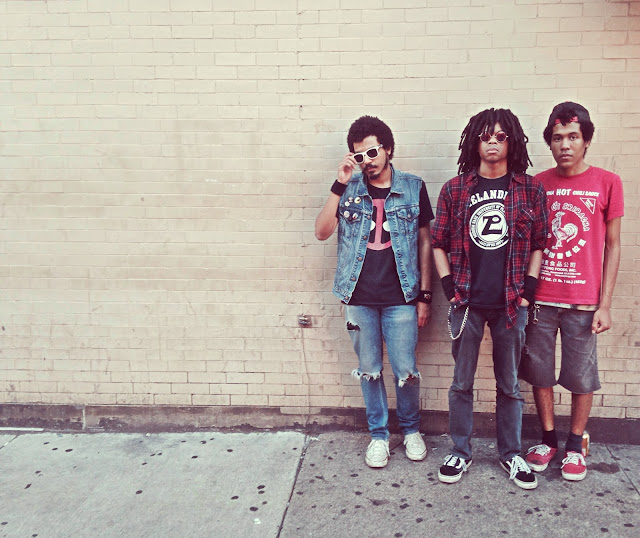 And we can't think of a better way to put this trio of music mania monster's who are breathing the rock n roll fire of garage punk rock again our way! The “Radke” brothers are like nothing else out there and as they taken their true surname and turned it to Radkey for their band name, it is time to put their rock onto your player and turn it up!


Song River: There is unquestionably a connection between Radkey and the Ramones. What is it Isaiah about their sound and that point of time that you as brother identified with?

Isaiah Radkey: We always loved how straightforward they were. They're pretty much the perfect band for teaching you how to write pretty cool simple songs. We grew up on their sound.

Song River: How did you get the gig opening for Fishbone back in 2011?

Isaiah Radkey: The crazy thing is the original opener dropped off the bill, so our dad hit up the promoter and got us on the show. The promoter never asked if we'd ever played a show or anything before. Just if we could fill 30 minutes, which we lied about. We wrote enough new songs to fill the slot and we played our first show ever.

Song River: Did it dawn you what that would come to mean? Fishbone isn't a small name.

Isaiah Radkey: We honestly thought that we were famous afterward. Turns out that's not actually what happened. Playing that show though meant so much to us. Our very first show having been with them automatically made us a band that you could take seriously and book on shows even though we were super young. Really since our first show was so big, it pretty much made us want to chase that feeling and feel it again. That show kept us going for our whole career basically. We were really lucky.

Song River: 2015 took you all over to Europe on tour. Did you notice anything in particular different between the way Europe reacted and accepted your music by comparison to the states?

Isaiah Radkey: Definitely. European crowds seem to really understand American rock music and just really love it a lot more. I always tell people that it feels like we're an actual band over there.

Song River: What was it do you think Ross Orton brought to the Radkey's that you couldn't bring yourselves?

Isaiah Radkey: He taught us so much. He showed us that we could take our music into a lot of different places. A lot more than we knew at the time. After working with him on songwriting it became easier.  We feel that we understand music so much more. Working with him really helped us become the band that we've always wanted to be.

Song River: If you would describe your album's, "Delicious Rock Noise" sound.

Isaiah Radkey: Super loud, heavy, catchy, rock music. The kind that we grew up on and always wanted to make. We wanna bring back the classic style of crazy guitar solos and big crazy choruses.

Song River: How much of it feels like it is still who you were, but more importantly who you are now?

Isaiah Radkey: The album is definitely everything that we are. We put everything into it. Listening to it is to live inside of our brains.

Song River: Your music has basically been your whole life. Where did the influence come from that jazzed all three of you to take the music road?

Isaiah Radkey: Dad brought home the movie School of Rock, and he had pretty much all of the music that was in it. Stuff like Ramones, Led Zeppelin, AC/DC. It's pretty weird, but it's an awesome movie that really inspired us to play music and got us into a lot of awesome stuff.

Song River:  Most probably don't realize how long you've actually been playing. Looking back yourselves what has been most challenging so far?

Isaiah Radkey: The road is really hard and long but we're really used to it, and we actually love it. Everything else has pretty been fun the whole time.

Song River: What is the back-story to "Dark Black Makeup?"

Isaiah Radkey: It's pretty much a song inspired by the X-Men villain Apocalypse. Imagine if there were a being that woke up and punished everyone for being lame and boring. It's a song about waking up and enjoying life before it's over. Don't go to a show and be lame and quiet. Party and enjoy it instead of trying so hard to look cool.

Song River: Is you dad still managing you?

Isaiah Radkey: He is!

Song River: Three brothers, playing punk-rock, all songwriters, living the rock n roll dream.  Do you all ever look at each other and go, "THIS IS FREAKING AWESOME!"?

Isaiah Radkey: We definitely do. We always think back to jamming in our hot green upstairs jam room. Writing stupid songs and playing to annoyed cats. We were homeschooled so we've seen nothing, really. Then some jams basically took us around to see the world and get some serious life experience.

Song River: How has music been a personal journey for all of you?

Isaiah Radkey: It's the first job we've ever had, and we've been doing it since we can remember doing any kind of actual thing. It's really wild, because we've met so many people, and a lot of things would be totally different if we never started this.

Song River: Writing, recording, dropping singles, videos, touring what else is in the scheme for Radkey and where do you want 2017 to go?

Isaiah Radkey: We pretty much want to keep writing and get to work on the next record. And to tour and play as many shows as we possibly can.

Isaiah Radkey: The Bottleneck in Lawrence, Kansas with Nirvana!!! 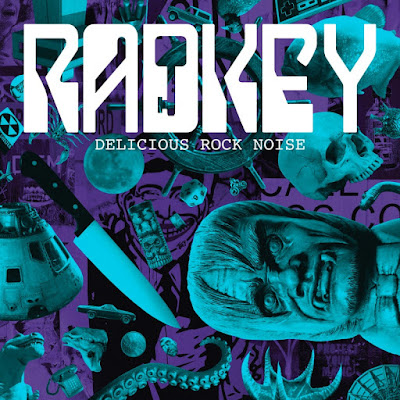