Devilskin are ripping up the metal scene of scorching rock as they have completed their drive to be your new favorite band! If you were to define succinctly what Devilskin is, it can best be laid in bets of hundred dollar bills to say they are them premiere metal phenomenon from New Zealand. Devilskin formed back in 2010, and wickedly released their-their debut album, We Rise, in a full  on bleeding metal regalia on the rest of the world 6th November 2016. 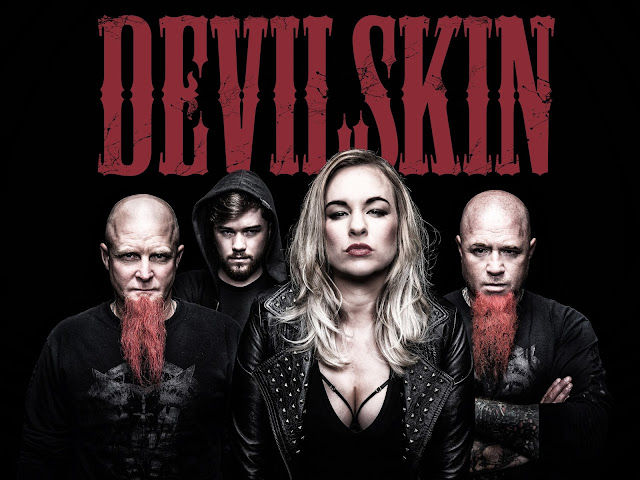 Their debut album, We Rise hit at #1 in their native homeland when it was released and it has gone on to become the first album since 2010 by a domestic rock band to achieve Platinum status. Brilliantly played and well-deserved as all their fans have expediently been growing by leaps and bounds worldwide and they are HOTTTTT!

With the release of this current album, Be Like the River, they continue to create a force field of energy that cannot be replicated, for it is their own signature sound and this is what is making Devilskin the metal band of 2017. The band themselves has shared the stage and performance times with the likes of Motley Crue, Slash, and Alice Cooper, to name a few. The King of METAL Guitar himself, Slash, has called them, “An awesome band!”
Once again, Devilskin partnered with Clint Murphy, who had also produced and mixed the album, We Rise originally with them. It soon became apparent that Murphy was their choice again to be on board for this latest record, Be Like The River. His work on both of their album's shows that there is a strength in both visions.

To launch their latest album, Be Like The River,  Devilskin has committed to a heavy schedule which includes a performance date with DISTURBED in Auckland’s Vector Arena 18th November. Then a full New Zealand tour and 17 dates nationwide. Grammy Award winning band HALESTORM will support Devilskin on 7 dates in New Zealand before heading to Australia for 3 additional dates (Melbourne, Sydney, and Brisbane). Devilskin will return to Europe in February of 2017.

Each and every track on this album could be rocked out to, it is an album created to blow your speakers out, rattle the neighborhood, and crank to the nth degree! Truly amazing to hear such great music coming out from new bands again! “Mountains,” is a favoured track off the album as it rushes the crushing riffs and powerful vocals. Vocally and instrumentally this is a metal lovers dream. Jennie Skulander's vocal prowess flicks back to a young Grace Slick days of 'White Rabbits,' and their tune "Pray" consequently leaves you on your knees begging for more!

Be sure to check out Be Like The River, add them to your must have METAL list and turn it up!

Jennie Skulander on vocals, the red-bearded ‘evil twins’ Nail and Paul Martin on guitars and Nic Martin on Drums. 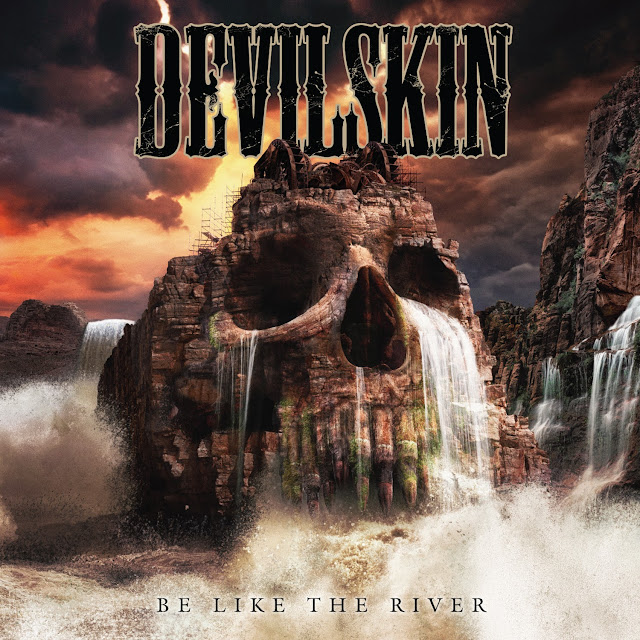