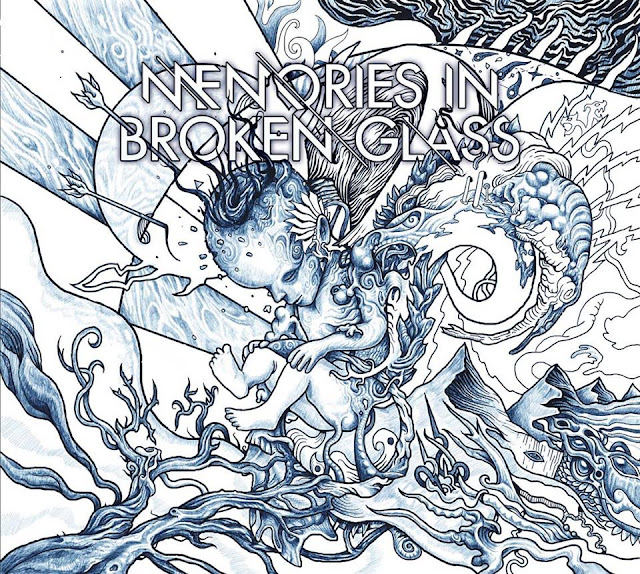 What a way to open up a year of diversity in the music industry as the new album by Memories In Broken Glass slice through the sky and open us up to an opportunity to hear one of the heaviest sonic mission albums to bang into 2017. Their new album Enigma Infinite is a carefully crafted and forged piece of work. One on which the sharpened steel edges strings have cut their way through to proudly proclaim... Progressive Metal. This new album is a breath of modern prog air. From the onset, Enigma Infinite slays through the pulsating coursers of fever with the sharpened machete edge easily cutting forcefully over the opening song, "Search and Discover," the path has been clearly set into motion as the vocal strength of Saul Castillo delivers (at times in the clean vocals there is a hint of Rush's vocalist Geddy Lee). When it came to choosing a new lead vocalist back in 2014 Castillo was 'the one' to front this band, without question. Together, this is a solid reckoning of the best sensory expression in this genre.

Fans who have followed Memories In Broken Glass through their first two EP's have now been gifted the best of the best. This Texas quintet have now partnered up with Hammer Forged Records and producer Robert Beltran, and unquestionably this final mix presented is what every other progressive metal band is going to have to follow in 2017. The next track, "As The Tables Turn," is pure music to the ears as the guitar work of Justin Garcia and Mark Martinez spins this tight track over to the tune, and the bass work of Randy King... each member sells every part of the tune. The track,"Constant" continues the assailing and leaves no doubt behind the power behind their drummer, George Garcia.

The melodic force of the track "Odyssey" is a dream-state of fluidity. This is the strongest cumulative presentation on the album. "Odyssey" is the full expression of Memories In Broken Glass. Its strength brings the emotional response of an EPIC tale unfolding and soaring across the universe. It is the epitome of modern progressive metal. Sending us further to our knees in complete admiration, "Millian Voices" lends itself as well to this full impact.

Finishing all too soon the full emotive encapsulation, the metal rock world can witness as they tune their ears towards the horizon line and in the dawn a ray of light can be heard. The full embodiment of Memories In Broken Glass is the music scenes necromancer in its complete form. Enigma Infinite is a finely crafted work of art and the final song, "Ember" brings the new hope that the hard rock and metal genres of the music scene from the days of Led Zeppelin, and Rush are still alive and well. 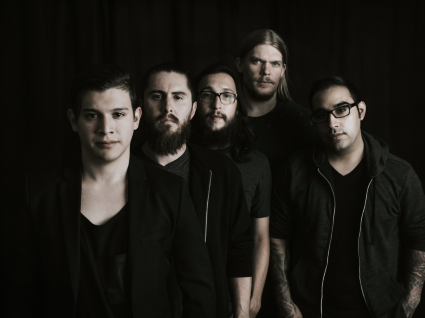 
Be sure to catch Memories In Broken Glass blow your minds on the Enigma Infinite Tour along with Of Serpents And Saviors and THE ANSIBLE this January!