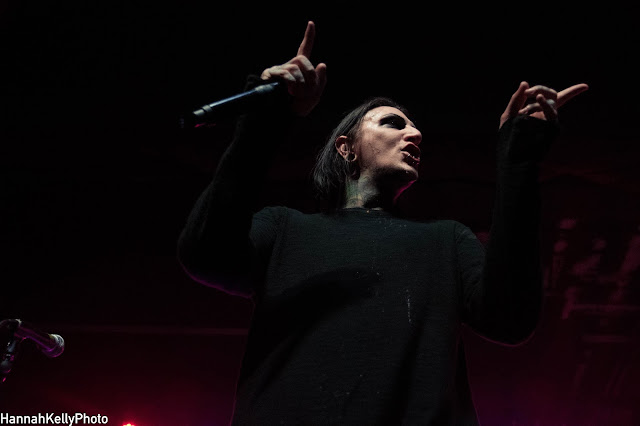 The End Is Here Tour, kicked off with an electric first night on January 13, 2017, in Tempe, Arizona. A mob of metal fans filled the crowded Marquee Theatre on Friday night. Dead Girls Academy started off the killer night promptly followed by Dangerkids. After Dangerkids left the stage at the Marquee Theatre, the room was cast in purple light in preparation for the first headliner of the night, Motionless In White. 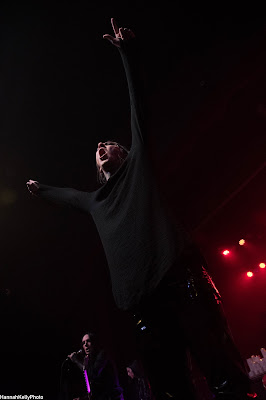 Before they began their eleven song set, the lights in the theatre dimmed and two rows of candles lit up on the Motionless In White stage set. Along with all the illuminated candles, several small pumpkins also came to life. After around twenty seconds of darkness in the room, the stage was brightened by a white light, revealing a drum kit set high up on the stage with a pumpkin adorning its drum-head. The drum-head made a clear and clever connection to the pumpkins that were elsewhere on the stage.

All of the members slowly revealed themselves to the sea of fans, including the stand-in keyboard player, Marie-Christine, who was brought in to replace recent ex-member, Josh Balz (Balz officially left the band several days before the tour began after 10 years with Motionless In White). The band opened up with their single, “570”, off their upcoming album, Graveyard Shift. With their amazing energy, they had the whole crowd moving within moments of the first note played. 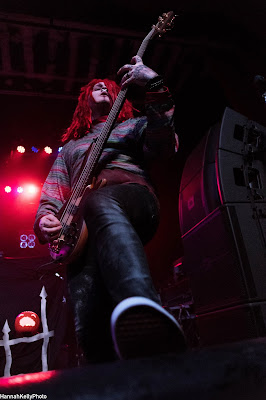 Ghost, who is notorious for dressing up and being especially creepy, was in a Chucky-'esque costume, complete with scars painted onto his face. The rest of the band members were sporting a full face of pure white paint on their faces as per usual. The white painted faces and black eye shadows are a staple of any Motionless In White show. The band finished the opening song of their set and with a smile on frontman Chris Motionless’ face; they played straight into the second song of their set, “America.”

It was at some point during the first two songs that Kylie Devyn who is a part of the Motionless In White stage performance, came out and joined the rest of the band dressed as a provocative clown. Scantily clad in a short skirt, fishnet stocking, and a crop top, she strutted around the stage continuous engaging the crowd. Devyn brought out several props during her time on the stage including a water gun that she continuously shot out into the crowd and a jack-o-lantern shaped candy bucket. Still, in her clown costume, which was changed several times throughout the set, Devyn took the jack-o-lantern filled to the brim with candy and preceded to shower it onto the crowd. This act took place during the third song of the set, the band’s 2014 release, “Cocaine.” 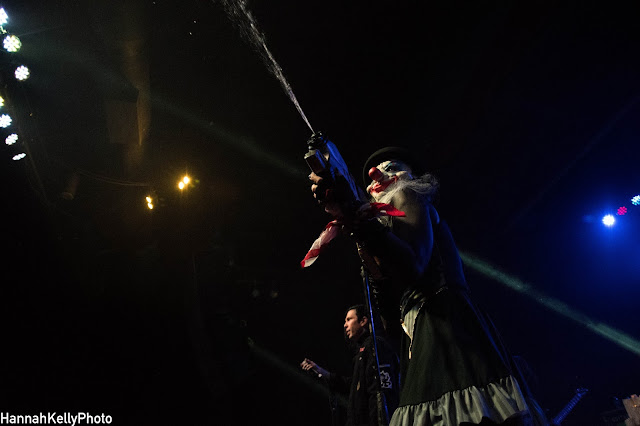 The band spent the remainder of their lengthy set playing a variety of older and newer songs, including one cover and one completely new and never heard before song off their upcoming album, that is expected to be released later in 2017. Near the end of their set, Motionless In White performed an unbelievable cover of System of a Down’s 2001 smash hit, “Chop Suey!' This incredible cover had the entire room singing along and off their feet the entire time.

Overall, Motionless In White put on an energetic set that set the tone for the following headliners. Their set was an impressive eleven songs, and lead vocalist Chris Motionless commented several times that Tempe, Arizona was the best crowd they could have asked for to kick off this tour. Each track had the crowd singing at the top of their lungs and dancing to the music. As expected, there was no shortage of crowd surfers during their show, but this, of course, is a staple of any metal show. 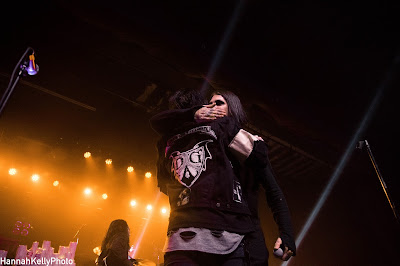 Chris Motionless’ vocals were completely unprecedented and he definitely was on his 'A' Game for the first night of The End Is Here Tour. His performance was untouchable, as was the rest of the band, as they played perfectly while still engaging their captive audience. 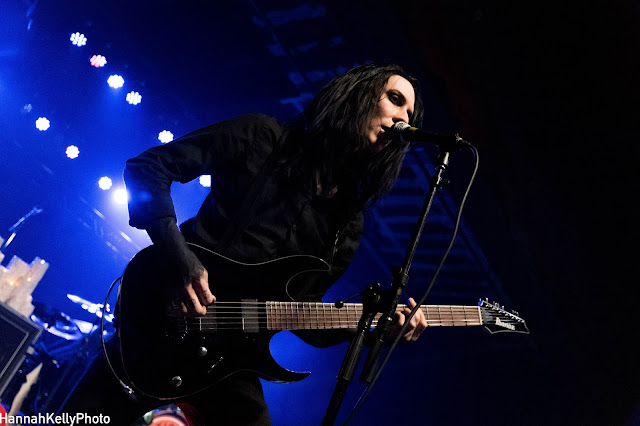 Post the amazing first headliner set done by Motionless In White, Issues bounded onto the stage. Tyler Carter’s smooth vocals mashed with the harsh screaming of Michael Bohn made for another unforgettable performance by the Georgia based metal band. After the amazing set done by Issues, the front headliner, Falling In Reverse, lead by a now blonde Ronnie Radke, had the entire room shaking the moment that they hit the stage. The Las Vegas natives put on a killer set to close out an amazing night of music. It was truly an unforgettable evening of unforgettable music done by an unforgettable line-up of musicians.

More Information on Motionless In White: