January 18, 2017
Hailing out of Colorado, A  powerful mix of anger, passion, and heart poured into a blender that fuels your soul with a swift kick in the ass, This is when you then understand Red Tide Rising. 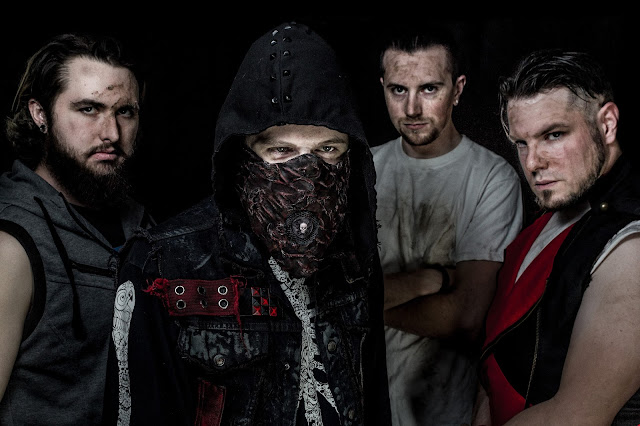 Writer and photographer Teri Wright recently had the pleasure of chatting with Andrew Whiteman from Red Tide Rising about the new album “Voices” and hitting topics inquiring minds want to know.


Teri Wright: You just finished up your tour nationwide with Drowning Pool. What has your experience been being on tour?


Andrew Whiteman: This tour with Drowning Pool was the best tour I have been on. We did our first long tour with them about two years ago, and I’ve done two other tours as their tech. This tour just seemed to go smoother and I know that I played my personal best shows of my musical career. It was very satisfying and it was great to become good friends with 9Electric and Gemini Syndrome.


Teri Wright: The New Album “Voices EP” released in May 2016, How do you think the fans have been receptive to the more mature sound of Matt Whiteman?


Andrew Whiteman: Matt got a lot of coaching from Mike Luce (Drowning Pool’s drummer) when we were in studio recording “Voices” that took his already low mature voice to the next level. He has much more expression and emotion behind his delivery that really makes it sound like we have a completely different singer. This is Matt in what I believe still is in his prime and that makes me very excited. The fans have noticed the change as much as us and are stoked on his performance.


Teri Wright: When you started coming up with Lyrics for this album, what was behind your driving force? 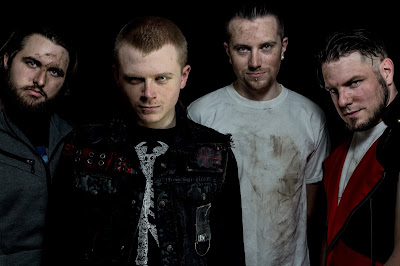 Andrew Whiteman: There is a reoccurring theme throughout the EP of not having a voice and standing up for yourself. There is a deeper meaning for us in the band as to what the lyrics mean and how it represents us, but that is essentially at the core what drove this record. We felt like we didn’t have a voice.

Teri Wright: What challenges did you experience in the production of this album, yourself and your band mates?


Andrew Whiteman: There’s always the challenge of feeling confident with what you wrote.
Every artist goes through the periods of self doubt when creating, but we got over those hurdles with the help of Mike. Mike did a great job of getting us prepared for when we entered the studio, especially with Matt’s delivery of the vocals so once we went into studio we knocked everything out very quickly.


Teri Wright: With this EP, do you feel there is anything you’d want to change or focus more on with your future albums?


Andrew Whiteman: I still want to write records that flow together and connect in ideas. That will carry over onto our next effort. Me personally, I want to explore more complicated lead work and more progressive pieces, but not stray too far from what the core sound of this band is.


Teri Wright: “Voices” is basically that kick in the throat sound with melodic twists of haunting tones underlying, When you look back at “THE RISING”, and this EP, what would you say you’ve changed, and progressed on?


Andrew Whiteman: If I were to blindly listen to “The Rising” and “Voices” I would say they were recorded by two different bands. That’s how much growth I would say we have made between the two records. And we are still growing. I am sure I will say the same of our next recording. The massive leap between the records makes me very confident in our sound. I know the direction I want to go in now.


Teri Wright: The commanding presence of your new production team is apparent in this new EP, How was it working with this new team?


Andrew Whiteman: The real game changer for us was bringing in Mike Luce. He did an excellent job with us in pre-production to really fine tune the songs prior to studio. We recorded with Jeff Kanan again (he recorded “The Rising” with us as well). We knew going in how Jeff was going to run the studio so we were very relaxed, plus having the confidence that Mike put into us just made for a very easy recording experience where we were all on the same page with how we wanted the record to sound.

Teri Wright: Walk us through a normal day for RTR in the studio. Do you have a routine you stick to?


Andrew Whiteman: Each day would be different just depending on what got accomplished the day before. Typically when we go in we start with doing pilot tracks of everyone playing for a general feel of the song.


Then we do the drums, bass after that, then guitar and vocals. On the vocal days I would do ear candy with the guitar between vocal takes when Matt needed a break. It was very efficient. The EP took five days to record and we were done.


Teri Wright: Any favorite venue you liked performing at or want to perform at still?


Andrew Whiteman: I got to cross off The Machine Shop and the Cotillion from my venue bucket list this last tour! Hooligan’s in Jacksonville, NC was a fantastic venue that I can’t wait to play again. The next big milestone venue for me will be when we play The Fillmore in Denver.


Teri Wright: What brand do you confide in for your instruments, and amps?


Andrew Whiteman: I’ve spent about two years getting my tone dialed in, and I finally found my amps and pedals and guitars. I play Gibson SG Standards through a Marshall JVM205. I have my collection of Walrus Audio, MXR, and Digitech pedals that give me the ear candy I want and need for the live performances. I’m very happy with my rig now, I’m at the point with it where I just look for more ear candy to throw into the chain when I want it.


Teri Wright:  Where will we be able to see you next LIVE?


Andrew Whiteman: We have a few shows lined up in January and February. We are currently working on a tour for early Spring of 2017.


Teri Wright:  Tell your fans something about yourself they may have never known about you?


Andrew Whiteman: I earned my Eagle Scout through the Boy Scouts of America.


Teri Wright: Where can we find your songs, your merchandise and all information about RTR? 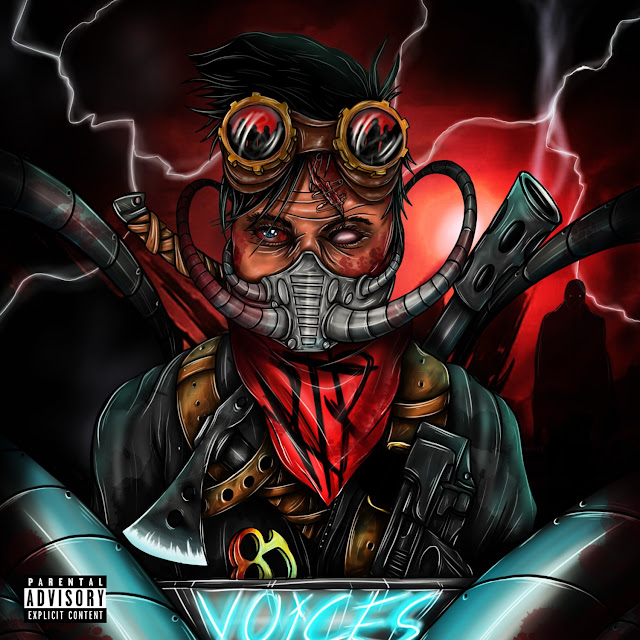 Hit these guys up at a show coming near you. Thank you for taking some time out to chat Anthony. I wish you and the band  the best of luck. Your sound is commanding and shows those who work hard for what they want will get it. - Interviewed by Teri Wright/Eyes of Jade Media for BANGS! Music & Entertainment.