The heat and the heart of rock come from the blues. When you mix that with some living, loving and a bit of perspiration you get a rock called Americana. A genre that blissfully blends so many elements from rock, folk, blues, indie, roots, southern and makes the statement, of home.

The music found its way into D. L. Marble's way of looking at life. Having come from a background of struggles, it was this style of music that he felt best expressed his way of looking at things... a story-tellers gift put to good times. 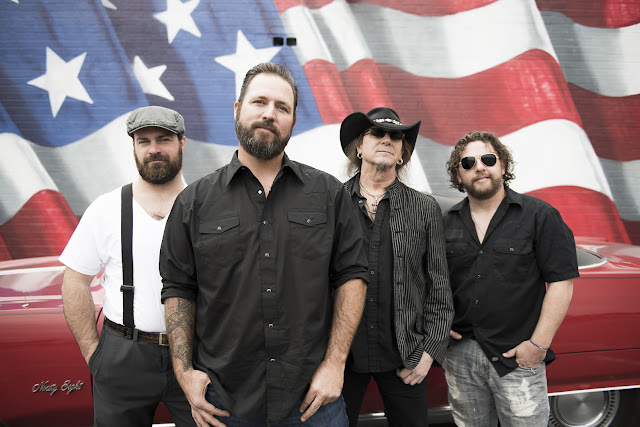 Sara Robinson: Would you call your music, Americana?

D.L. Marble: Yeah, I would say it's 'Blue Collar' Rock and Roll from the 70s and Country before it sucked. We kind have made our own sound, people seem to dig.

SR: Have you always written and played this style of music or did you try other genres? If so, what were they?

D.L. Marble: I have never written genre-specific songs really, some sound country, "This Time Next Year" and some more Rock "What You've Done." We just make honest music and let the listeners decide.

SR: This year you got to experience NAMM, not only as a goer, but you performed. Was it just you or did the whole band perform?

D.L. Marble: The whole band played, we had a great time, apparently we did great from the amazing response we received.

SR: How did the opportunity come about? And what was the setting like when you performed?

D.L. Marble: Paul (y)Williams, our bassist, was in contact with the people at NAMM, he handles stuff like that, he's great. The setting was a huge stage right in the middle of all the action!

SR: Networking is a huge part of NAMM, did you to get to rub elbows with anyone in particular that made you say-"Wow!"

D.L. Marble: We worked with all our sponsors, I honestly didn't see anyone, in particular, we were working, and my band was WOW! in their performance and professionalism through the entire trip.

SR: Overall how would you say the experience was? Would you go again?

D.L. Marble: Great! Of course, we will be back next year!

SR: Noticed in your press release you're back in the studio. Can you give us the lowdown on your new music? How many songs, full-length, different sound/style?

D.L. Marble: It's good stuff, still have to finish a few songs and write a couple more. It will be 10-12 songs, it will be different than our second album, more roots rock/country. [paused] Actually I don't even know, we're gonna make the best damn record we can and if y'all like it great, if not, we made it together and that's what's important, it's a snapshot of us at that moment in history.

SR: Where are you recording and are you working with a particular producer?

SR: Videos and touring many times follow new albums. Do you have places that you hit on tours you've really loved?

D.L. Marble: Texas, Oklahoma, Colorado, California. Man, I love the road, can't wait to get back to so many great venues large and small!

SR: On top of a band you also have your own label. How did that come about and who else is on it?

D.L. Marble: Pauly and I decided that we did most the hard work when we were on major labels, so why not take control, and try to make something great. So we started CASA Music Group.  Marc Norman, Ghetto Cowgirl, Alice Cooper's a taste of Christmas Pudding have put music out via CASA and Matt Rupnow our guitar player is working on a"solo" project, and we look forward to helping him get that out soon!

SR: Performing is important, and so is a social media presence. Do you find it a challenge to keep the business side up?

SR: Aside from your songwriting, playing, recording, music label what else might your fans find you doing any given night of the week?


D.L. Marble: Hanging out with my kids and family, Pauly, Matt or AD.  Pretty much everything else is on the DL, ya know how it goes. 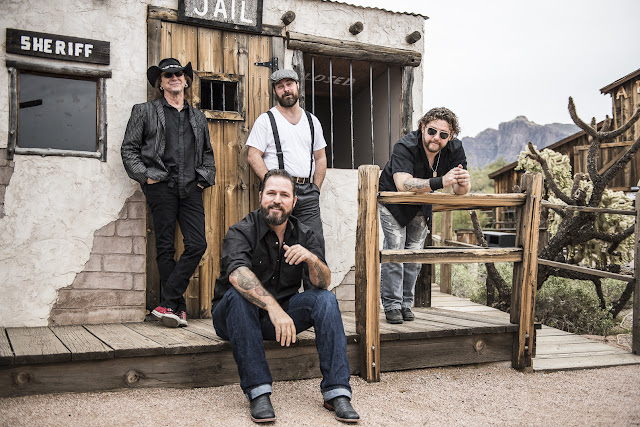