Concert Review: Pierce the Veil Play A Sold Out Last Night of Tour 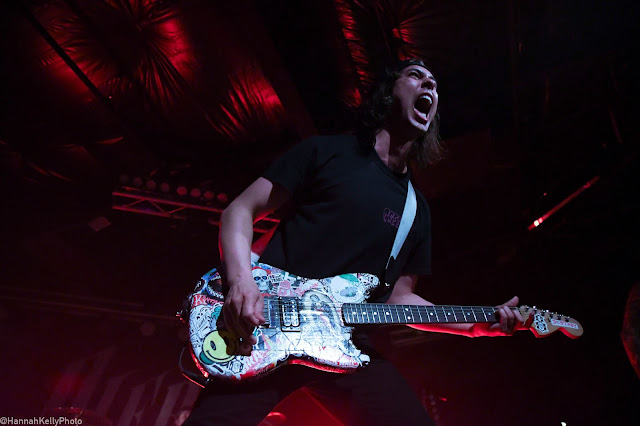 The finale of Pierce The Veil’s Rest In Space Tour originally featuring Crown The Empire and Falling In Reverse, came to Tucson, Arizona for one last sold out show and it was quite a night to remember. Within the last few dates of their most recent touring cycle, Falling In Reverse dropped off the stacked tour line up for “unforeseen circumstances” as stated on the band's official Facebook page.

After the last minute announcement that Falling In Reverse would be absent from the show in Tucson, local hardcore band, Cons, stepped up to the plate to open up the show. Cons were very passionate and energetic through their set. Lead singer, Joshua, was incredibly interactive with the crowd. He could continuously be found climbing onto the barricade that separated the stage from the crowd and singing into the faces of the many Pierce The Veil fans that filled the room.

Although they had a different vibe than the other two bands on the ticket, the Tucson locals finished their set with the guarantee of a new flock of fans following their music and coming out to their shows.

Next to hit the stage was Crown The Empire. The four piece band hailing Dallas, Texas was one of the three bands that were on the original tour ticket. The band drew a large crowd of their dedicated fan base to the show, which became evident as soon as the first note of their opening song, “Zero”, was played.

Crown The Empire had the entire room moving and screaming along to their songs through the entire set the performed that night. With about two songs left in their portion of the show, lead singer, Andrew 'Andy Leo,' let the crowd know about the bands sold out show policy/tradition. He told the room that if they were playing a sold out show, and there was a bar insight in the room, then someone in the crowd had to crowd surf a shot to the stage before they finished playing. Of course right after he announced this, the small bar in the venue was flooded with fans trying to buy a shot to get to the band.

About halfway through the song after Andy Leo had announced this sold out show rule, two shots found their way up to the band. Andy Leo and bassist Hayden Tree intertwined their arms and knocked back the shots they had been given. Of course, the sold out crowd responded with thundering applause. The band finished their set and walked off the stage, but almost immediately Andy Leo rushed back onto the stage to yell “smoke weed everyday” into the microphone before leaving the stage for the last time on the tour.

Crown The Empire left the stage, and the room immediately got tighter, fans pushed forward into the crowd in anticipation for the long awaited set of Pierce The Veil.

Although the band is often in Arizona playing sold out shows, they haven’t paid a visit to Tucson since their world tour with Sleeping With Sirens in 2014, so it’s needless to say the fans in southern Arizona were more than excited to have them back. This show was high anticipated for all Pierce The Veil fans in Arizona though; they sold out the venue two weeks prior to the event.

Soon after Crown The Empire left the small stage at Club XS that night, the Pierce The Veil crew dropped a white curtain over the stage. Right before their set began, their band name was projected onto the curtain.

Soon enough, the lights in the venue went down, and a red cartoon rocket ship was being shown on the curtain, as the band got closer and closer to taking the stage, the animation on the stage began to move faster and then everything went dark as the crew pulled the curtain down from in front of the stage. Fans went crazy as the band walked out onto the stage to the intro of the song “Dive In” which is the first track on their most recent album, “Misadventures.”

A white light shone from behind lead singer, Vic Fuentes, and he began singing the first song. The band played through their opening song and Vic stepped up to welcome everyone to the Rest In Space Tour, and then led into their second song of the night, “Caraphernelia”, which is an older hit off their album Selfish Machines.

After the finished, Vic stepped up to the microphone again to tell everyone in attendance that their next song was a fast one and that they would not start playing it until they saw a circle pit form. As soon as they saw one break out in the middle of the crowd, the song began.

They played several more songs before taking a one song acoustic break. Vic announced that bassist Jaime Preciado would be doing something he had never done before and play piano on tour. This led the band into the acoustic rendition of “Stay Away From My Friends.”

After this short break, they got right back into the fast paced music that they’re known for. Three songs after their acoustic break, the band walked off the stage, claiming that they were done playing for the night. The crowd went nuts for a minute after the left, chanting “Pierce The Veil” over and over again until the band came back onto the stage for two more songs. They finished out the night with one of their latest singles, “Circles” and their hit song, “King For a Day.” Vic thanked everyone for coming out to the last night of tour and said that they would see everyone soon!

As per usual, Pierce The Veil put on an amazing song, with non-stop energy. Their fans are some of the most dedicated out there and they will no doubt be patiently waiting until Pierce The Veil makes their return to Arizona once again. 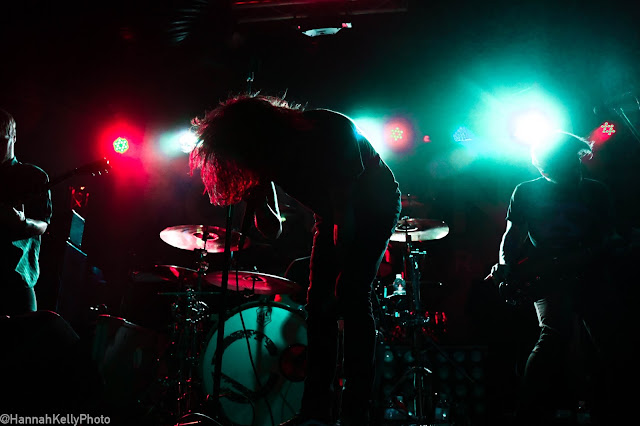 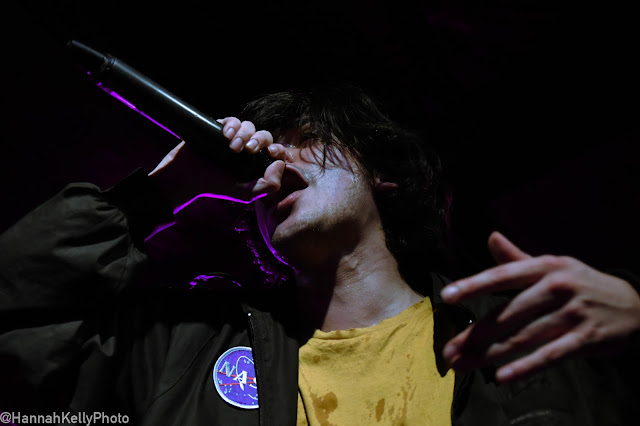 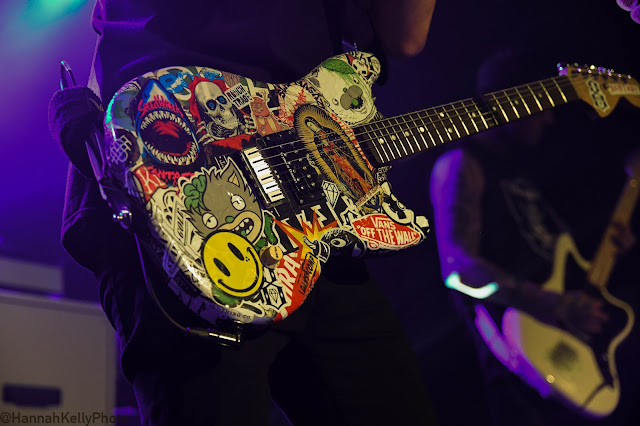 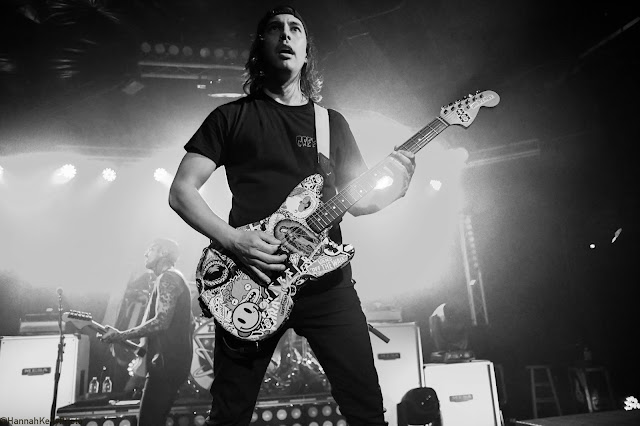 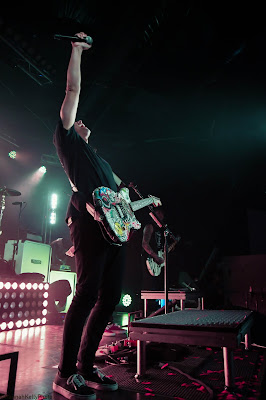 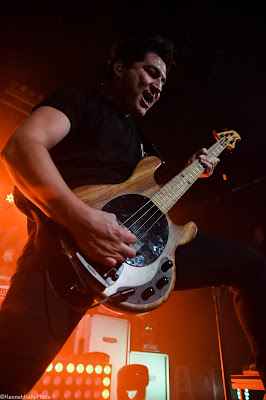 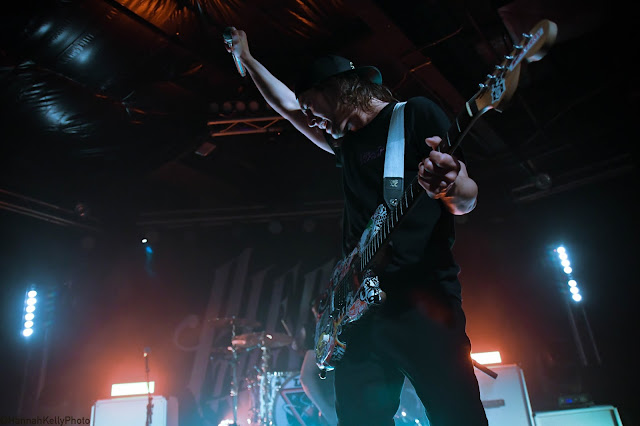 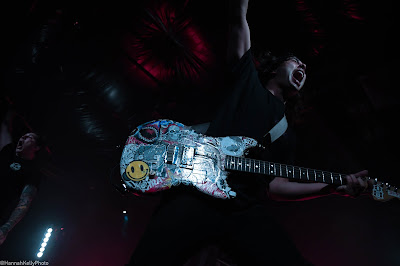 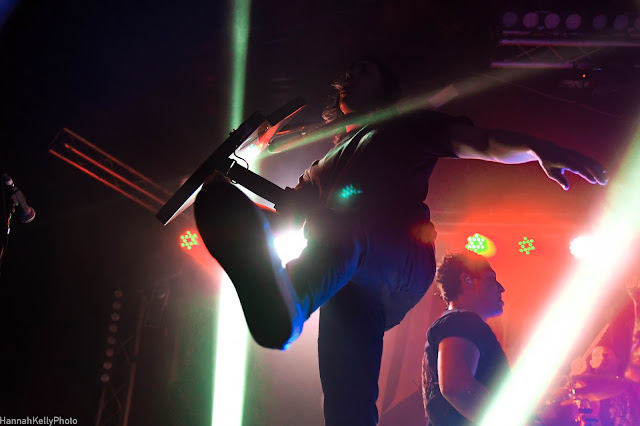 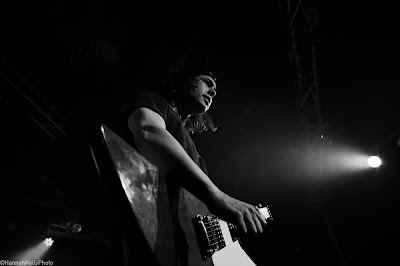 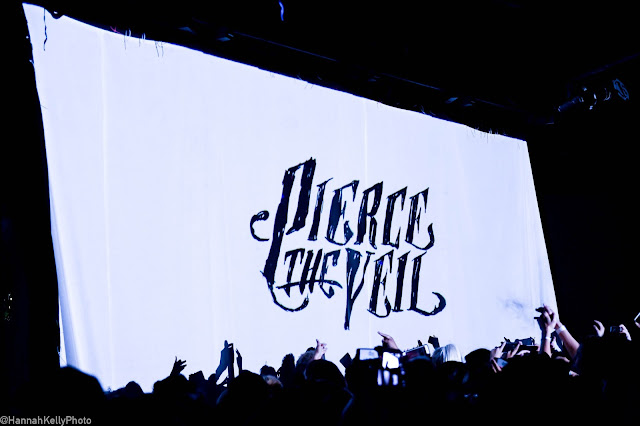 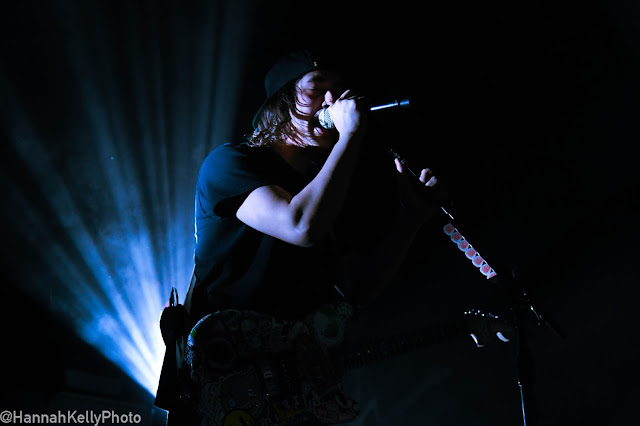 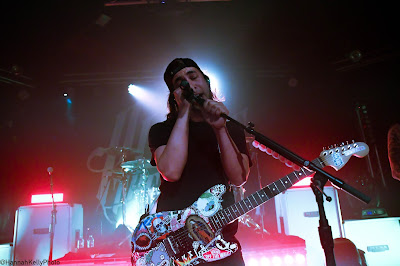