This solid band out of Canada is raging... raging to rock the world! Having completed four studio albums, and currently working on their next, One Bad Son has dropped their single, “Raging Bull” created a video for it and is moving straight ahead. Catch them on tour as they make their way headlining on an East Coast Tour, across the states, Canada and possibly Europe. 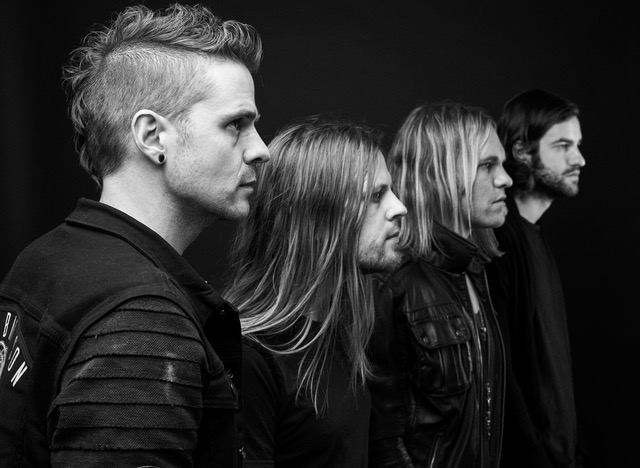 Song River: Your discography measures itself from your 2012 self-titled album, to your 2014 studio album, Black Buffalo. A total of four studio albums.

With the single dropping in March called, "Raging Bull" where are you looking to go direction wise with your fifth album?

Adam Grant: As of right now, we have four songs recorded, with “Raging Bull” being one of those songs. Our goal for this next batch of songs, whether it becomes a full length album, EP, or collection of singles, is to continue to build on what we started with the “One Bad Son” record.

We’re extremely proud of what we’ve accomplished thus far, but we don’t want to let the grass grow under our feet. The goal is to always be moving forward and pushing to get to that next level.

Song River: "Raging Bull" seems to carry a torch within itself lyrically. Instrumentally it conveys a fantastic driving force. How did the song evolve and is it a true prelude to the future sound of OBS?

Adam Grant: “Raging Bull” started like a lot of our songs do, with a guitar riff and a jam. The idea was always strong and we kept coming back to it, but it wasn’t until we got into the studio that the song came to be what it is today. It used to be more of a slow building song, but it was suggested that we start with the big riff which I think immediately grabs the listener’s attention.

As for the lyrics, Shane really wanted to embody the energy of the music and explore that intensity a person feels when they have something building up inside of them, whether its love, anger, excitement or whatever.

Song River: Right away the listeners feel the hook on “Raging Bull.” The combination of the instrumental intro then the vocal power that Volk brings in has really created a song that stays in your head.

The song felt a bit reminiscent of the days of Styx and Boston.  Having said that, who have been some of OBS influences along the way?

Adam Grant: Thank you! I probably wouldn’t have cited Styx or Boston as an influence, but there definitely isn’t anything wrong with that!

All four of us grew up listening to a variety of different rock music. You know, the usual suspects: Zeppelin, Guns n’ Roses, Sabbath, Pearl Jam, etc. We all very much love that music and still listen to it to this day, but I would say our palettes have diversified a little bit as we’ve gotten older.

Song River: As a band, Shane Volk (vox), Adam Hicks (guitar), Adam Grant (bass), and Kurt Dahl (drums) who have been some of your favorite bands along the way that you have shared the stage with?

Adam Grant: We’ve been so lucky to share the stage with so many great bands. The Def Leppard tour was definitely a highlight. We got to play a show with Rival Sons in a small club in Ottawa on Halloween a few years ago, just before they really broke out, which was a real highlight for me as well.

We’ve also had the opportunity to play with so many really cool “local” bands who have opened for us. I love seeing new bands set out to try and make a go at it, especially if they write good music.

Song River: How does One Bad Son collaborate on songs and their structure?

Adam Grant: As a band, we’ve always written songs as a collective group in the jam room. That being said, songs will often start with a riff, lyric, melody, beat or some sort of idea that gets brought in by one of us. From there, we usually just jam on it or try and figure out how we want to form it into a song. Sometimes it happens really quickly and sometimes it takes a really long time. With these most recent songs, we have been really open in discussing all aspects of the songwriting process, more so than ever.

Song River: Who have you been working with on your fifth studio album?

Adam Grant: For these songs we have been working with Gavin Brown. He is an exceptionally talented man, who totally transformed the way the four of us look at songwriting, recording, and music in general.

We spent four days with him in Vancouver this past Fall recording “Raging Bull” and three other songs, and it was one of the most intense, inspiring and creatively fulfilling four days we’ve ever had. He’s great!

Song River: In the genre of rock, will this next album still carry on the OBS sound of being big, loud and unapologetic?

Adam Grant: There are definitely elements of that, for sure. I think that’s kind of how the music comes out of us naturally. But, at the end of the day, we just want to write good songs that a lot of people really like and can relate to. Some of them will probably be big and loud, and some might not.

Song River: In the past you did a great cover tune, 'Psycho Killer'. What made you all decide to do your own version of this?

Adam Grant: Well, we began playing “Psycho Killer” live a couple years before we recorded our version of it. The song just became such a cool part of our live set that when it came time to record the “Black Buffalo” album, we thought maybe it could also be a cool element to add to the record.

Song River: The video certainly had that 70's Kojak, Mod Squad, beat ringing in it. Who did you work with on this project?

Adam Grant: That video was such a blast to film! And, I’m very proud to say that our singer Shane wrote the treatment and directed that video. I’m so happy you referenced those 70’s influences because that was totally the vibe Shane was going for. We wanted it to be kind of funny, kind of strange, but mostly just entertaining.

We had a great time filming it a couple of years ago.

Song River: For fans of One Bad Son when can they expect your next album, video, and touring dates?

Adam Grant: We just got back from Vancouver last week where we filmed the video for “Raging Bull” which will be released shortly after the single release date, which was March 3rd.

After that, we’re planning on heading east for some shows this spring and hopefully we’ll be going all over Canada, the U.S and Europe throughout the remainder of the year.

As far as an album goes, we have four songs recorded and are writing to finish up some sort of collection of songs to be released as soon as possible. 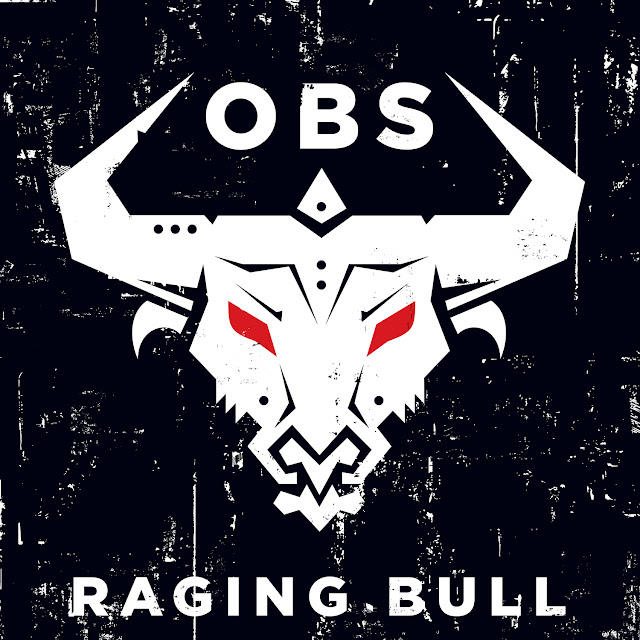