Cranking the drive shaft and grinding the guitars, bass, drums and energy sets the self-titled EP for CRNKSHFT into full throttle motion. Vancouver, BC has delivered a driving engine that doesn't seem like there is much, if anything, that can stop it, and after hearing CRNKSHFT's self-titled EP you don't want it to stop.

Opening with a growler of madness, “Systematic,” ride is far from the typical hard rock sounds. There is some serious dropkick action with a melody to the core.

Rising the vocals and showcasing the power Shane “Shanr” Jolie carries their track “Tears Me Apart” is packed full of emotion high strung and raw. Speaking not only through the vocal heart but once again showing this hard rock band's engine runs on melody. The line in the sand of defining CRNKSHFT is driven home into the influences heard through out of Alter Bridge, Five Finger Death Punch and Pantera. The third track, “Old Habits” really pulls from the influences of old Stone Temple Pilots and Alice In Chains, but the driving riffs and heavy bass and drums can only be clearly marked as being CRNKSHFT in full force. The gratuitous riff doesn't feel contrived it is natural and belongs in this hard driven number, “Old Habits,” will quickly become their fans favorite tune performed live.

Finally, and ending all too soon, “Breaking The Silence,” speaks truth. Exposing and revealing the truth as music certainly can be the catalyst to lift us out of feeling overwhelmed. The growling vocals throughout this song leave you almost desiring more. Wanting it to be the crux of what is happening in between the guitar riffs and all that melts this well structured path.

Even though the description of the EP claims pseudo political to some degree it never felt overtly that it was heading that direction. This is straight rock n roll with no bells, no whistles, it just is. That is honest and truthful. A headbanging drive to kick you into overdrive and wanting more. This self-titled EP we are hoping its just a tease... one listen and you are hooked.

“We’re not a band that’s going to give you stage props and fake blood and shit, we’re going to give you an emotional roller coaster, it’s not just straight metal or straight rock its a mixer of everything in between, the songs have tonnes of dynamic, and we push for people to get caught up in it.” - CRNKSFT

March 24, 2017 The self-titled EP will be available on iTunes, Bandcamp, CD Baby, Spotify and all major online retailers. 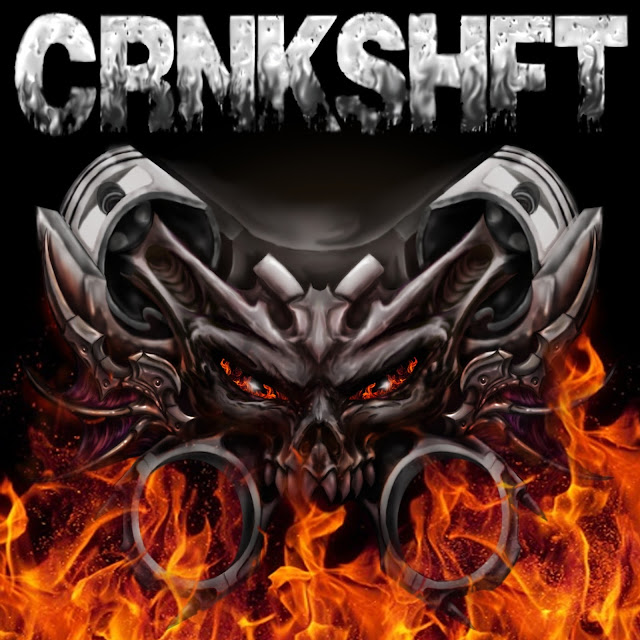