Album Review: Woodhawk- Beyond the Sun 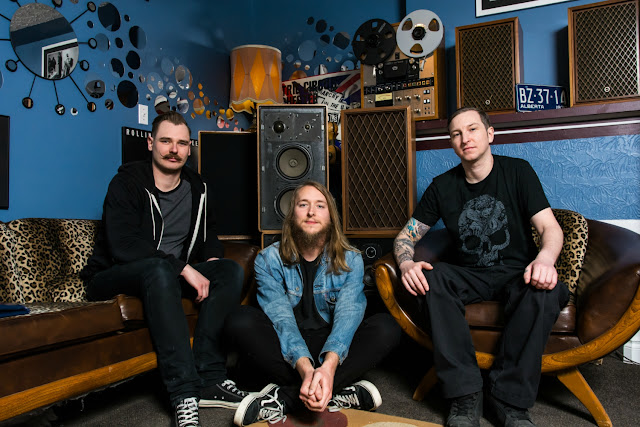 Perhaps I am just a sucker for good bass, stoner rock and sick guitar riffs but I genuinely enjoyed Woodhawk’s newest album “Beyond the Sun”. The whole album put me in a good mood. Although I am a fan of a more distorted and fuzz-y sounding stoner rock, this was a great cleaned up take. Don’t get me wrong, you still have slow-to-mid tempos, bass heavy songs and melodic vocals… but it sounds clean. The killer trio band have really created their own rules. One of which is trying to throw out stoner rock stereotypes. And it’s working brilliantly for them. Beyond the Sun is exactly what one would expect from Woodhawk. Riffs and riffs and riffs and high energy drums and more riffs.

My favorite track on the album has to be Magnetic North. It reminded me of that fictional band in Scott Pilgrim vs The World and honestly it’s the best thing. When a song’s opening lyrics are “I walk the moonlit path/to try and trace my tracks”, one can feel the amount of chill vibes that are about to happen. The song reeks beauty and simplicity. It starts off with such a basic sounding riff and it completely builds to a complex skyscraper of a song by the first minute. Magnetic North is a complete battle song and perfectly fits the album's sci-fi type theme.

Moral of the story: this is the perfect CD to pop on when you feel like dancing in your underwear while cleaning your room. I would recommend “Beyond the Sun” to anyone who would like a less distorted version of Red Fang. Which is definitely a compliment, for the record.

I would give Woodhawk’s “Beyond the Sun” a very solid 3.5/5 BANGS!. It’s a good album to add to my collection, however it didn’t necessarily add anything new.


If you’re really feelin’  Woodhawk’s “Beyond the Sun” and you happen to be in Canada, see it in the flesh while they are on their Western Canada tour!  Or you can always buy some sick shirts and merch at https://woodhawk.bandcamp.com/merch (my personal favorite is the “Moonstone T-shirt” but hey, what do I know).