Michael Marquart, former drummer for the hot 80's band A Flock of Seagulls is the driving force behind the band A Bad Think. From the shores of Virginia Beach to the hot pulsating visions of the Los Angeles music landscape Marquart is truly a wonder. 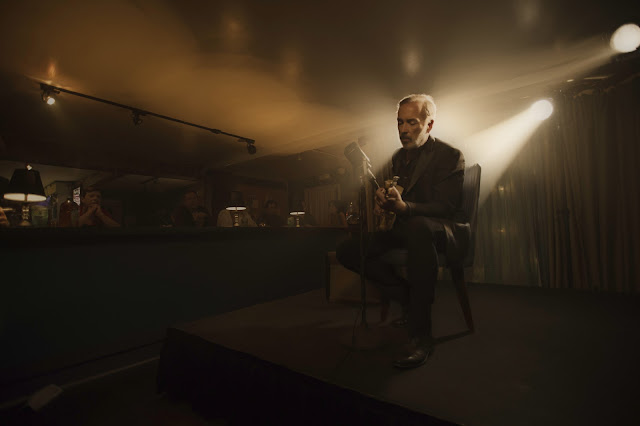 With A Bad Thinks seventh studio album, The Tragic End Of A Dreamer that is a blend of alternative rock songs crafted carefully in melody and emotion, you can hear a story unfold.  Michael Marquart, explains that the album, is not meant to be depressing, but rather a story of someone who, “wakes up and realizes that you can’t dream your way through life and have it come out okay in the end.” The album is really a self-expression of how life works. We all have our ups and down. Like many singer-songwriters their music is personal, Marquart explains, “it’s all really emotional to me so the lyrics and the music and all that stuff definitely come straight from the heart.”

For Marquart creating is as essential as breathing. It is his daily bread and water. With his music being such an integral part of who he is Marquart has played, produced, written most of what he creates, and with The Tragic End Of A Dreamer, the talents of many studio musicians can be heard along with his own passions. Instrumentalists such as bass player Paul Bryan, pedal steel guitar player Greg Leisz lend their skills. Also with composer John Philip Shenale, and singer Durga McBroom with many others appear on the record. These collaborative efforts are what music is really all about, bringing a variety of viewpoints and weaving them together to create music.

Song River: In many ways would you say art is a revealing of self or can it also be a way of hiding our own insecurities?

MICHAEL MARQUART: For me, it is like shining a light on my insecurities. Revealing it for all to see. It’s a way for me to deal with it. The good and the bad. I can’t hide from it, so I wave it around like a flag.

Song River: How do you relate to music Michael? You have been involved in some form or another for a good while.

MICHAEL MARQUART: Too long sometimes I think. I have a strange relationship with music. I hate it sometimes, and then I’m confused by it, and other times I am head over heels in love with it. I am writing and working every day so I don’t listen to music very often when I am not in the studio.

Song River: The Tragic End of a Dreamer, listening at times the unfolding of a story transpires visually in a captivated mind. When you find yourself writing songs Michael, what senses seem to develop themselves first?

MICHAEL MARQUART: I would say emotion comes first. I try to touch the listener and make them feel something unique. People are so busy that they don’t seem to have time to really listen these days.

Song River: As you progress, do you find all your senses eventually become involved in your music productions?

MICHAEL MARQUART: I do, but I try not to let it get too far out of control. Sometimes I find myself going down a musical path that is completely out there, so I have to reign it back in.

Song River: In many ways, this seventh studio release for A Bad Thinks felt so close to home. Maybe, it is the poetic side or the aged side of where certain ones of us are along the road. When you look down your path, forwards what is waiting?

MICHAEL MARQUART: I am not sure. I do know that I am exactly where I am supposed to be. As long as I approach whatever comes next with an open and caring mind, I can handle what’s waiting for me.

Song River: Not desiring to compare in truth Michael, yet listening to this album in some ways reminded me of Lazarus, Bowie's album.

MICHAEL MARQUART: What a nice thing to say. I don’t think you could give me a better compliment.

Song River: How many hours a day would you say you spend on writing and ideas that may become a tune, Michael?

MICHAEL MARQUART: I average about 6 hours a day writing and recording ideas.

Song River: Is there a particular ritual you must follow for the ebb and flow to begin, stay and hold?

MICHAEL MARQUART: Not really, I just flow with whatever strikes me. I will work it until I hit a dead end and then move on to another one, but I always circle back and work on it. Sometimes the song doesn’t go anywhere so it sits until I find an angle.

Song River: Coming from A Flock of Seagulls as the drummer and the time spent from then until now, were you always a multifaceted instrumentalist?

MICHAEL MARQUART: I have indeed. I started playing drums when I was five. Started playing guitar at 14. I played the stand-up bass in the orchestra in high school. My mother played the piano so I always played around on that.

Song River: How many instruments can you play and do you still have one you prefer?

MICHAEL MARQUART: I am focused on guitar and my voice these days though I play drums, guitar, bass, keyboards xylophone, timpani, and the trombone….. barely.
Song River: Which instruments in your repertoire that you've collected over the years have come to be your favorites, and have a story or two attached to them? (feel free to share).

MICHAEL MARQUART: I have quite a few guitars, though my favorite is a 1958 Telecaster that I play live. It’s a player. The only thing original is the body and pickups. It's beaten up but plays like a dream. I still have some of the drums from my very first drum set. My mother had to cosign on a $3000 loan from the bank. It took me three years to pay it off. I have a custom made Echopark acoustic guitar that has a unique serial number. The exact date and day I married my wife.

Song River: Now that is a treasured piece Marquart, plus you now have no excuse to forget your wedding anniversary! You have found a brilliance to the side of collaboration haven't you?

MICHAEL MARQUART: I have found a sweet spot. I’m just getting started down this road. In the last few years, I have had the honor of working with many talented people.

Song River: Who have been some of your treasured musician friends you have been honored to work with?

Song River: True musicianship certainly runs deep. It the history of the melody makers and songwriters Michael who have been those before you that have captured your imagination and why?

MICHAEL MARQUART: I love the Beatles songwriting. Becks Morning Phase album is extremely inspiring. I admire anyone who is not afraid to be original and think outside the box.

Song River: Simplicity is a well-deserved note. What is the shortest, least complex song you have ever composed and has it been recorded?

MICHAEL MARQUART: I am currently working on a song that only has two chords in the entire track. 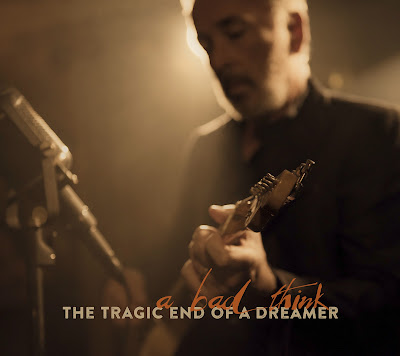