Matisyahu Releases New Music Video For "Step Out Into The Light" 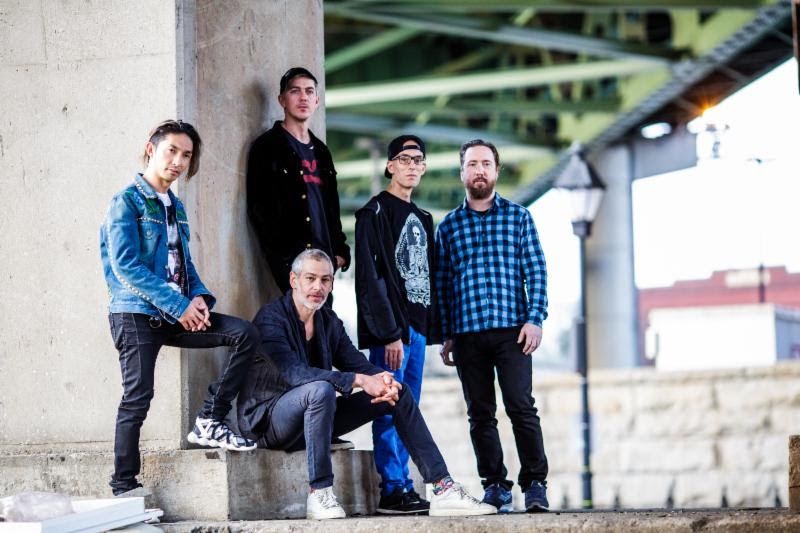 On Vevo, Here: https://goo.gl/ozrqGG
Grammy-nominated artist Matisyahu released a brand new music video for his single "Step Out Into The Light" today! "Step Out Into The Light" is the first single to release off of his upcoming record, Undercurrent which is due out on May 19th. Watch the video now on Vevo, here: https://goo.gl/ozrqGG
"Step Out Into The Light" is an introduction to Matisyahu's most courageous release to date and lyrically his most vulnerable. The vulnerability felt throughout the lyrical narrative comes from acceptance in uncertainty. "Step Out Into The Light" sets the tone for the record, as Matisyahu delves into a musical reframing of the Jewish philosophical differences between the constant of faith and the immediacy of trust.
When Matisyahu first started touring to packed clubs more than eleven years ago, it was prior to the release of Live at Stubbs, the now Gold record, and prior to that record's single "King Without A Crown" reaching #1 on the alternative rock radio charts.  His performances were a raw expression of his spirituality at that time and were supported by musicians who played a foundation of roots reggae augmented by the energy of a rock trio. Fans latched on quickly for a variety of reasons, but in August of 2005, just months after the release of Live at Stubbs, Matisyahu found himself on stage at the Bonnaroo Music and Arts Festival with the de facto leader of improvisational rock-n-roll; Phish's front man Trey Anastasio.
"King without a Crown" climbed the charts and Matisyahu's follow up record Youth was nominated for a Grammy, but the blessings and curses of mainstream success each took root. While Matisyahu's bands have always been comprised of serious multidimensional players who have artfully molded the foundations of roots reggae into many genres, that early; if only a brief display of complete surrender to the music, seemed in some way to take a back seat. Through his lyrics however, Matisyahu developed a more personal, artistic, and sophisticated way to express the yearning for deep spiritual meaning, and as his own beliefs opened up to find more variety and depth, the desire for his performances to match the unpredictable flow of life developed as well.
Now, more than a decade and 9 records later, Matisyahu has formed a band that truly gives itself over to the music on par with his lyrical desire to connect to something beyond the self. The band features original Stubbs guitarist and longtime staple of the downtown New York improv scene Aaron Dugan, Dub Trio bassist and long-time Matisyahu collaborator Stu Brooks, Joe Tomino drummer of the dub trio and drummer for Matisyahu since 2009, percussionist and Cyro Baptista go-to-drummer Tim Keiper, and Virtuoso keyboardist Big Yuki.
Matisyahu's upcoming album Undercurrent is set to release on May 19th! For more information, please visit: http://matisyahuworld.com.