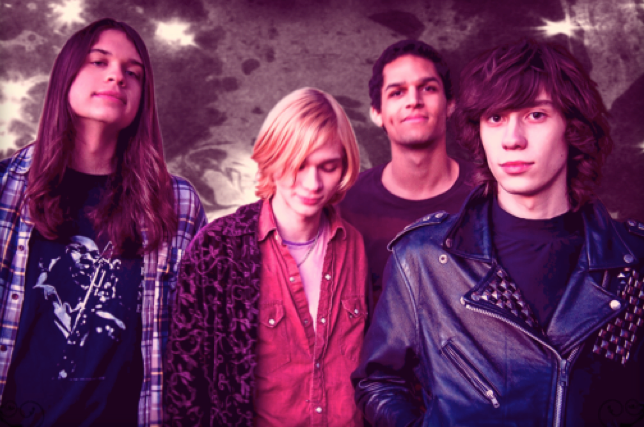 SELF-TITLED DEBUT EP DUE OUT 4/14
"However you'd like to classify them is up to you, but what it boils down to is [The Cuckoos] are just a great young band that has a promising future." -Pancakes & Whiskey
"Imagine The Doors, Joy Division, and Rick James writing songs with Tame Impala and you start to get an idea of the rock and rollmagic being conjured by Austin group The Cuckoos." -Glide Magazine

Psychedelic rock band, The Cuckoos, are premiering their new single, "MindBreakthrough", exclusively today with Pancakes & Whiskey. Listen HERE. "Mind Breakthrough" is the latest release from The Cuckoos' forthcoming self-titled debut EP, due out 4/14. The EP's lead single, "Get It On", premiered with Glide Magazine, who noted, "Charismatic lead singer Kenneth Frost definitely brings to mind Jim Morrison, but even with the presence of an organ there is a more modern dance groove happening that makes you want to gyrate." For more information on The Cuckoos, please visit: http://www.thecuckoosaustin.com/
Earlier this month, The Cuckoos appeared at their first SXSW and announced a string of additional Texas tour dates surrounding their EP release. The band will be playing in cities like Houston, San Antonio and Dallas, in addition to their hometown of Austin. See below for a full list of dates. To stay up-to-date with the band's tour schedule, please visit their website or Facebook page.
Drawing inspiration from vintage pop, psychedelic rock, funk and blues, The Cuckoos have been recognized for their ability to bring back the sounds of the 1960s in their original songs. Classic Rock Magazine christened their psychedelic garage rock "spectacular," declaring the band "hip young dudes who mine the late sixties acid rock scene for inspiration, but sound so authentic you'll think you're having a flashback."
The Cuckoos were formed in 2014 by lead vocalist/keyboardist, Kenneth Frost, and lead guitarist/backing vocalist, Dave North. To flesh out their lineup, North introduced Frost to a pair of his longtime friends, including powerhouse drummer Cole Koenning and bassist Eric Ross. Together, despite their young ages, the four musicians have quickly amassed a body of work that evokes a nostalgic classic-rock sound, yet remains fresh and innovative.
In their short time as a band, The Cuckoos have earned a number of accolades, including #1 Psychedelic Band to See Live by Classic Rock Magazine (Pink Floyd Issue), and #1 Emerging Psychedelic Band by The Deli Austin in 2015. "We just want to make music that makes people feel good and feel bad," Frost explains. "We just want them to feel something; something that's passionate and honest."
"Mind Breakthrough" is the second single from The Cuckoos' self-titled debut EP, due out 4/14.
For more information please visit:
http://www.thecuckoosaustin.com/
https://www.facebook.com/thecuckoosaustin/
https://twitter.com/TheCuckoosATX
https://instagram.com/thecuckoos
https://soundcloud.com/the-cuckoos 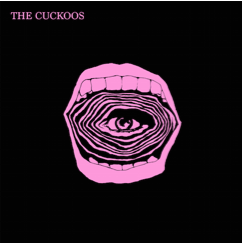