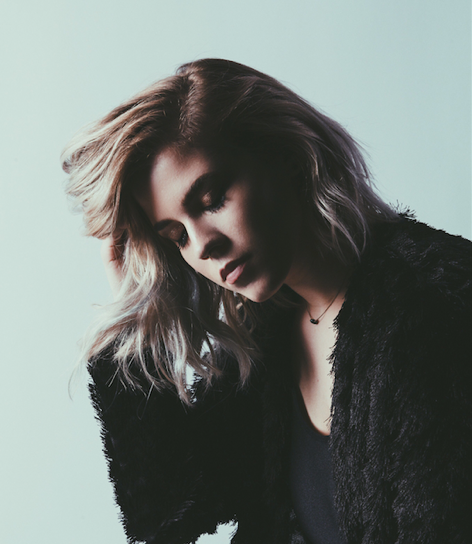 March 28, 2017 - New York, NY - SEE, the twenty-one year old singer/songwriter and multi instrumentalist, teamed up withARTISTdirect to premiere her new music video for "Green Line Killer" today! Watch the video exclusively with ARTISTdirect, here: https://goo.gl/gmUKNa
SEE's EP Ties was officially released on June 24th through Blue Élan Records and was produced by Brad Wood (Smashing Pumpkins, Liz Phair, Sunny Day Real Estate, Pete Yorn).  The five song EP successfully pulls elements of pop, alternative rock, and singer songwriter genres which separates SEE from any other artist today.
The music video for her single "Potions" has skyrocketed with the video and has received over four million plays since its release.
After teaching herself the drums, guitar, bass, piano, and more, she began writing original songs at the age of 15 and eventually became the primary songwriter and drummer for an alternative indie rock band based in Long Island. At the age of 18, SEE began to sing and perform as a solo artist and decided to forgo college in order to pursue a music career full time.
With undeniable talent, drive, originality, and ambition, SEE is well on the road of achieving her goal of being one of the most influential artists of her generation. Now 21, she has been featured with the likes of Newsday, Paste Magazine, AfterEllen, and more.
Upcoming shows
April 14th - Amityville, NY - Revolution Bar & Music Hall
April 19th - Philadelphia, PA - Milkboy
April 20th - Arlington, VA - Iota Café
April 22nd - Baltimore, MD  - Metro Gallery
April 26th - New Haven, CT  - Café Nine
Learn more about SEE at www.eyespysee.com
Follow SEE
www.facebook.com/eyespysee
www.instagram.com/eyespysee/
https://twitter.com/eyespysee
www.youtube.com/user/eyespysee
BANGS! cowgirlzen New Music SEE