THE MRS PREMIERE LYRIC VIDEO FOR "CRAVINGS" WITH UNWRITTEN 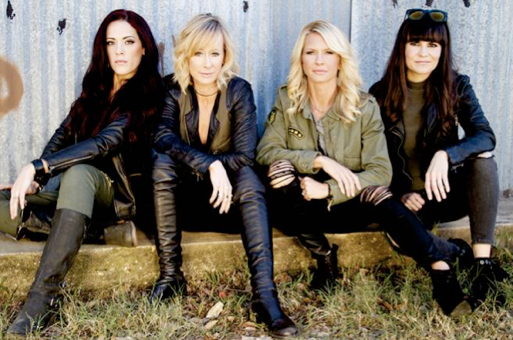 SELF-TITLED DEBUT ALBUM OUT NOW
Austin, TX - April 25, 2017 - All-female pop-rock band, The Mrs, are premiering the new lyric video for their song, "Cravings", exclusively today with Unwritten. Watch HERE. "The Mrs is a Texas-based all-female band that's setting out to change the way women view themselves and their place in the world," Unwritten notes. "Today, young women need more than ever to feel as if they're enough, and that's exactly what The Mrs is here to relay to all the ladies of the world." "Cravings" is featured on The Mrs' recently released self-titled debut album, available now on iTunes, Amazon and all other digital platforms. For more information on The Mrs, please visit: http://themrs.com.
The Mrs' self-titled debut album, which officially released on March 10th, is designed to connect with today's contemporary women who strive to live a full and active life, without limitations. The band's music speaks to the modern woman, exploring the daily reality of wives and mothers, while offering a support network and a message of empowerment, in an effort to shift the cultural tide. In support of this debut album, the band performed at SXSW and Texas Rockfest this past March, and look forward to more tour dates in 2017.
Drummer and band founder Andra Liemandt expresses the mission of her all female, four piece pop rock band:  "I began writing songs to connect with women like me -- mothers who strive for a full life and want to have it all: personal relationships, careers, marriages and friendships. We want to experience a multitude of life experiences that aren't often portrayed on mainstream radio. Soon, my personal project turned into a movement when I formed The Mrs, to help women see themselves in a more positive light and change the negative self-talk that happens when they look in the mirror."
The Mrs features Andra Liemandt on drums, Mandy Prater on guitar/vocals, Jenny Mason on bass guitar and Larissa Ness on keyboard/vocals.
For more information, please visit:
http://themrs.com
http://facebook.com/themrsband
http://twitter.com/themrsband
http://youtube.com/user/TheMrsBand
http://instagram.com/themrsband
New Music THE MRS