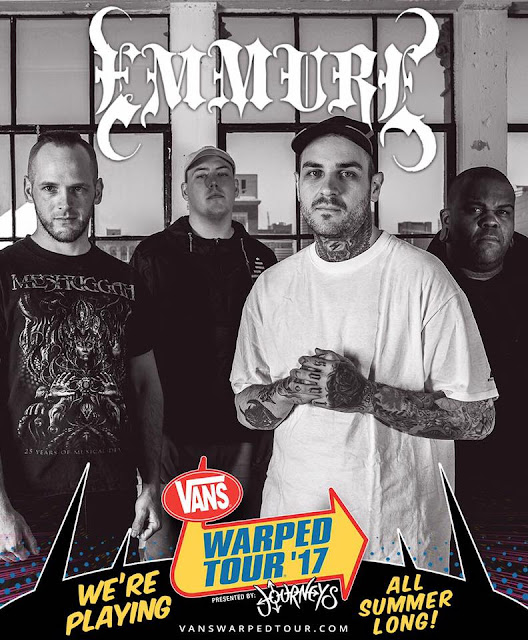 Emmure has been delivering hard rock hits for ten years now. Last year the band experienced a reboot—several members left—now founding member and lead singer, Frankie Palmeri, is feeling rejuvenated with help of his new band mates. Joshua Travis, Phil Lockett, and Josh Miller mesh with Palmeri on stage so well; perhaps because they are all seasoned musicians, perhaps because the pieces finally fit.

Emmure's new album, Look at Yourself, has the same brutal lyrics and gnashing vocals fans have come to expect. Josh Travis' guitar skills are well known in the scene; his signature sound can be heard in previous bands the Tony Danza Tapdance Extravaganza and Glass Cloud. Lockett and Miller were also members of Glass Cloud, which also adds to the members' seamless transition. Palmeri notes that this album is the best one so far; fans seem to agree.


Emmure is wrapping a tour supporting After the Burial and just announced it will be playing Vans Warped Tour this summer.

Interview with Frankie Palmeri of Emmure

Emmure
"Flag Of The Beast"