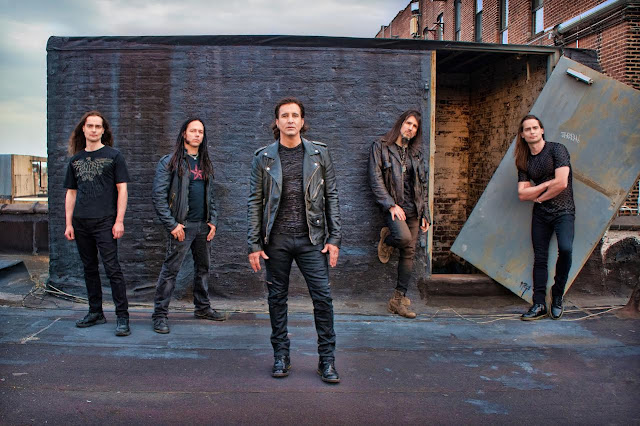 Song River:  So many diverse talents have merged into this unifying rock element. Do you feel that each particular artist's own thumbprint can be identified in the new album, 'The Madness?'

John Moyer: It's going to be inevitable that you will hear our styles come through but there was a purposeful attempt on everyone's part to push ourselves to perform and create in ways we never did before.


SR: Describe this album, The Madness. Reach deep into its lyrical content.


John Moyer: This album tells a story of loss and addiction and what it takes to overcome it.  Scott Stapp reaches deep into his personal experiences and you can hear it in the conviction of the performances in this record.

SR: Even the album's artwork seems to symbolize a message. Talk about that and who did the artwork?

John Moyer: Marc Sasso is one of my favorite album artists. He has a great style with lots of hidden images as well as obvious meanings. The black crow and the dove shows the struggle between good and evil, addiction and sobriety.

SR: If there was a base message that has risen from and represent Art of Anarchy what would it be?

John Moyer: Our past makes us who we are but our future is not written.

SR: Society and Culture is moved by music. Each member of Art of Anarchy has walked through fire of one type or another. What is it at its base core that you want the music to do for folks?

John Moyer: I have always played music that gives people hope, strength, and inspiration. Hopefully with AOA I can continue to do so.

SR: We all fall. When Scott became a part of this project how has the overall reaction been?

John Moyer: The fans have been very positive. More supportive than we initially expected.

SR: Ron Thal is a perfectionist when it comes to your work. Is a song for him ever done?

John Moyer: We try to reach a point where it's not about whether the song is getting better or worse it's more about personal preference and taste with the finishing touches.

SR: Thal and both Votta brothers, there was a chemistry within your music that went beyond just being friends and hanging out. Is such a revelation of connectivity and rarity do you feel nowadays in the industry?

John Moyer: Every new project is a work in progress that takes time to develop. Even when there is a chemistry it takes a lot of work and long hours to create something that sounds good for everyone.

SR: The is an incredible amount of power behind not only the songs on The Madness, the video and such... but in just listening to the force that wells up in every note- Art of Anarchy has lifted the bar of powerful rock. Is it enough for each of you to be a part of this writing/playing and producing along with a bit of touring at this stage of the game?

John Moyer: Thank you for the kind words. We just want to be able to cultivate this into a situation that we can tour and bring this to as many people as possible.

SR: Would you each say ultimately you have learned what contentment is and what living your passions in a balanced manner is?

John Moyer: I don't think any artist or musician is ever truly content. There is always a drive to be better and to discover the next level of what you can do.

SR: Next video/single title chosen yet and approx drop date?

John Moyer: We just shot the video for "Echo of a Scream." That will be our next single which we will be pushing soon.

John Moyer: Another day to prove myself, laugh, and rock the stage!

Art of Anarchy "The Madness" 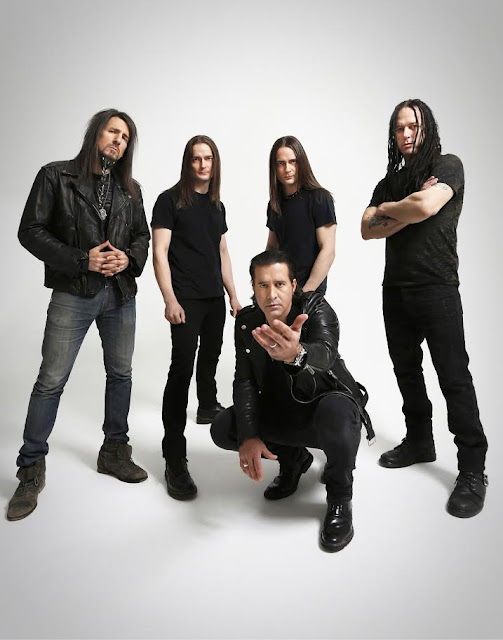