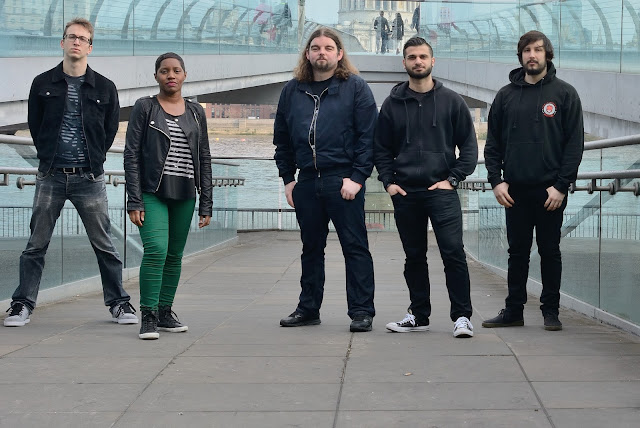 Question: Talk a little bit about your music. Why is it your felt most comfortable in the type/style of music you create and produce?

Scars From Rain (band is divided up their answers separately): It’s energetic, it’s fun, it gets people going and while it is similar, in some ways, to a lot of the bands that I listen to, it also sets a challenge.

Jose: In metal, it works because we prioritize the way we write riffs to be something that excites us. We search for an element of energy, within lines we write and chord progression that we choose. Heavy Metal is a great platform to explore massive soundscapes and it gives a number of possibilities to do that. It pushes you to be involved in it.

Stefan: It releases a lot of energy and makes you feel it more than Classical music! It’s music that you feel rather than just listen to it.

Felipe: I come from a technical metal background, so I feel really comfortable playing this style, but to me any type or style of music is always a challenge, I been playing in different bands and styles so to me the important is to create something that makes you feel something and add details to the music that make it stands from the rest, so it can be very technical or easy to play at the end is creativity what it matters.

Question: An artist wants their music to make their fans 'feel.' When the lyrics, melody and parts are being worked through what tells you as an artist- this is it?

Mike: Overall, the songs are not meant to be too serious in content and are generally about the usual things rock songs tend to be about (love, loss, sex etc) However, sometimes the lyrics will get into some heavier topics for the songs we haven’t released but do play live. It’s a combination between wanting people to have a good time and enjoy the music and, if they decide to go deeper into it, provide lyrics that can provoke a reaction.

Jose: When it flows supernaturally and feels like each section belongs to the next. Each songs ends up the way it is, when people mutually agree that it’s ready and cannot be improved on.

Felipe: I just think in music as an art so I like that music have that part of every one of us interpreted a song in a different way that have different meaning to each of us.

Mike: We want to wake them up to our music, which is why we play it loud!

Jose: The art of playing live and encouraging people to come and see us. To appreciate bands more, in terms of paying for music, and being able to support the artist that you love (in this case us)

Felipe: Well as I say before this is a music band, so like artist this should be done because the artist wants to. First of all, I do music because of me and just want to expires feeling and ideas, so I just do it because I like it and don’t want to change the world with this.

At the moment, I work out to Alter Bridge Songs, so the top five this morning were:

All by Tremonti – Stefan

Horse the band
Animals as Leaders
Born of Osiris
Polyphia
Veil of Maya.

Question: What does the most supreme tour line-up for your band would look like?

Question: Who in the band or group is the loudest most outgoing extrovert?

Mike: I would say either myself or Felipe. The again since he gets to use the drums it’s probably him, especially when he starts holding the note for “Lovely Day “ by Bill Withers!

Felipe: Well I think my colleagues will say me, but I’m really a very introvert person LOL.

Question: Who in the band or group is the quietest least social introvert?

Mike: Grace. I think one day she’s going to find a way to blend into the walls!

Mike: Guitar. I learned to play about 9 years ago. I gave my acoustic away before moving from Dublin to London.

Stefan: I first learned to play Piano, I was 7 and I’m not sure what happened to it.

Jose: Guitar, I was 8 when I first got it. I still have it, it’s in my wardrobe!

Felipe: Piano as well, and no don’t have one anymore.

Felipe:  the best thing human kind have ever created”

Mike: Music takes me places, whether it’s a place to forget about everything negative or to work through the negativity that tries to surround me at times. It’s always needed, but not always welcomed”

Question: Favorite Fast Food Pit Stop any time before or after a performance is?

Before our performances it’s just organically become Byron (Skinny Clucky with Sweet potato fries)  and Japanese food. After the performance, it’s just anything that’s at home.

Light Within My Misery - Scars From Rain 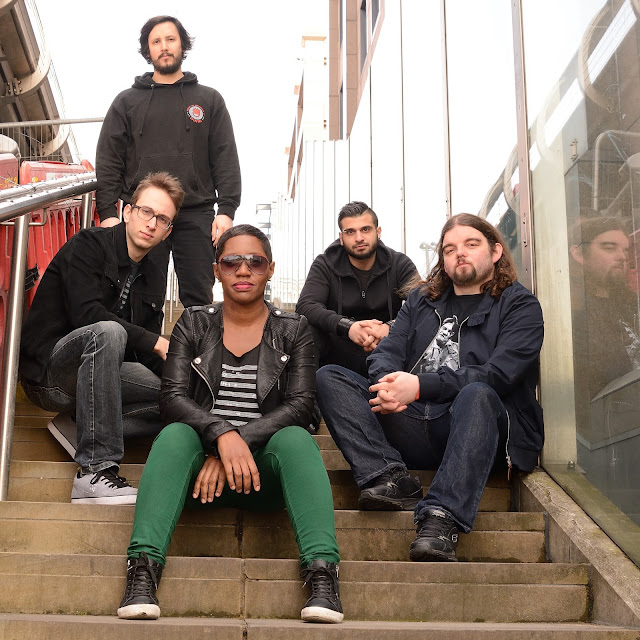