FLASH FRIDAY! Show Us What YOU Got!
Album Reviews in a Flash!

May 12, 2017
Album QUIPS on our FLASH FRIDAY! FIVE ALBUMS FIVE BLURBS ABOUT THE ALBUMS!
SHOW US YOURS! FLASH FRIDAY ON BANGS!

Music For Everyone, is a project recently-announced that consists of a compilation of musicians and artists united to take action in this fiery political environment.  It is to benefit the American Civil Liberties Union (ACLU). For more information and testimonials from the participating artists on why they wanted to be involved, please go to www.musicforeveryone.us. 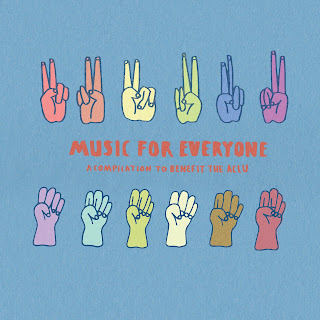 The arts world, especially music, raise their vocals and talents once again to fight for a cause they only way they know how to- in unison musically. Much like the 1985 style days of social and cultural awareness when several bands joined forces and created the single "We Are The World" to aid Africa. With musicians such as Frank Iero, The Republic of Wolves, Answering Machine, Baggage, Anti-Flag, Taking Back Sunday and so many more we are once again witnessing a piece of rock history happening.
Will there be a Everyone Aid this go around? Who knows, perhaps but for now to quote Bob Geldof, "Music is what I must do, business is what I need to do and politics is what I have to do."
For a project that stands in unison in a life so divided- BANGS! gives Music For Everyone 4.5 BANGS! 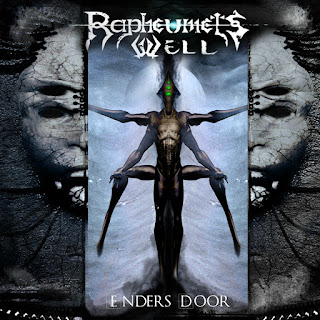 Heavy mythological overtures in metal form. Hauntingly melodic with deep throat riffs and swelling pulses of engorged brilliance. A multi-layered encounter mixing synth and specter female vocals along with the cataclysmic gateway to a dark operatic foray of sonic proportions. The chanting episodes are harshly languid. This is death/drama/decadence all bred to inject an experience.
- BANGS! Music & Entertainment For its uniqueness and execution alone BANGS! gives RAPHEUMETS WELL 4 BANGS!

Fire From The Gods 'Narrative Retold' Rise Records Release May 19, 2017
That story stems directly from AJ’s life. Born in the Bronx to a single mother of Jamaican descent, he spent his childhood moving between London, New York City, Los Angeles, Norfolk, and even Ghana where he attended middle school. Drawing from this diverse experience, he speaks with unmitigated honesty about the state of the world. 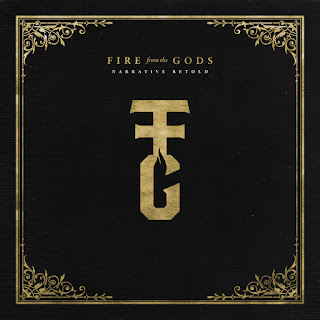 Fire from the Gods breathes multi-cultural layers as it unfolds a life story. This isn't just an album of hard rock this is a heavy trip into a music autobiographical truth mixed in with a heavy sound. The message is clearly woven throughout the album 'Narrative Retold' as the blending of rap, rock, metal, reggae, create a new sound. This is what music today is about- global mixing of where we came from and it leads us to where we are going. There is a timely resonating message embedded and it speaks clearly without a dogmatic bite. Layers of outstanding lyrics mixed with excellent musicianship makes this an album you must have.
- BANGS! Music & Entertainment We give Fire from the Gods 5 BANGS!


CORRODED Defcon Zero Despotz Records
Defcon Zero isn’t just Corroded’s first new album in five years – it’s also their first release for Despotz Records, which has opened brand new possibilities for Corroded and given them the firepower to further strengthen their position - both nationally and internationally - picking up right where 'State of Disgrace' left off without missing a beat. 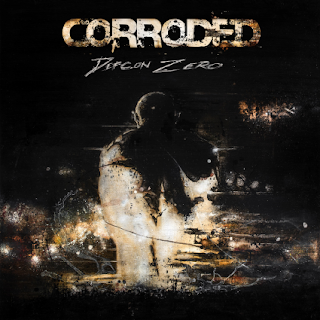 With a strong hold in their music created for the video game Battlefield and writing background music for the television show "Expedition Robinson" (aka "Survivor") Defcon Zero is well-known for what it delivers. Corroded fans have waited five years since the band's last release- this one is the first on Despotz Records. Through all eleven tracks fans will hear what they have always loved about the driving power behind Corroded music. The vocal power that Jens Westin brings spins this album through hard driving rock to metal overtures. It is so well-balanced and a complete rock album with an aggressive progression and a melodic delivery.


LIV SIN Follow Me Despotz Records 28 April 2017
LIV SIN was born. Liv searched the Swedish landscape for a new band that could help her create a new collection of songs that show the power, sexiness, and attitude that Liv is known for. Liv says: "For me, it has never been an option to stop singing. I live for the stage and for my fans. I still miss Sister Sin, but I am very excited to work on my own project, and I can promise it will not be some soft pop rock. This is going to be metal deluxe, because that's who I am!" 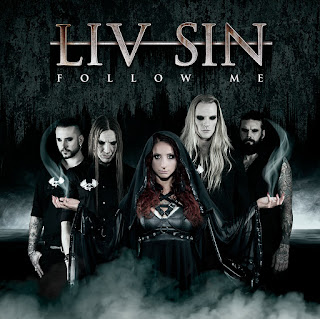 A banshee screaming of torrential nightmares blister the airwaves with speed and vex. Liv Sin does everything at high speed.  This is intense metal that throws you down the highways of life. To an untrained ear of this genre it may sound as if every track is closely related, but it this isn't the case. Lyrically 'Follow Me' is meaty and instrumentally they know what they are driving. Lead vocalist Liv Sin isn't leaving anything to chance or behind- this is metal to drive the stake solidly through the metal rock heart.